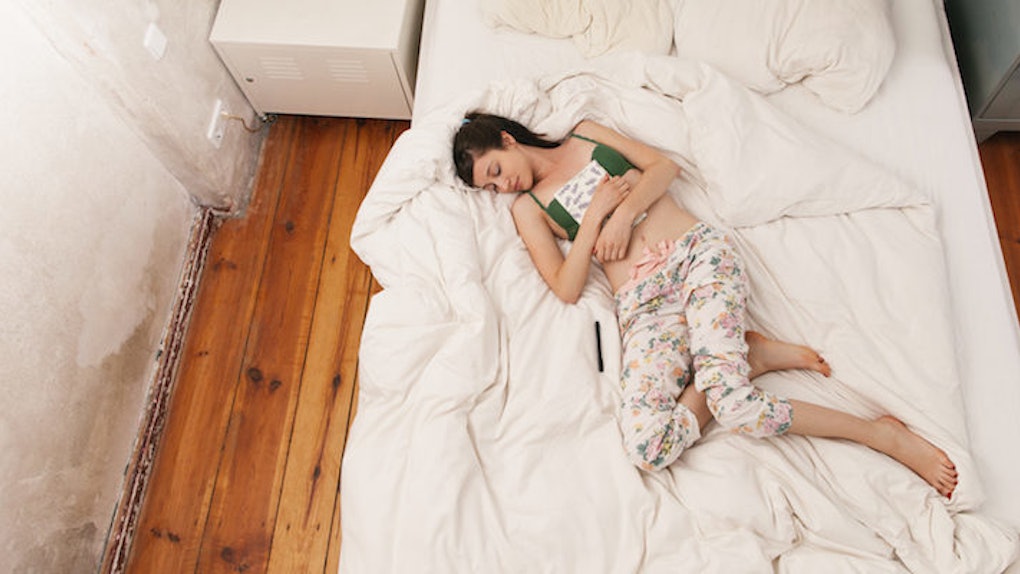 What Your Favorite Sleeping Position Reveals About Your Personality

This article was written by Elyse Wanshel, original content writer at LittleThings.com.

We all sleep, but did you know the way you sleep says a lot about who you are as an individual?

For instance, Leonardo da Vinci took 20-minute naps every four hours to recharge his intellectual batteries; Charles Dickens slept facing north because he felt it improved his creativity, and these baby otters make squeaky toy noises as they nap because they’re cute enough to make you squeal.

Most of us don’t have as eccentric sleeping habits as Mariah Carey, who surrounds herself with 15 humidifiers before she takes a siesta, but slight subtleties in our snoozing styles says as much about who we are as the music we like, the color we’re drawn to or the life paths we choose.

The position in which we sleep seems like a completely subconscious choice, but who we are dictates which positions are the most doze-worthy for dreamtime.

It seems if someone really wants to get to know someone else, the secret’s in the slumber.

How do you sleep at night? On your side, back, or your belly? Believe it or not, it says a lot about who you are when you’re awake.

Which is your favorite way to sleep? Pick one and keep reading to see what it says about you:

Log position, in which the sleeper lays on his or her side, legs extended straight and arms by his or her sides, is the second most popular position.

Though the position looks stiff, a person who sleeps like this is anything but rigid. Log sleepers are very social and easygoing people. Although they like conversing with all kinds of people, they definitely prefer running with an A-list crowd.

They are also very trusting, which can sometimes make them seem a little gullible.

The yearner position looks a lot like the log. The sleeper snoozes on his or her sides, but arms are stretched out in front, kind of like a mummy.

Studies say people who choose this position are usually very inviting and open. Yet, they can be suspicious and are often very cynical.

Yearners are also as slow as turtles when it comes to making decisions, but once their minds are set, they’re as stubborn as a mule about changing them.

Attention! A person who sleeps in soldier position is one who sleeps on his or her back with arms straight down at his or her sides.

Solider sleepers also live up to their name, tending to be strong, silent types who don’t like a big fuss. They are very structured and take themselves, and those around them, very seriously.

This also means they have high expectations for themselves and others around them. They have a tendency to snore as well.

Freefaller sleepers doze on their stomachs, head to the side, with their arms wrapped around a pillow.

As the name suggests, freefaller sleepers have open, gregarious and playful personalities.

Yet they can be so to-the-point that it comes off as brash. They may seem free-spirited most of the time, but freefaller sleepers are also secretly anxious and crave control.

Although they tend to be risk takers, they’re surprisingly sensitive to criticism as well.

The starfish position is the least popular slumbering style. Starfish sleepers lie on their backs with their legs stretched out and their arms stretched up by their heads, looking a bit like a cactus.

People who snooze in this unconventional style are very loyal pals and make friendship a huge priority in their lives. They love hearing the problems of others and will go out their way to help when they can.

Makes sense, since it is the position makes them look like they reaching their arms out for a hug.

The fetal position, in which a person sleeps on his or her side with legs curled up, is one of the most popular.

In fact, according to a survey performed by sleep specialist Chris Idzikowski, PhD and author of the book, "Learn to Sleep Well," 41 percent of people sleep this way.

If you fancy the fetal position while you catch your Z's, you may seem to have a tough exterior, but are very shy and sensitive on the inside. These sleepers can also overthink a problem and worry unnecessarily.