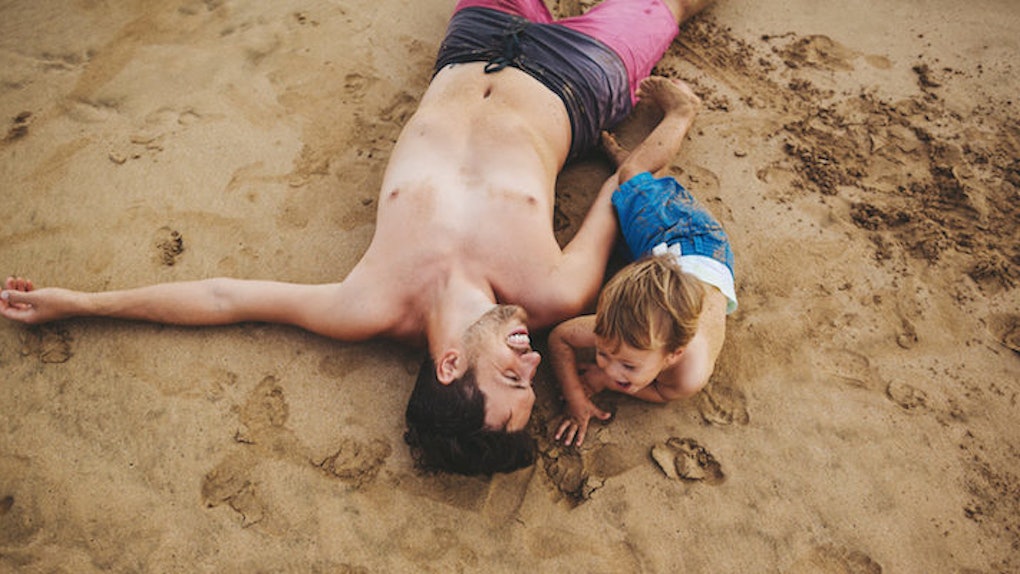 Screw The Status Quo: Why Single Parents Need To Break The Mold

The status quo went out the window around the same time I mastered multitasking while nursing a baby, conducting a client conference call and making lunch, all at the same time.

Single parents are here to stay, and we need to break the damn mold.

Opportunities are often disguised as challenges.

People say parenting is the most difficult (yet rewarding) job you’ll ever have in your life. And single parenting is even more challenging. Raising a child (or multiple children) singlehandedly isn’t for the faint of heart.

But many times, our biggest opportunities are disguised as our biggest challenges. Having children gives us the opportunity to view the world from a different perspective.

We start to look at things and respond to things in other ways than we did in our pre-child days. Our new lease on life is an incredible advantage, and it's potentially a major opportunity.

It can give rise to new relationships, new business ideas and a new social circle that we otherwise wouldn’t have had.

But, those opportunities mean nothing if we continue to sit on the sidelines, in a pit of self-despair because we haven’t gotten out of the single-parent "victim" mentality.

When my son was 9 months old, I decided to take my first business trip with him.

I flew from NY to Las Vegas on a red-eye flight, and the highlights included him spilling a drink on the passenger next to us, peeing through his diaper and endless hours of crying (about five, to be exact).

We got to our hotel at midnight only to realize our reservation had been lost.

Our hotel was several miles away from my other business partners, and my son cried through the entire two-day business conference.

To top it all off, the trip ended with our return flights getting canceled due to Hurricane Sandy. Thanks to the inclement weather, we got to experience the joy of riding home on a Greyhound bus.

Do you think I ever traveled with him again?

Any sane person might not have, but I sure as hell did! All mishaps aside, the relationships I made on that trip (and all the subsequent trips) have extended far beyond just business, and it’s all because of the conversations that were started by bringing him along.

Investing time in children pays in dividends. After all, they’ll be the ones conducting our hip replacement surgeries and fronting the money for our sweet retirement homes.

But, aside from being our most important investments, our kids are also our greatest sources of inspiration.

My son has given me inspiration in ways I didn’t even know existed. You know that feeling I’m talking about.

Every time I feel like quitting, I look at him and the desire to give up subsides.

Following our dreams is undoubtedly harder as single parents, but instead of giving up on those dreams, we should be using our children as inspiration to chase the dreams harder and more quicky.

Our kids are paying attention to the way we hustle, so save the excuses.

Raising a generation of rule breakers is the best thing we can do.

Anyone who’s ever done anything significant or ground-breaking will firmly agree: Rules are made to be broken!

We lead our children by example, and they need to see we’re not going to sit around and be content with societal-imposed norms that no longer serve us.

Following the status quo isn’t part of our rule book.

Leading children by example and teaching them to question everything will create a generation of innovators, leaders and influencers.

I don’t care what the public school system will have you believe, it’s just the truth.

Some of the world’s most brilliant teachers, inventors, businesspeople and scientists began by daring to go against the grain.

Single-parent households aren’t going away anytime soon. It’s no secret that in the past five decades, societal norms have changed drastically.

If women and young, self-educated entrepreneurs have been able to make the dramatic strides we’ve seen in recent years, single parents can, too.

Whatever that thing is you’ve been putting off, do it now. Start that damn business, plan a solo backpacking trip with your kid and go back to school.

Rules are not only meant to be broken, but they usually don’t even exist outside the constructs of our own reality.

The hand that rocks the cradle rules the world. And we’re raising the generation that will soon be ruling that world.