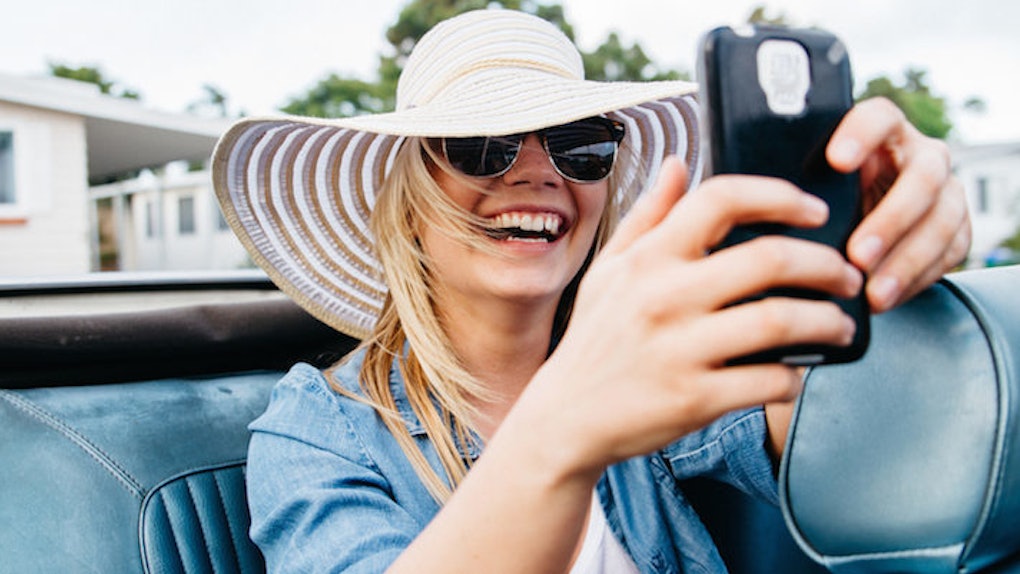 Singledom Is Not Awful: Why The Single Community Is Thriving

Singledom: It’s a term that has become all-too-real for those of us who seem to be perpetually single.

We started out dating the traditional way, meeting through a mutual friend; he would pick you up at the door with a rose in his hand. But, somewhere along the way, we have reluctantly succumbed to swiping left and right on Tinder during bathroom breaks at the office.

We’ve gone around the block a few times.

We were single 10 years ago. And, now, when our girlfriends are engaged, married and popping out kids, we are still single. We thrived back when being single was considered the norm, when it was considered both fun and the ultimate freedom.

A recent New York Times article spoke about women like us. It stated that despite being increasingly celebrated, being alone still sucked. You might hear us whine about being single or about wanting to share our experiences with a partner.

We may wonder what in the world we’re doing wrong because we can’t make a relationship last longer than a few months.

But what people don’t realize is this: We are still thriving (even more so) today. And here's why:

1. Being single gives you time to develop into yourself.

Singlehood, at any age, is a time to discover who you are. We are not inherently the same throughout our lives.

We are constantly changing, growing and developing new skills. And there is nothing like being single to give you the time you need to figure out who you are.

We all have that friend who has never been single, and I mean NEVER. As soon as one relationship ends, she’s back in the confines of another.

It can be difficult to discover who you are as a single, individual person when you are always a part of a couple. I’m sure it’s a beautiful thing. But being single, independent and entirely comfortable with being alone is ALSO beautiful.

Because many single people are focusing on themselves, or let’s face it, trying to get laid, they put the effort in to stay fit and healthy.

People get comfortable in marriage and, as a result, can often let themselves go physically. Single people are more likely to head to the gym to get or maintain a hot bod.

How many times have your eating habits plummeted when with a boyfriend, or even with guys in general?

Before you know it, you’re eating nachos for dinner four times a week and you can’t remember the last time you saw a green vegetable.

Single people spend more time preparing healthy meals and nourishing their bodies with nutritional foods than those in a relationship.

Sleep is a factor in health, and it’s been said single people actually get more sleep than those in a relationship. Don’t get me wrong; sex and cuddling in bed are great. But sleep is a glorious thing, my friends, and we single people do it well.

The biggest excuse for people when it comes to traveling is they don’t want to leave their partners or go alone.

Granted, this is the main reason why none of my relationships have ever worked out, but travel has proven itself far more rewarding and exciting than staying home for a significant other.

There are some couples who see the world together. But more often than not, it’s single people you’ll meet on the road.

Single people have fewer obligations keeping them stuck in one place, and they have learned how to enjoy their own company. This makes them more apt to follow their heart -- or those last-minute flight deals -- and go on an adventure.

4. Single people have a more diverse group of confidants.

Single people make more of an effort to keep in contact with their friends, family and coworkers.

We are able to focus on nurturing these relationships in a way that allows them to thrive. We keep these people very close to our hearts.

We have managed to develop an innate sense of self and a fierce independence.

We are fully capable of standing on our own two feet, changing our own car tires and removing that spider on the wall with minimal girlish squeals.

The world tells us we must be tired of leading single lives, and deep down, we are all searching for our other half. This statement isn’t necessarily true: We can be our two halves on our own.

We may not want to abandon our singledom. We may find absolute enjoyment in our single life. We embrace it, and it allows our lives to flourish.