By the time his senior year of high school rolled around, Bob Mathias had developed into a talented track athlete. He could run fast, jump high and throw far. Given his wide-ranging talents, his high school coach suggested that Mathias try a decathlon, a grueling combination of 10 track and field events.

Mathias succeeded immediately, and he won his first competition. Just a few months later, he qualified to compete in the 1948 Olympics in London.

Completely off the radar before heading into the competition, Mathias stormed the Olympics. He placed first in four of the 10 events, and even won the gold medal. At just 17 years old and fresh out of high school, Mathias became the youngest gold medalist to ever win a track and field event.

When news of his victory reached his hometown of Tulare, California, the local factory blew their whistles for 45 minutes straight. He had entered the Olympics as an unknown kid, but he returned to America as a national hero.

How did a teenage underdog develop the self-confidence required to win a gold medal on the world's biggest stage? What type of mindset did Mathias bring to his competitions? What can we learn from it?

The Art Of Self-Confidence

Years later, after his own athletic career was over, Mathias was coaching a young pole vaulter who was struggling to reach a new height on the crossbar. As the story goes, the young athlete failed to clear the bar over and over again. Aware of his deteriorating performance, the athlete looked up at the bar, filled with fear and frustration. He began to doubt himself, and froze up completely.

After pondering the situation for a moment, Mathias looked at the young man and simply said, “Throw your heart over the bar, and your body will follow.” 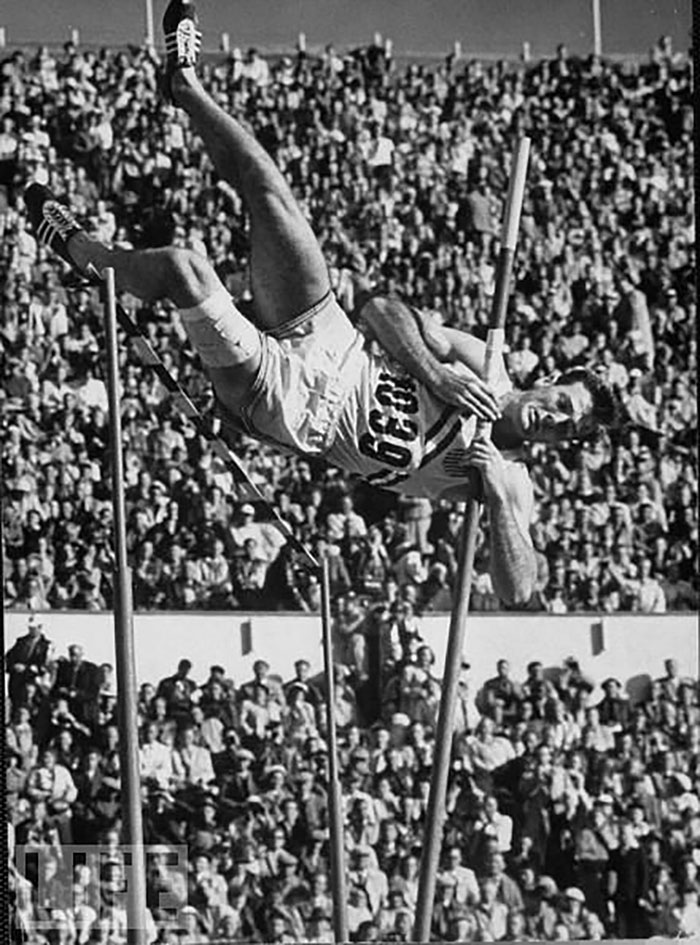 There is a moment in each pole vault when the athlete must let go of the pole -- the only anchor to the ground, and the only thing the athlete can control -- and commit to floating through empty space, without fully knowing if he or she will clear the crossbar.

In my experience, life is pretty similar. If you want, you can hold on to what you know and stay anchored to where you are. However, if you want to rise to a higher level and find out where exactly your ceiling is, you need to throw your heart over the bar and step into the empty space.

Here's the thing: We often think that the empty space is just a stage to pass through. We think it's a transition state, a moment of uncertainty on the way to something else. But it can be much more than that.

Mostly, self-confidence is just a willingness to let go of what is comfortable. Slide into uncertain air, and trust that you'll be OK. “Throw your heart over the bar, and your body will follow.”

James Clear writes at JamesClear.com, where he shares science-based ideas for living a better life and building habits that stick. To get his strategies for boosting your mental and physical performance by 10 times, join his free newsletter.

This article originally appeared on JamesClear.com.