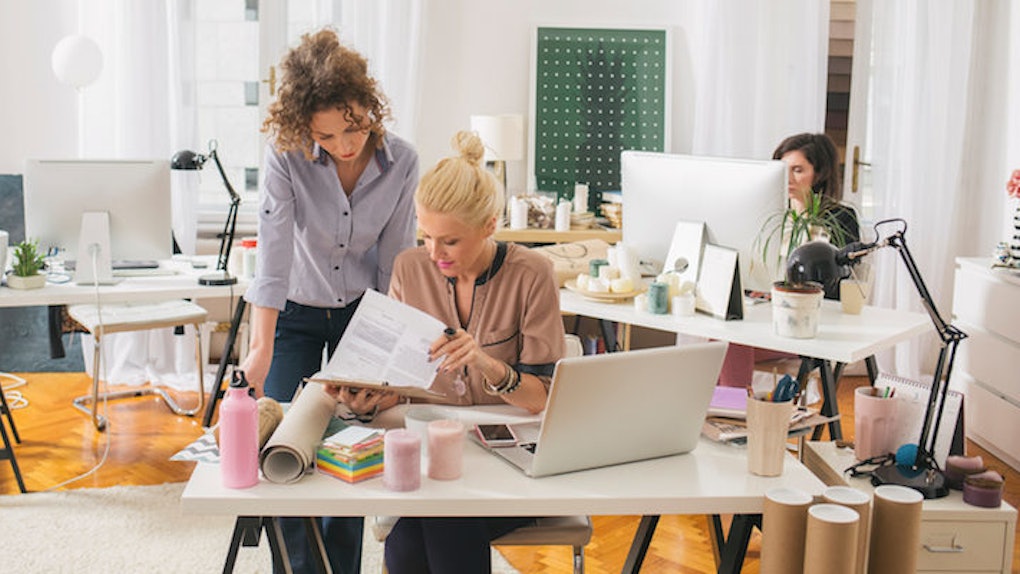 Who do you imagine is a door-to-door salesman? You think of someone greasy, sleazy and desperate with rehearsed speech, right? Think again.

Picture this instead: A young woman with two college majors and a minor who has traveled half the world and speaks three languages. That's who. So, why am I at your door, and how do I convince you to spend money on something you don't need?

Door-to-door salesmen are not all debt-ridden suckers who could only obtain that one job. Upon graduating from college, I had a few options. There was your typical office cubicle, cold calling and HR careers on the table, promising potential glory 40 years ahead in the future. F*ck that.

I thought it was way too conventional. I'm a traveler at heart. I moved to the US from Bulgaria alone at age 16 as an exchange student and have stayed ever since.

So, I've always enjoyed flirting with risk, you see. I picked up my way too expensive piece of paper on graduation day and headed to Massachusetts, where I began my "career" as a door-to-door rep.

The beginning was rough. I'm not talking "Oh, that person already had what I offered and politely declined" rough; I mean calling the police on my ass type of rough. Before I left the training base of my company (a bare office consisting of a few chairs and white boards, proving that the company moved around a lot), I was taught the fundamentals of not burning out on the "field."

Like a dedicated soldier, I studied how to break the ice, practiced a dozen stupid jokes each morning and ways to lead my target gently to my sales pitch and then through a series of (supposedly) very convincing arguments. I was supposed to "stuff the product down their throats" until I signed them up.

Think the "Wolf Of Wall Street" scene when he was pushing penny stocks in a garage with a bunch of losers. It was just like that, and our own rag-tag gang rampaged the streets of Massachusetts.

All in all, I failed miserably in the career. But here are some important conclusions I walked away with:

Three seconds, and it's over. If you look scruffy at the door, people will think you are shady, and there's a 90 percent chance of a door slam.

Always dress nicely. Hell, overdress even. Image is essential, and if you look better than the person you talk to, chances are, he or she will listen to you because you'll seem more appealing.

2. You'll need to be confident AF.

To be honest, half the time I didn't know what I was talking about. Is that a problem? Nah.

It's not what you say, it's how you say it. It's a corny saying, and it is for a reason. The reason is that it f*cking works.

Instead of saying, "Let's go out, it will be fun," say, "Everyone's going, this bar is never gonna have $0.50 wings ever again." Who cares if you exaggerated? Your job is to get people to do something, not to make them have fun or enjoy their product.

4. Keep up with the Joneses.

Let your target know that all of his or her friends already have the product, and he or she is falling behind. Say something like, "Amy, Tori and the entire floor of your dorm already have that pair of Tory Burch shoes."

6. If you want to feel like you've done something, use a soft close. For real results, use a hard close.

"Hey, let me sign you up (book tickets for Coachella), and you can go ahead and cancel if you change your mind" versus "Look, this makes perfect sense for you. In fact, you'll end up doing it anyway, so let's go ahead and sign you up (book tickets for Coachella) so you can get the most for your money, get the hottest outfit and have time to prepare."

"Can I just have a minute of your time to just let you know about the benefits my product will bring you?" No, f*ck off, Dee. Using the word "just" undermines the importance of what you're saying and makes you sound timid.

Instead, say, "Give me a minute of your time, and you'll see the benefits my product has for you." As a bonus, make a statement, don't ask a question.

Don't point out why people have made a wrong decision. Instead of saying, "Your Internet provider is the worst, so you should use this one," try, "It's time to upgrade, and this is the best technology on the market." Make them feel good about being progressive.

9. Ask about their lives.

Not literally, but the more you get people to talk about themselves, the more power you have to influence them. "Oh, you studied abroad in Barcelona? You'd absolutely love this restaurant."

Today's world loves to glorify titles. A barista is labeled a "coffee brewing specialist," so if you've got one of those phony titles, you might as well use it. Don't be "the area rep for company X," be "the account manager for company X in this area." I guarantee this will double your chances of being heard.

It's so easy, yet we somehow manage to forget about it. Repeat after me: "I completely understand how you feel." Say it even if you have no f*cking clue how it feels to have your hamster die because you think hamsters are glorified rats and belong back in the sewer.

For example: "I completely understand how you feel, and I wish I could help. Oh, and I need to take tomorrow off." Boom.

Again, this is something so simple and so frequently forgotten. People love the sound of their names because it makes them feel important.

People will not buy or agree to something they don't understand. So, then you go, "This is the fastest Internet on the market, which makes sense for your 10 laptops," or, "This is the best package they offer, and it makes sense for us to go to St. Lucia for 10 days instead of the Bahamas for eight."

Take this advice, and run with it. I didn't make money at that company, but I sure as hell became a proficient puppeteer, getting what I want from whomever I wanted. No one is immune to the salesman spell.