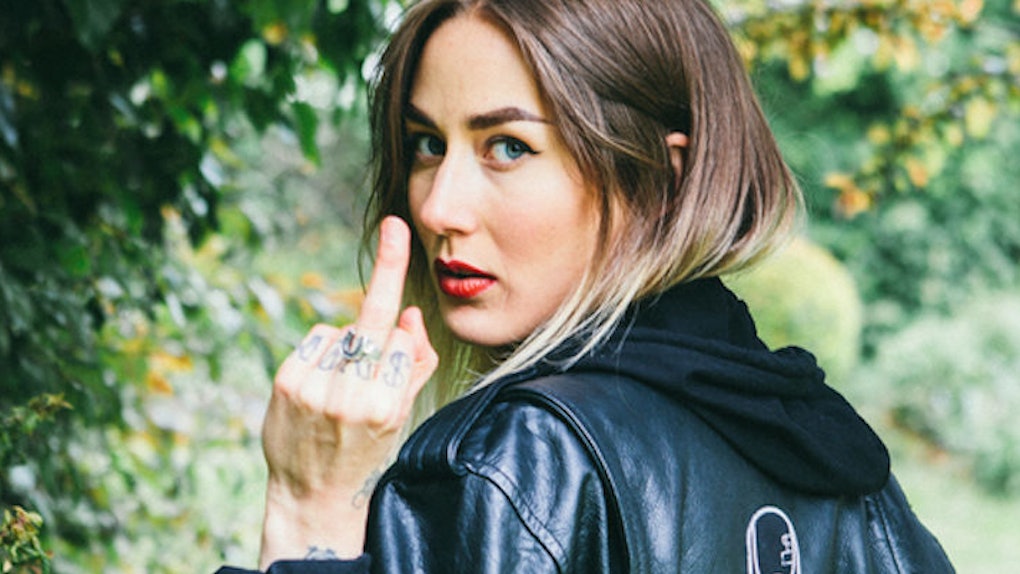 Because society sucks in many ways, there is constant, unwarranted pressure on women to look beautiful 24/7. We have to be as sexy as Beyoncé, we can't be crazy or overly-emotional and we have to be desirable.

For much of my life, I put men's opinions of me on a pedestal. If they thought something about me, it must be true, right? If they broke up with me for these reasons, there must be something wrong with me.

For some reason — like society, patriarchy and the "isms" that plague us — I have put so much stock in the male perspective with regard to myself, and it's f*cking bullsh*t. As feminist as I consider myself to be, I am embarrassed to admit how much I used to care about how the men I was interested in viewed me.

At 5'2” and plagued by the constant coos of, "You're just so cute" by men I liked, I worried that these men would think my height and baby face were unattractive, or just not hot enough. After frustratingly observing several conversations with male friends about women being too "paranoid" or "dramatic," I started to worry if my diagnosed anxiety would be undesirable to men.

I constantly worry. I care too much. I cry often because of this, and I always check in on the people around me. What if this is off-putting to the men I am interested in? This list goes on and on.

First of all, the only person's perspective and opinion of you that matters is yours. So there's that.

Secondly, we live in a society where some of the biggest companies, media influencers, fashion industries and policies are dictated, controlled and promoted by men. It's no wonder that many women feel pressured to be seen as desirable or likable in the eyes of men. Also, the relentless efforts made by women to be liked have plagued our gender forever. (Thank, you sexism. My hat's off to you.)

Anyway, this idea to be constantly prepossessing based off the perceptions and opinions of men is infuriating to me. After spending much of my Christmas break reading obscene amounts of feminist literature, I'm even more bothered by the pressure I gave into as a woman, simply in order to care about the way in which men viewed me.

I didn't want to trivialize this societal epidemic that is perpetuated by sexism and male-dominated standards of beauty by making a resolution about it. However, it did seem fitting.

So, I decided to not idolize the opinions, perceptions and standards made by men, especially when this is in relation to myself, my worth, my body, my beauty, my choices and my life. If you experience this as well, join me in this resolution.

It's unfortunate how much of an influence men can have on a woman's perception of her desirability. After a few broken hearts and unfortunate experiences with men, things I used to love about myself became insecurities. I'm sure many other women have felt this way as well.

My alleged desirability was knocked down a couple of pegs in the eyes of the men I was with. But now, I am owning my vulnerabilities, and you should, too.

Also, who cares if men think you're desirable or not? You should be the only one who has a say in that. If a man feels it is his "right" to define your worth, f*ck him. Go look at yourself in the mirror, and remind yourself why you matter. You are beyond worth it.

If you have ever doubted your desirability because of the way a man has made you feel, take your insecurities, all of the experiences in your life where you felt unappreciated by a man or partner and the quirks you have that other people don't love, and just don't give any f*cks about them. Seriously.

Make a list, and then publish it on a site so that people can feel bad about degrading or hurting you. Write a super rad feminist rant in a blog post. Or, you can just f*cking own it.

Know that you are desirable because you said so. All these men who say otherwise can f*ck off.