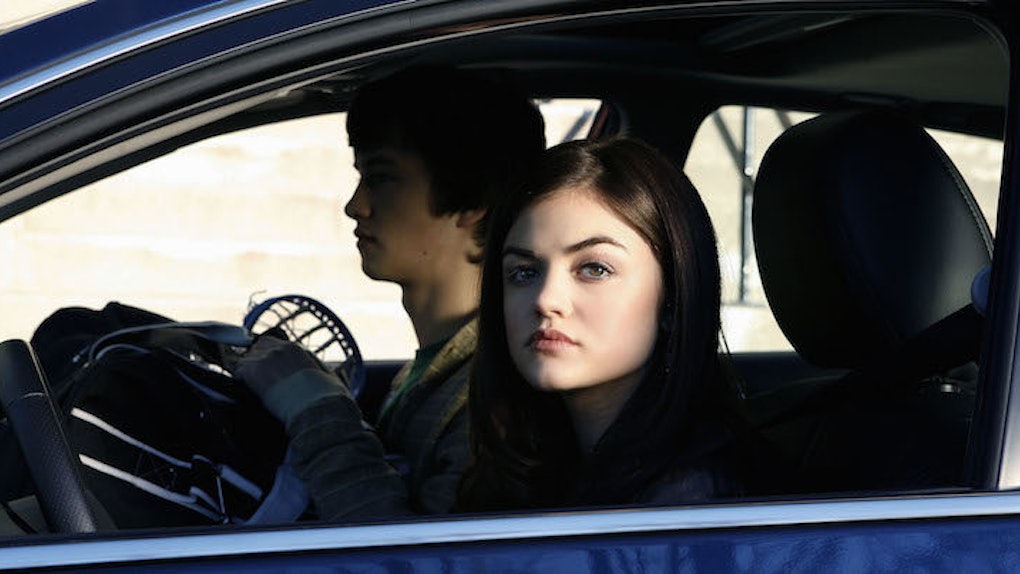 Talk To The Hand: 4 Reasons Why I'm Grateful For My Resting B*tch Face

I can't even count how many times random people ask me, “What's wrong?” or how many times I’ve been told to smile. Especially working in retail, customers (particularly old men) expect me to have a smile plastered on my face for eight-plus hours a day.

I’ve been compared to Kristen Stewart, even though I look absolutely nothing like her. We both just have resting bitch face.

Even my manager at work actually told me I need to look “friendlier.” I wanted to tell him he has no control over my face or its expressions, but instead, I plastered on a fake smile and continued doing my job.

People expect women to be perky and smiley all the time, but what if we’re not?

Here’s why I love my resting bitch face:

I can be unapproachable when I want to be.

When I was in college, there would always be people giving out free conversations about Jesus and trying to recruit people to their church.

I have nothing against Jesus, but I really don’t want to talk to people about their religion when I have my own beliefs and I’m late for class.

Everyone avoided them like the plague, but the people with friendly-looking, approachable faces got suckered into talking to those guys in suits and boxes of Bibles.

I, on the other hand, just walked on by with my natural bitchy face and they never tried to talk to me.

Similarly, if I don’t want to be hit on at the bar, it’s easy to just sit there looking normal/like a bitch and guys avoid me.

It’s easy to silence people with a look.

When people tell me to smile, sometimes I ask why. Other times, I just look at them and they get the point that I don’t want to be told to smile.

It’s easy to convey power and authority with just a look, and I just happened to be born with that look plastered on my face.

I’ve been told I’m intimidating because I give people a “look,” but it’s really just the way my face happens to settle.

If that intimidates people, I guess I have some power.

I don’t feel the need to fit into the typical female mold.

People expect women to be perky. If a man has a serious or angry-looking face, no one assumes he is "bitchy."

By not fitting into that happy and smiling mold of a typical housewife/cheerleader/other “female” role, I am defying stereotypes. That feels pretty cool.

Although resting bitch face gets me far in life, sometimes having a friendly face can do wonders.

For example, if you’re trying to get a deal on something or trying to not get yelled at by your manager, a fake smile can help things go your way.

By having a resting bitch face, I have to actually practice smiling and looking friendly.

When I need to look “nice,” I can whip out that super natural-looking fake smile and everyone sees me for the pleasant and nice person I actually am.

This also makes me a great actor; I can fake smile my way through an entire shift at work if I need to, even if I am feeling like I want to throw things across the room.

In addition, since my real smile is rare, it’s easy for people to tell when I’m genuinely happy.

When my happy emotions spill out into my facial expressions, you know it’s real.