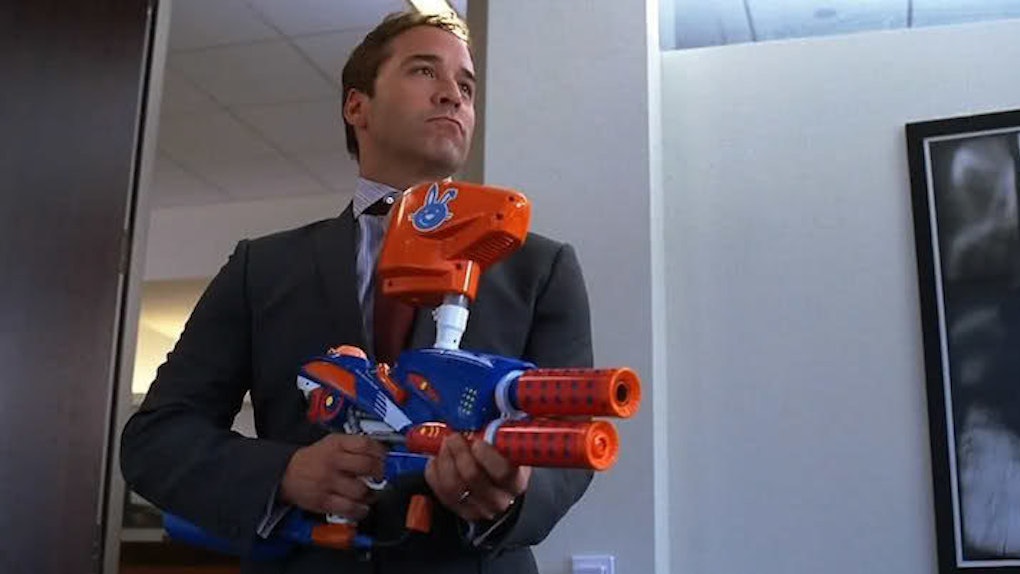 As I'm typing this, I'm sitting on my couch in my childhood home, unemployed. I am with no job prospects on the horizon, and I have crippling student debt payments that still need to be made.

But you know what? I couldn't be happier.

You see, about a week ago, I quit my full-time job as an auditor for a financial company. Well, more like "rage-quit." I'm here to tell you if you're utterly unhappy where you are, you should too.

I was at my job for four months until I had enough.

One afternoon, my boss took me into her office, sat me down and said I'd been really slacking in my day-to-day responsibilities. She said my coworkers had been complaining I didn't care enough about what I was doing, and I had "failed" in learning how to do my job.

After a good half-hour of ugly crying in her office, I realized she was totally right.

I didn't care about that job. I "failed" because I allowed myself stay at a place that abhorred creativity, praised the cubicle drone and where the sole interest was making a profit at the expense of employees' happiness.

When you don't care about what you're doing, you won't do it right. I didn't believe in that company, my coworkers, my boss or myself. I simply arrived at 9 and left at 6 without so much as a "hello."

So, not long after our little chat, I marched right back and told her I wasn't coming back on Monday.

Now, I want you to think for a second.

Think about what you went to school for, or what you'd lie awake in bed dreaming about. Now, open your eyes and look around you.

Are you closer to doing what you've always wanted? Are you in a place where you can faithfully say, "Yes, I'm happy to be here?"

If the answer is no, get up, walk over to your boss' office and say, "I quit."

I have my master's in journalism. I somehow convinced myself I was lucky to work there, simply because of how many journalists and writers don't make half of what I was making.

Simply put: The money is good, but it doesn't fulfill you.

If you're slogging away nine hours a day, and would rather stick bamboo up your fingernails than go to work, the money isn't worth it.

I know what you're thinking. You have loans. You need to pay rent.

It will be scary at first. But trust me, the first day you're not at work, you'll feel like you can finally accomplish anything. The most empowering thing you can do is live for yourself.

Sometimes, you just have have to take a leap of faith to change your life. Know things will work out in the end.

I don't want you to think your awful job experience has set you back, either. You now know so much more about what you want, and what sacrifices you're willing to make to get there.

It curves, it loops and sometimes, you'll find yourself a little further back than where you started. It's all part of the norm, and nobody's path ever looks the same.

So, now that I've convinced you to quit your job: go climb a mountain, run a marathon, build that app or start your book. I'll be here, cheering you on.

Now, if you'll excuse me, I have some writing to do.