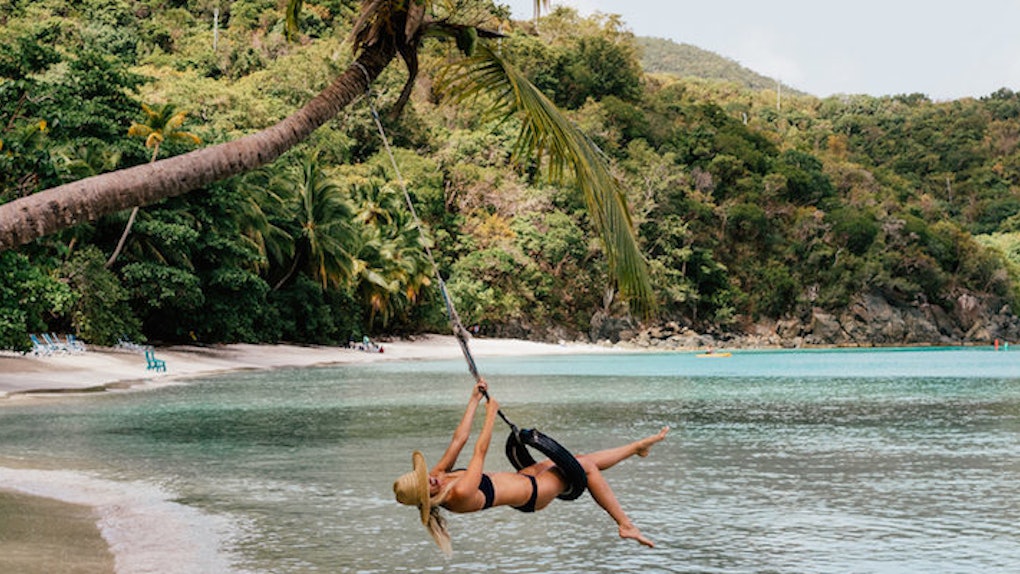 When I grew up, I wanted to be a singer, model or actress.

Fortunately, Snapchat and Instagram celebrities didn't exist in the '90s. Otherwise, I would have probably aspired to be a Kardashian instead.

It didn't matter that I was blonde and had no butt: In my mind, I could do and be anything I wanted. The world was my oyster, and I could reach for the stars because I was special.

Growing up as a Millennial led me to believe the world was mine to be had. My parents spent their lives slaving away in the corporate world in order to give me the gift of being able to choose who I wanted to be.

Forget singing and acting. As a Millennial, I could become a women's rights activist, a brain surgeon or the founder of a startup. One of us Millennials surely would create the next internet, find the cure for cancer or end world hunger.

The concept of manual labor was being modernized, thanks to jobs in the tech industry. I could be the next Bill Gates, Bob Dylan or hell, even Oprah.

So it came as a surprise when I – as was similar to millions of others my age – ended up working at a desk job.

So much for the hype.

However, something shifted. It could be argued that the real world humbled us.

Many of us Millennials realized we aren't at the center of the universe. I reluctantly admit that I will never become the next Steve Jobs. Being Amal Clooney is not actually an achievable goal... but it is an inspiration.

It's funny. Right around the same time I finally accepted that I can't reach the stars, I decided that I might as well have fun trying to.

Do you know what comes with the power of realizing that the world does not, in fact, revolve around you? The freedom to live in the moment.

You can "let your freak flag fly" and explore what you actually want to do, rather than what others expect of you. When the pressure of living up to expectations vanishes, you gain the opportunity to choose a life that fulfills you.

So, in stereotypical Millennial fashion, I quit my desk job to travel the world.

I contribute to Elite Daily, update my Instagram on the road and live my life out of a backpack that carries thousands of dollars' worth of electronics. I sleep in hostels, but spend hundreds of dollars to swim with sharks.

I jump off cliffs in the Mediterranean, and then proceed to spend even more money for a chiropractor to snap my neck back into place. I hole up in artisanal coffee shops. I kiss Spanish boys just because I'm in Spain.

I hate Hilary Clinton, but I hate Donald Trump even more. I will say “you just must” visit Marrakech, Morocco, and I lose my ability to maintain a normal facial expression if you tell me you don't want to get a passport.

The only thing I hate more than paying my taxes is paying to get into nightclubs.

I am THAT person on the plane, wearing a full eye mask and sleep headphones. I find myself paying $10 for a juice, but refusing to get into a cab because Uber is so much cheaper.

I will accept a FaceTime from my sister no matter where I am... even if I'm in an airport security line. I am volunteering at an orphanage in a few weeks, mostly because it just makes me feel good.

I quit my job after only a year. Every day I struggle, and every single day I am proud of myself for something I have accomplished.

I am a stereotypical Millennial, and I have never been happier.