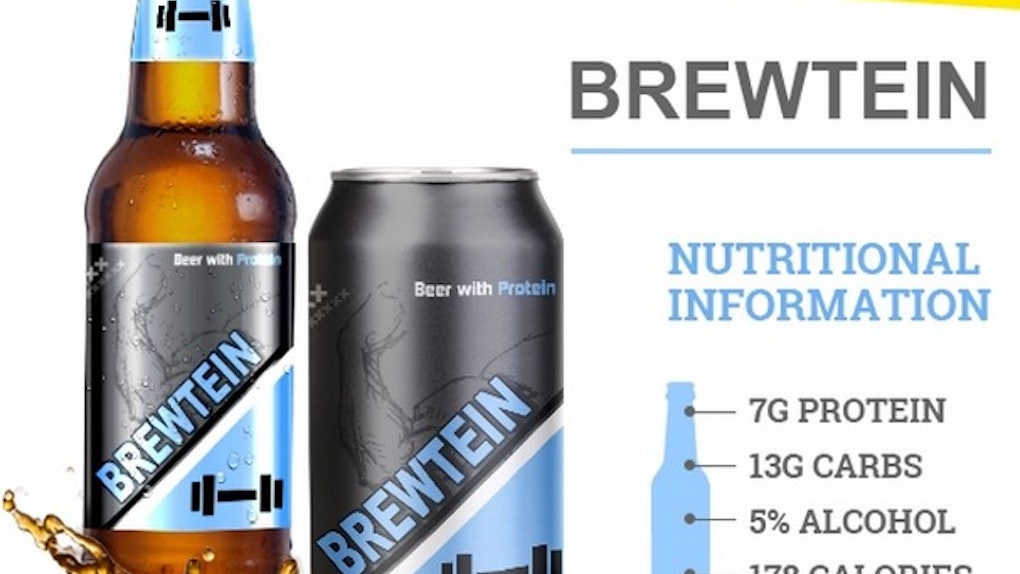 Protein Beer Is In The Works, So You Can Drink As You Work Out

Blake Konrardy is about to make a whole lot of new friends, thanks to his ingenious new creation- Brewtein.

Ultimately, you have to find something you are truly passionate about. For me, that is the intersection of your workout and your weekend.

A greater protein content than any other beer in existence, packed with 7 grams of whey protein. But you wouldn't know it from the taste. Brewtein is categorized as an American Wheat ale, with a fairly light body, refreshing wheat flavor, and a clean finish. Best served cold straight out of the bottle or can, or in a glass with a lemon wedge.

NutriBeer, on the other hand, is a “lighter, low carb” lager, made for the fitness-minded drinker seeking to limit calorie intake.

But believe it or not, Brewtein isn't the first protein beer to come on the market.

Business Insider's staff also tried the beer and had some pretty mixed reactions.

One staffer noted, "It kind of tastes like metal? Like a metallic Bud Light," while another simply said, "It's terrible."

Still, both companies appear to be a work in progress, just like your gains.