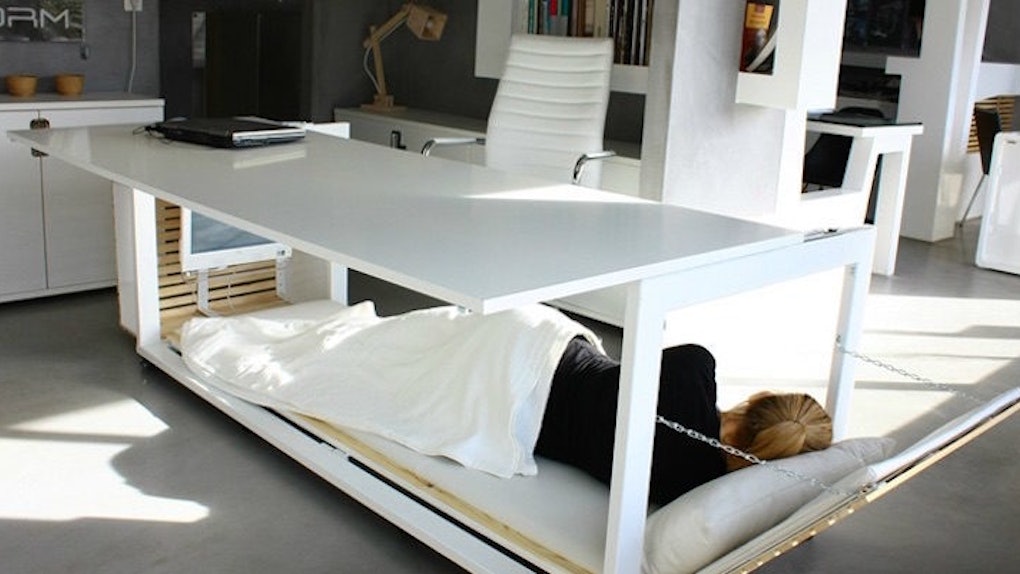 But, these ideas don't compare in terms of uniqueness as it relates to some of these. Whether you're an employee, entrepreneur or student, here are four unorthodox hacks you can use to be more productive:

1. Automate your entire job with robots.

Move over, virtual assistants. There's a new sheriff in town, and it's a robot.

Nihad Abbasov, known as "Narkoz" on GitHub, released a hilarious project back in 2015 that allowed him to secretly automate a lot of his job, email his wife and make him coffee.

He explained that the code itself was created by another programmer he worked with who left for a new job. After reviewing his ex-colleagues work, he stumbled upon a handful scripts that allowed him to automate parts of his job, his relationship and making his favorite hot beverage.

For example, he built a script that would automatically reset a customer's database if he or she sent him an email that said "help," "trouble" and "sorry."

In addition, it would automatically send back a quick response that read, "No worries, mate. Be careful next time." With tools like IFTTT, various Slackbots and hacks like this, it's becoming easier than ever to start automating your work life.

2. Create a nap time for the entire team.

A few months back, I stumbled upon the nap desk:

I don't know about you, but nap time was my favorite time during pre-school. Unfortunately, the concept of nap time is a distant memory for most of us. Yet, studies show that nap times aren't something that should be limited to the youngins.

A study concluded that napping might be a good thing for increasing productivity. The report states:

The five-minute nap produced few benefits in comparison with the no-nap control. The 10-minute nap produced immediate improvements in all outcome measures (including sleep latency, subjective sleepiness, fatigue, vigor and cognitive performance), with some of these benefits maintained for as long as 155 minutes. The 20-minute nap was associated with improvements emerging 35 minutes after napping and lasting up to 125 minutes after napping.

Study after study has shown that Americans are sleep deprived. Offering people the opportunity to take naps at the office, on campus or during their lunch breaks is a great way to increase productivity.

3. Work naked with your the entire team (seriously).

A company called The Bold Italic ran a month-long experiment in 2015 where the entire office worked naked for a month. The company expressed that there were tons of benefits to the experiment such as more people packing lunches and ordering pizza together to avoid redressing. The biggest negative was that the heat bill went up.

A healthy office can lead to a wealthy office. In a world where the hustle is glorified, it's easy to find yourself working late nights and early mornings. Countless studies have shown that working yourself to death is actually a thing.

Studies like this are why countries like Sweden are moving toward a standard six-hour work day, with businesses across the country already implementing the change. When discussing the change, Linus Feldt, the CEO of the app development company Filimundus, stated,

To stay focused on a specific work task for eight hours is a huge challenge.

We want to spend more time with our families, we want to learn new things or exercise more. I wanted to see if there could be a way to mix these things.

From naked offices and shorter work days to nap desks, the world is changing. This is the new age of business, and with it comes a new age of productivity.

What are your thoughts on these experiments? Would you like your boss to give them a try?