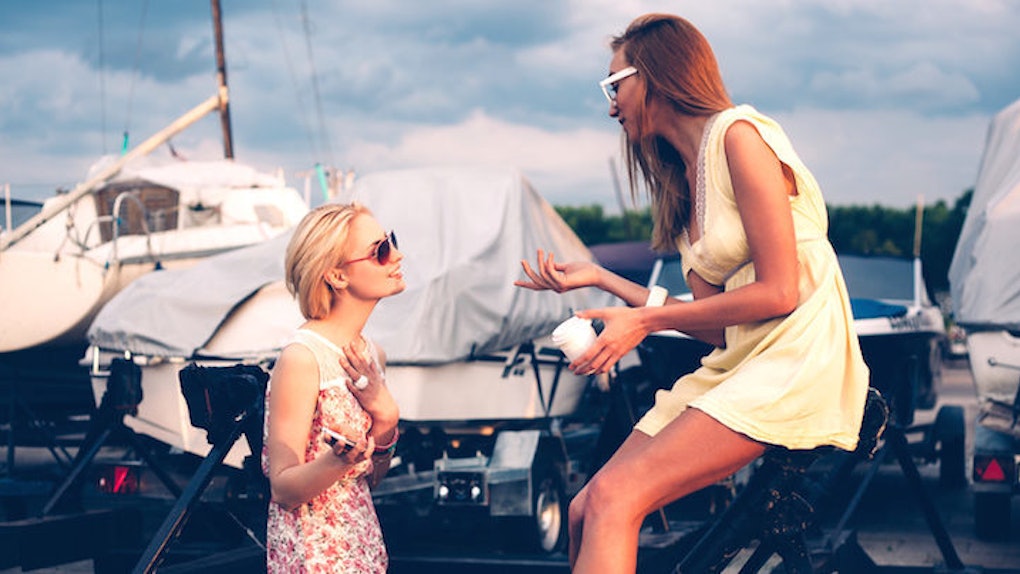 Why Some People Are More Interesting And Engaging Storytellers

Whether over a campfire or simply a cup of coffee, there’s no denying the pleasure we derive from sharing and listening to stories.

And while technology is constantly changing -- the act of storytelling is one that has, more or less, remained constant since the days of our ancestors.

Unlike technology, storytelling doesn’t necessarily require anything. I mean, think about it: Even the poorest man -- without anything to his name -- likely has a story to tell, if you’ve got the time to listen.

For some people, this art form comes naturally -- and for others, not so much.

Anyone who has that one person in his or her group of friends who simply cannot tell a story to save his or her life can attest to this.

At the same time, some people are just gifted storytellers and have the natural ability to make even the drollest account of something seem captivating.

When it comes to being a good storyteller, you either have it or you don’t. Storytelling isn’t really something they teach you in grade school -- or college either, for that matter -- it’s more of a skill you pick up intuitively from the things that surround you.

I like to think I’m a pretty decent storyteller, but I’m also aware that my ability to recount stories has evolved from listening to other people tell theirs.

I grew up in an Italian household, so I was used to my mother’s voice throughout my young life.

In college, I would call her up with hopes of keeping the conversation under 15 minutes -- only to sit with the phone (literally) stuck to my face for hours on end.

And while she probably could’ve told me what she wanted to in all of about five minutes, part of what makes up good storytelling is detail.

So, in retrospect, I can’t really blame her -- and I’ll probably do the same with my son or daughter.

According to Cody C. Delistraty for The Atlantic, these details can be what separate a good storyteller from the rest. In fact, one theory supports the idea that “storytelling could be an evolutionary mechanism that helped keep our ancestors alive.”

The logic behind this belief focuses on the notion that a personalized, detailed account of something -- it will hold more weight than just providing general information.

Therefore, as Delistraty reinforces, “If I tell you a story about how to survive, you’ll be more likely to actually survive than if I just give you facts.”

For instance, if I told you the river is dangerous, stay away -- it would not be as effective as if I informed you that my friend drowned in the river. As grim as that may sound, “A narrative works off both data and emotions, which is significantly more effective in engaging a listener than data alone,” as Delistraty explains.

So, as it appears, the best storytellers are not just the ones who can simply recall an event -- they’re also the ones who can come up with the most vivid depiction of it through details and animated words.

That said, it isn’t just the details that we’re drawn to. As Delistraty continues to illustrate, “Storytelling, especially in novels, allows people to peek into someone’s conscience to see how other people think,” and that’s what makes it so appealing. “Stories are a form of escapism,” Delistraty concludes.

And for that reason, stories encourage one to take a step outside of his or her own brain.

When we’re recounting tales about college, years after we graduated, we’ll be forced to remember the way things were in order to a paint a solid picture through our storytelling.

Likewise, people who are hearing this story will be able to experience the story vicariously through the our ability to recall it.

As Pamela Rutledge, PhD, puts it, “stories are about collaboration and connection.” She continues to explain that sharing stories is truly engaging because of the sharing aspect of it all. When we tell stories, we’re allowing others to enter a specific part of our own human experience.

Regardless of if it’s a story about your biggest accomplishment -- or your biggest failure, for that matter -- by sharing it with other people, you’re creating a “common ground that allows people to communicate, overcoming [your] defenses and [your] differences.”

The best storytellers aren’t afraid to withhold any aspects of the story, and that builds a special rapport with the listener. This bond allows the listener to fully engage with the storyteller.

Storytellers aren’t born; they’re made -- through repeated practice. Like anything else in life, repetition leads to perfection, and the ability to spin a yarn isn’t any different. Storytelling is everywhere, if you keep your ears open to it.

Movies, music -- the majority of pop culture revolves around the knack to keep audiences engaged through narratives.

The best narrators aren’t the ones who close their ears to the outsider’s story with hopes of having theirs heard.

The best storytellers are usually the best listeners, first.