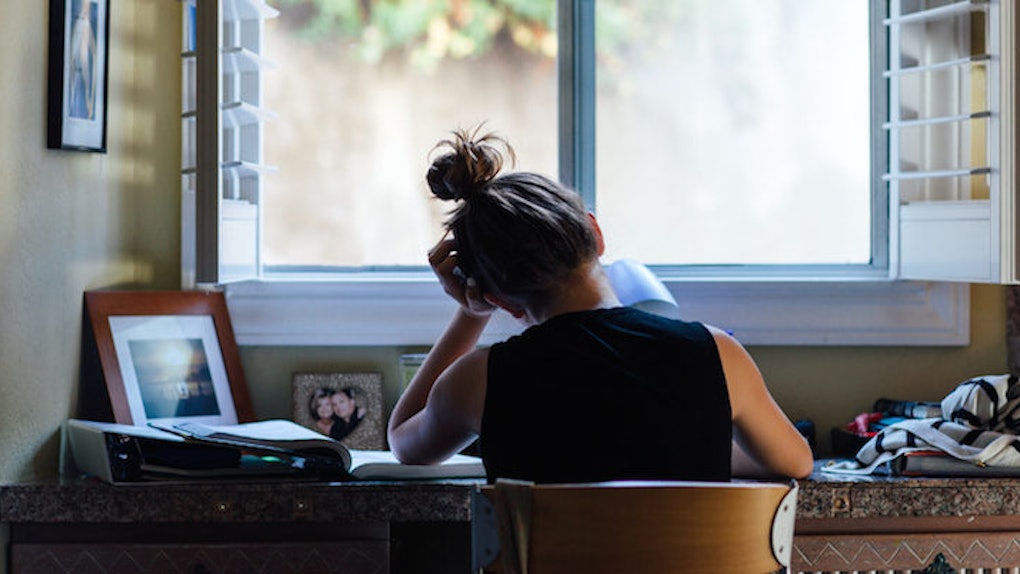 If you’ve ever been tagged with the “creative” label before, chances are you see things a little differently from the rest of your peers.

That’s what creativity is all about -- vision. And oftentimes, the most creative people in the room also have unique perspectives.

That’s what makes creativity so rare; it’s hardly something you can teach in school or learn from a textbook. You either got it or you don’t.

You daydream often. You get bored super f*cking easy, and while the rest of your friends were content with the music that was being played on the radio, you were probably digging through your father’s old vinyl collection, discovering the difference between Pink Floyd with and without Syd Barrett.

It’s hard for you to pinpoint how or when you became this way. The way you’ve always seen it, all of your creative tendencies first branched out from a place of general fascination.

Your curiosity acted as the vehicle for you to explore and act on your personal inspirations, but at the same time, it also led you astray from the conventional way of doing things.

That said, creativity, by its nature, is unconventional, so I suppose it makes sense. And as Marissa Fessenden of Smithsonian writes, that creativity flourishes under some of the most unusual settings, as well.

Such as... sleep deprivation... for starters.

According to Fessenden, there’s actually a link between creativity and fatigue.

In other words, for you night owls who feel you do some of your best work between the hours of 2 to 5 am -- there may, in fact, be a method to your madness.

The reasoning behind this belief revolves around the idea of uninhibited thinking. Although we may feel the most alert and ready to think in the mornings, it doesn't always translate to creativity.

As Fessenden explains, when at your most tired, your brain’s filter tends to rest -- leaving your brain filled with a large amount of loose thoughts.

And, at first sight, these “unfiltered” thoughts may appear unimportant; they may seem useless.

But by allowing yourself to engage in them, you’ll inadvertently encourage yourself to start toying with different ideas because of your new perspective.

Keep in mind: It’s likely that those same thoughts likely won’t help you solve any high-end algebraic equations or other left-brain-intensive thought processes, but still, they can lead to some of your most creative, artistic insights.

And, in a way, that makes sense.

When you think of yourself in your most alert state, you're usually preparing yourself to focus, typically on the task that’s at hand, however, when you're honing in on one thing, it’s not uncommon for your perspective to become somewhat tunneled.

And while, in theory, you’re doing a great job of blocking out any thoughts that cause you to drift off into some daydream -- in which you’ll zone out for the next 15 minutes -- you’re also restricting your general creativity.

In a way, you’re sacrificing the range of your perspective for concentration.

Fessenden likens this relationship to the idea that a messy desk or room, alike, is beneficial to creative thinking.

Clutter, whether it’s physical or mental, happens to be very stimulating for the mind; and it just so happens that our brains are the most cluttered when we’re tired. And there’s research to prove it.

In an experiment conducted by Mareike B. Wieth and Rose T. Zacks, 400 students were required to solve “insight-based and analytical problems” at different times throughout the day.

Additionally, each of the subjects were labeled as either “night owls” or “morning larks.”

As far as the analytical problems were concerned -- which Fessenden describes as “akin to the math questions you might find on the SAT” -- there was no significant difference in the performance of the subjects.

But, with respect to the insight-based problems -- the ones more predicated on creative thinking -- the subjects performed better when they were less awake.

This is because those analytical problems were not reliant upon “free thought” but on formulas and acquired knowledge instead.

Analytical problem solving requires basic understanding of the “right way” to solve it. You can’t just stumble upon the right answer to an algebraic equation.

I mean, I doubt Will Hunting simply didn’t get a good night of sleep before he solved that long problem in linear algebra.

On the other hand, the insight-based problems depend on the problem solver’s ability to manipulate different aspects of an equation -- and think “outside of the box.”

So, while a tired mind might not help a struggling college student pass his or her calculus class, it could definitely benefit the starving artist.

If you’re looking to boost your creativity in the coming weeks, it may be in your best interest to pull a few all-nighters along the way.