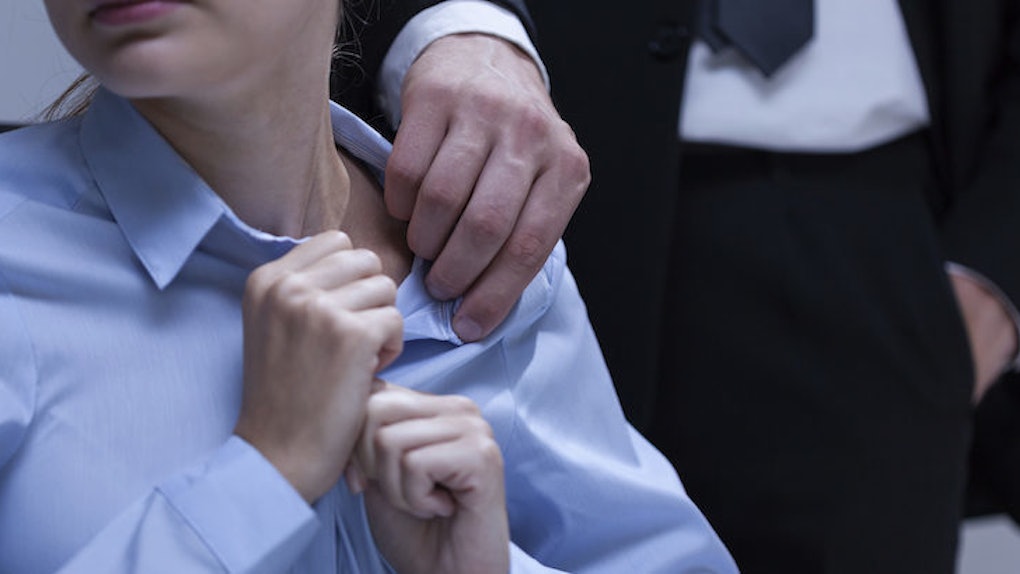 The Unfortunate Parallels Between Sexual Assault In The US And Canada

This week, Canada witnessed the high-profile case of former CBC employee, Jian Ghomeshi, while he stood on trial for seven counts of sexual assault and one count of overcoming resistance by choking against six women.

It was a complicated web of sexual assault accusations. The nation's attention was directed to the parade of victims as they spoke out against an array of violent and abusive behavior that they insisted was not consensual or invited.

We watched this case unravel with what we hope is an objective pursuit of the truth, and we try to give Jian the benefit of the doubt. We're fearful of leaning too much toward the accusers — should the allegations prove false — and we find ourselves implicit in destroying a person's integrity and credibility.

This is why, when three of the alleged victims took the stand — only to have their testimonies called into question through the careful and strategic battery of their characters by defense lawyer Marie Henein — we experienced little wonder or surprise. This typical approach to sexual assault — one of the few instances in criminal justice where the victim has the onus of proving his or her own innocence in inviting these crimes — has become so normalized in our society that we no longer even question this backwards approach.

In North America, one out of every four women will experience sexual assault in her lifetime, but only 6 percent of these crimes will be reported to the authorities. While the sheer magnitude of these numbers is indication enough of a broken society, this problem is further magnified by the tolerance we have adopted toward the victims experiencing these assaults.

We are so close to this problem that we fail to realize it is us who are responsible for perpetuating this rape culture, in which we normalize finding fault in the victim. Only 2 to 4 percent of all reported sexual assaults are false.

Yet, we have this ingrained assumption that the majority of alleged victims are distraught, attention-seeking and career-smearing individuals. This is not only incorrect, but it is also disgusting.

As we wait for the verdict to be decided against Jian Ghomeshi and consider our own opinions on the case, we need to work to remember that a victim of sexual assault cannot invite this crime upon him- or herself. A person cannot subtly, implicitly or explicitly ask to be raped.

The actions of the victim before or after an assault do not change the nature of the criminal act that occurred. Nothing about the victim's character has any credibility to disrupt the obligation of our justice system to determine whether the assault took place, and if it did, that the entirety of the blame must be on the accused.

Changing rape culture does not mean abandoning the idea that actions have consequences. It just means that when we talk about assault and rape, and when we watch these criminal trials proceed, we must direct our attention to the person committing the crime, not the person on the receiving end.

As we do this and reconceptualize how we think of and discuss victims, our treatment of them in society and in the criminal justice system can finally begin to change in their favor. We will foster an environment in which we do not tolerate assault.

Because right now, we do. We downplay the prevalence of rape and abuse in our culture. When we are confronted with it, we tolerate a culture of victim blaming.

But the time for making excuses for this approach — for a problem that affects a quarter of the women in our population — is over. We can do better. We should want to do better.