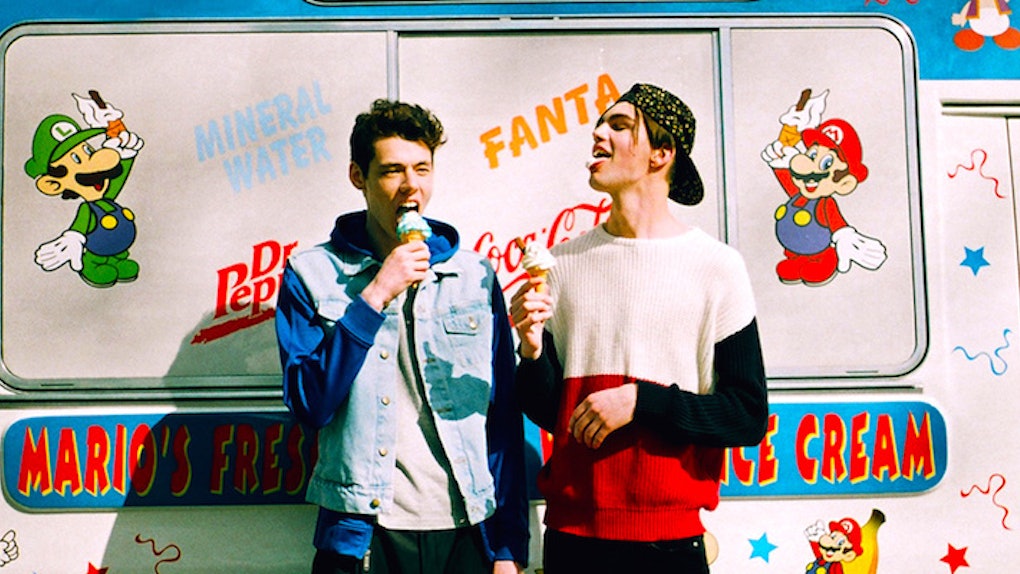 It's Too Soon: 16 Signs You're Ready To Quit Adulthood Like Right Now

After turning 21, I don't think many people look forward to getting older.

Sure, there are a few milestones to be excited for -- things like getting married, having children or becoming a grandparent -- but for the most part, growing up has the tendency to get old pretty quickly.

I mean, adulthood really isn't as gratifying as we once thought it would be back when we were kids.

With adulthood comes responsibility and stress -- and taxes -- all of which amount to you wishing you could just turn back the hands of time and be young (and worry-free) again.

But, sadly, that's just not how life works. Growing old is inevitable, even though Instagram filters do a really good job at masking most signs of aging.

Believe me, you might be able to run, but you won't be able to hide -- at least not for too long.

Eventually, you're going to have to face the music (which you've been having an increasingly difficult time keeping up with). Man, growing up sucks, and you've had enough.

Here are 16 signs you're over adulthood already.

1. You hate that you’re not a real person before noon, but work starts at 9.

You hate that you need like three cups of coffee just to become aware of what day it is, and by that time, you're already late for work.

2. You hate that you have to Urban Dictionary the majority of the words you see on Twitter.

Fleek. Can I have a definition? Fleek. Country of origin, please? Fleek. Can you use it in a sentence please? All right, what the f*ck does "fleek" mean? I know I'm not alone on this one.

3. You hate that your last tagged photo on Facebook is a pair of fake Jordans.

Since you gave up going out about a year and a half ago, the only pictures you take are Monday morning Snapchats with the "0 MPH" geofilter on -- and a finger gun pointed at your own temple.

4. You hate having to pay your own phone bill (and limit your own data).

Ever since you started paying your own phone bill, you've had to ration your meals and steal utensils from Chipotle just to get by without taking out another loan. You're over this life.

5. You hate talking about your job, so you just tell people you're going to law school.

You're so bored of your job -- and talking about your job -- that, when you're out at the bar, you tell people you're going to "law school" to avoid any further interrogation about it (and also give them the impression you have your life together).

6. You hate that your idea of splurging is eating bread.

No more random acts of uncommitted sex. No more intoxicated nights. No more spending the majority of your paycheck at the bar, toasting to the "good times."

You now “splurge” by eating bread and other simple carbohydrates with dinner.

7. You hate seeing the kids you used to babysit at the festival you’re at.

Becoming an adult never really bothered you... until you saw the kids you once babysat rolling their faces off at Coachella. You're definitely getting too old for this sh*t.

8. You hate that the highlight of your week is watching "Jeopardy" and keeping score.

You used to make fun of your parents for doing sh*t like this; now you're just trying to beat their high score and keep the momentum going into “Wheel of Fortune.”

You can't help but wonder when the f*ck this started happening.

9. You hate not knowing where to buy drugs anymore.

You just want some pot, maaaan. Problem is, since graduating college and living the adult life, you've just had a really tough time finding things like drugs and a steady social life.

10. You hate accepting money from your parents (but do it anyway).

You know it's not right to accept $20 bills from your mother when you're in your mid-20s, but -- on a real note -- that's like two months of Netflix, and you need all the help you can get.

11. You hate that you still measure your life in semesters, and you’re in your mid-20s.

12. You hate that you don't get IDed anymore.

Which you're pretty offended by. You're only, what, four years above the legal drinking age?

In your mind, you definitely don't look that much older than 21 -- at least not old enough to bypass the whole ID-showing process. Even if the bartender was trying to save you the effort.

13. You hate not being able to afford a date because you spend all of your money on wedding gifts for your friends.

Yeah, man. Do you realize how much money you've spent over the past few months on cast iron cooking sets? You could've refurbished the entire Food Network studio -- 10 times over.

14. You hate that the workweek is waaaay more fulfilling than the weekend.

You hate the fact that you don't really give a sh*t that your friends saw Wiz Khalifa at the club, Friday night. You just cleaned your desk at work -- you're pretty much on top of the world.

15. You hate how mad you get at traffic.

Now that you have places to go, you can't stand to sit in traffic.

Even when you're not driving -- and you're literally just sitting in traffic in the back of an Uber -- at some point over the past five to 10 years, you've simply lost all patience for traffic.

When did this start happening?

16. You hate that you can barely stay awake at the bar.

You hate how, on the weekends, you start to brew a fresh pot of coffee around 7 pm just so you can avoid getting groggy while going out with friends.

And still, even with the coffee, there's a good chance you'll be facedown at the bar snoring by, like, 11 pm, regardless.