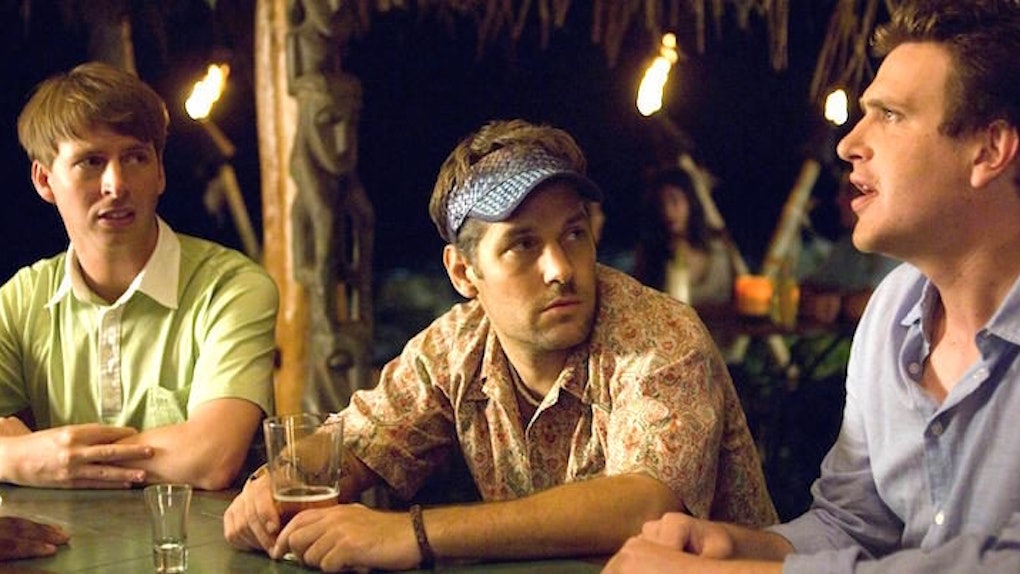 If You're Not Talking To Strangers, You're Missing Out On The World

Most of us have a habit of avoiding people we don't know like they've contracted some unknown and incurable disease.

We're all guilty of it. In spite of the fact we're constantly surrounded by other people, we choose to be mental recluses, glueing our eyes to our smartphones or whichever device is most readily available.

In the process, we're actually making ourselves less fulfilled individuals.

Human beings are social creatures. We thrive via connecting with other members of our species; we always have and always will.

There's a reason many people experience a deep sense of isolation while living in some of the world's largest cities. Loneliness isn't a physical state, it's a depleting perspective, a parasitic sentiment that has to be actively combatted. Communication is the strongest antidote to feelings of isolation and emptiness.

The beauty of a good conversation is, no matter where we go, we get to take it with us and can return to it whenever we want. To borrow from Frank McCourt:

Your mind is a treasure house that you should stock well and it's the one part of you the world can't interfere with.

In other words, stock your mind with good conversation.

Whether you're extroverted, introverted or ambiverted (yes, that's a real thing), you can benefit from talking to strangers.

You never know what starting a conversation with a new person could lead to: your next great adventure, your new best friend in a foreign place or perhaps even the love of your life.

Talking to strangers is like traveling, it allows you to traverse uncharted territory; it's a journey into a completely unknown person's mind. There is nothing more fascinating than the human brain, it's limitless. In this sense, the possibilities of learning from others are boundless, infinite, immeasurable and as vast as the universe itself.

Simply put, talking to a stranger can expose you to a world you didn't know existed. Our perspectives are limited by our experiences. Step outside of your own mind.

Random conversations are good for the soul.

Research shows talking to strangers can make us decidedly happier.

Behavioral scientists Nicholas Epley and Juliana Schroeder conducted an experiment in which they asked a group of Chicago commuters to do something unspeakable on the train to work in the morning: talk to another human being. The researchers were kind enough to offer these individuals $5 Starbucks gift cards as compensation for their participation.

They asked one group of participants to act normally on their commutes, which entails keeping to oneself and not daring to look or speak to anyone, and had another group spark up conversations with strangers. A final group was given no explicit instructions for their commutes.

Most of the participants predicted they'd be more content sitting by themselves in silence, but they were wrong. The group of participants who conversed with others expressed higher levels of happiness and reported having more pleasant commutes than those who remained in solitude.

Interestingly, being an outgoing person didn't impact the results whatsoever. The experiment found that both introverts and extroverts reported being happier after talking to someone else on the way to work.

The researchers noted this seems to suggest people have a very skewed perception of what actually makes them happy.

We're making the mistake of assuming other people wouldn't enjoy speaking to us, when starting a simple conversation could change our entire days for the better.

When you stop to think about it, it's strange any of us would assume we'd be happier avoiding other people, regardless of the context. We are wired to be social, it's what makes us human, or as Aristotle once stated:

Man is by nature a social animal. Anyone who either cannot lead the common life or is so self-sufficient as not to need to, and therefore does not partake of society, is either a beast or a god.

Next time you feel an urge to start a conversation with a random person, don't fight it. Communication is one of life's greatest gifts, don't waste it.

Connecting with others is vital to our survival.

Social connection is a necessity, our brains require it. We formulate our identities via social bonds.

There's a reason we instinctually long for community: We wouldn't survive without it.

As the Atlantic puts it:

Just as human beings have a basic need for food and shelter, we also have a basic need to belong to a group and form relationships. ...Having strong social bonds is as good for you as quitting smoking. Connecting with other people, even in the most basic ways, also makes you happier

Indeed, we all want to feel like we belong, and conversation aids tremendously in this endeavor.

Isolation leads to existential despair and confusion. Don't hide from other people, open yourself up to the world and all of its inhabitants.

We are a dynamic array of interconnected beings, and a conversation with a stranger is a celebration of that beautiful fact.