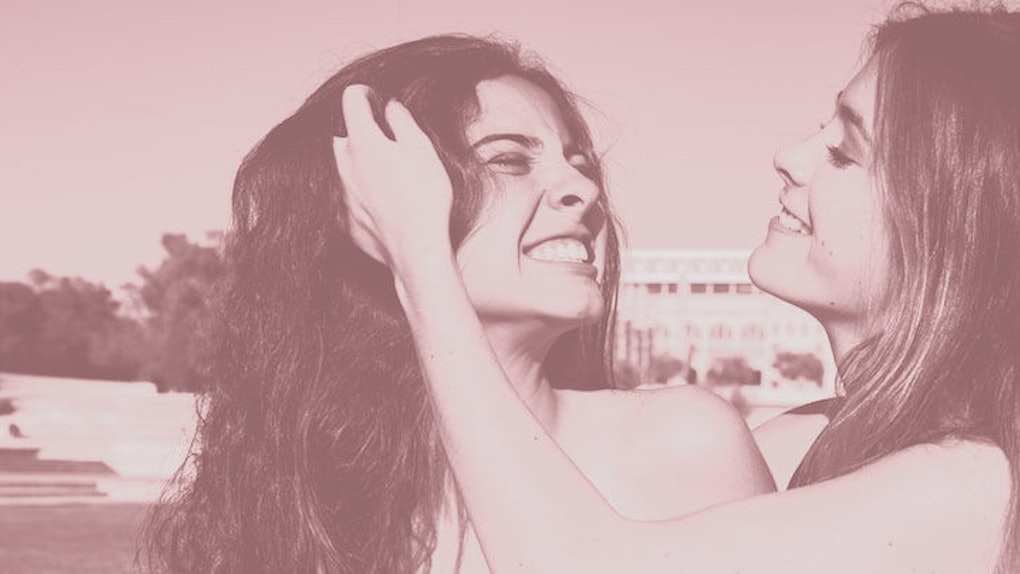 Why We're Probably Not Meant To Have Best Friends As Adults

When I was younger, I always wanted a best friend. I had an immense need for it, really. I spent a lot of my days with my brother and my sister, who often made fun of me, as I was the easy target. (I still am.) I love my siblings, but growing up, I wanted to have somebody I could relate to. I wanted to have that person who would constantly be around me, liked the same things as me and wanted adventure.

In my young heart, I guess I just wanted someone to be there. I was idealistic. I'd grown up religiously watching "Rugrats," "Rocket Power" and all of the other '90s cartoons that chronicled the strength and power of friendship. I moved a lot, and I guess for the beginning of my childhood, I was jealous of the kids who had known each other since they were in diapers.

I, on the other hand, had to meet a new group of people every few years. While I'm now sometimes shy, my younger self was rather outgoing. (I had the advantage of being known for being a twin, which often made me seem cooler than I was in new social situations.) It wasn't making friends that was difficult; it was keeping them and knowing that I would probably have to make new ones in a year or two.

I now know people who I have maintained friendships for 20 years, which is crazy considering they're not much older than that. But, I've always wanted that. I've wanted to be able to say, "I learned how to ride bikes with you," or know some very specific facts about people from when they were 5 years old. But, I don't have that. I'd make friends one year, then new ones the next.

It wasn't until middle school when my family had established some kind of consistency. But, there were other problems. I met and befriended a lot of mean girls in my day. They were the kind who photocopied diaries and gave the pages to friends or didn't include me in group activities. It wasn't until high school when I met my first best friend.

We spent so much time together that our mothers thought we were dating. We talked on the phone every day. We wrote each other notes in code, equipped with pictures and diagrams. She was there for me for my first real heartbreak. We were what I had always wanted; we were best friends. For six or so years, I could say that with no doubt. I was wholly invested in this one person's life.

She shaped me into the person I am today. But one day, we just faded. We called each other less. We asked to hang out less often. Somehow, we didn't like the same music anymore, and we didn't want to do the same things. I guess what happened was what happens to everyone: We grew up. We also grew apart.

I felt incredibly alone for years after, even when I was in relationships. There's just something missing when you don't have someone there for you outside of a romantic context. Today, my boyfriend is one of best friends, but apart from your significant other, whom do you seek advice from? What about validation? There has to be some kind of separation in your personal life.

As an adult, where do you make friends? Honestly, I've always wanted to know. As a kid, you're put into so many different situations that foster friendships, from playdates to classroom settings. When you're young, you're way less concerned what your friends' stances are on political matters, and you're more concerned with whether or not they like going to the pool. You become friends out of convenience.

As adults, we often have a certain set of expectations of the people we choose to surround ourselves with. The people in your life become so compartmentalized; we have work friends, school friends and cat lover friends. But rarely (or at least in my case) do they cross the threshold of becoming a full-fledged friend.

Maybe this — to not be entirely defined by another person — is what it really means to be an adult. Maybe it's not about crediting just one person as to making you who you are. It's about having relationships with a variety of people who aren't exactly the same and who constantly challenge you in different aspects of life.

Today I am influenced by the hundreds of people I've come into contact with throughout my life. Without one best friend, I've learned to accept all walks of life who enter my life. I've realized that people like my mother or sister or boyfriend have been there for me all along. More importantly, I learned I don't need to be accepted by just one person in order to accept myself.

After all these years, I think I'm becoming more comfortable with that fact. Maybe I also just haven't paid enough attention to those who are already around me in my jobs and school. I am more surrounded now by wonderful people than I have ever been.

There are some lovely humans around me who I admit I sometimes overlook in the quest to find just that one best friend. So maybe, I should appreciate all those who are there for me now and all the amazing people I have met along the way.