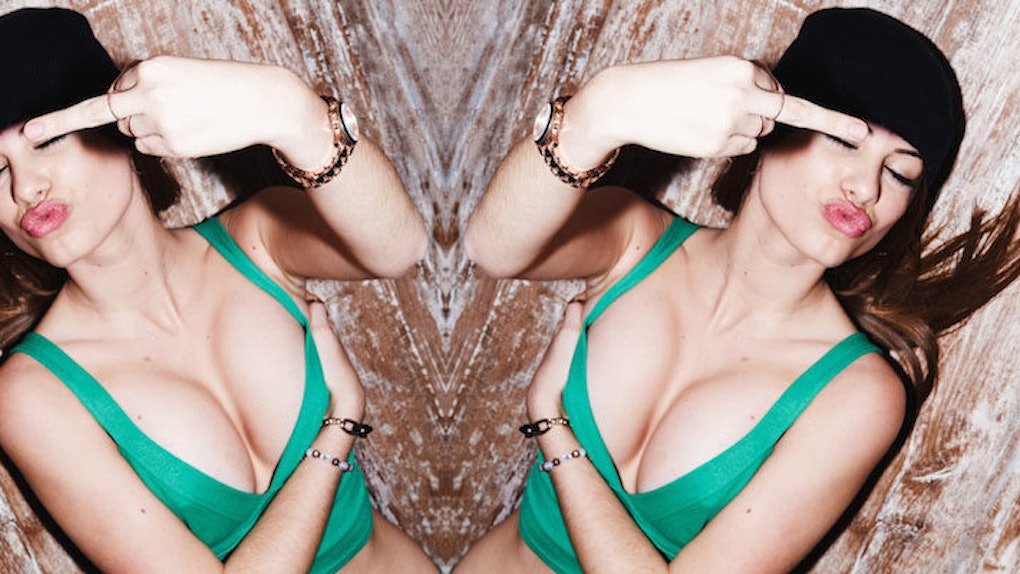 We've all heard people claim they don't give a f*ck about anything, but those people are most likely just trying to convince themselves.

These people are the ones who march to the beat of their own drums and don't fall off track when someone offers a differing opinion.

They aren't swayed by others.

Instead, they make their own rules and live only by those rules.

Some people may mistakenly think this means these people don't care about anything in life, but in reality, that's far from the case.

These people most definitely care, but the things they choose to care about differ significantly from most other people.

People who don't give a f*ck realize there are real issues going on in the world, and the petty bullsh*t that happens on a day-to-day basis is just that — petty bullsh*t.

Sure, it's quite difficult not to let little things bother you, but once you realize how insignificant certain things are, the better off you will be.

So, why is not giving a f*ck such an incredible superpower to have?

1. It makes you resilient to bullsh*t.

There is only so much time in the day, so why waste it on sh*t that brings you down?

People who DGAF value their time, energy and vibes, and they don't want any negativity infiltrating their lives.

2. You never get wrapped up in people's sh*t.

Your friend and her boyfriend having a problem? You know exactly whom you're staying away from.

Your friends know much better than to bring you into their drama...

3. You can freeze people out effortlessly.

There are too many people who are fed up with sh*tty friends who just don't have the capability of removing them from their lives.

You, on the other hand, have absolutely no issue with this. In fact, you've perfected the move.

4. You're bulletproof to bullsh*t.

Nothing gets past you, not that anyone would ever try.

5. You're a professional when it comes to dipping out of situations.

Something killing your vibe? It doesn't take you more than a few moments to recognize this and get the F out of dodge.

When it comes to you — there's no room for negative energy.

6. You don't feel pressure to behave in a certain way.

You don't abide by societal "norms." In fact, you couldn't be bothered by them.

Your style and mannerisms are unique, and honestly, that's how it should be.

7. You're invisible when you need to be.

If a situation isn't to your liking, then you are most definitely nowhere to be found.

Your friends don't even worry because they know exactly what is up.

8. Your looks could kill.

You don't even need to express words because the glare coming from your eyes tells people to back the F up.

9. You can totally read people's minds.

Your emotions aren't being projected onto others since you keep yourself in check.

Most people may not be able to do this, but you can almost always tell what people are really thinking

If there is something that doesn't immediately pertain to you, your wellbeing or your best interests, then it's currently something you won't be wasting your time with.

11. You get information out of people without even trying.

People are well aware of how real you keep it, so they often ask your opinion on certain things.

It's as if they already know what you are going to say but need that verbal confirmation.

12. Your life is one judgment-free zone.

I guess this would explain why people want to adopt your mindset. What's the sense of being judgmental anyway? Do you want people to judge you? Obviously not, so why would you judge them?

Everyone has been through some sh*t in life. It's no one's place to tell someone how to act.

13. You know the difference between support and not giving a sh*t.

As much as you don't give a sh*t about insignificant situations, you do feel for your friends and family when they need your help.

Everyone in your life knows how well you handle the tough stuff to the point where you've become the first point of contact.

14. You have the superhuman strength to walk away.

While certain people dwell on toxic situations, you run as far away from them as possible.

How this isn't what everyone does is beyond you, but I guess that's what separates the strong from the weak.

15. You can morph in any situation.

Every situation results in a different disgruntled face of which you rock with pride.

16. There is no competition when it comes to you.

You are interested in where other people are at in their lives. The only concern you have is for yourself.

You are your sole motivator, not other people -- and that's the damn way it should always be.

17. You build webs; you don't get trapped in them.

People are so confused by your ability to simply not give a f*ck. They really just wish they could be more like you...

18. You burn bridges when it's necessary.

While some people are advocates of not burning bridges, you don't live life by this nonsensical rule.

Sometimes bridges must be burned in order to get ahead. That's not bad practice; that's just reality.

Your personality doesn't get diminished by the judgments, beliefs or opinions of others.

You're impenetrable. You're immortal.