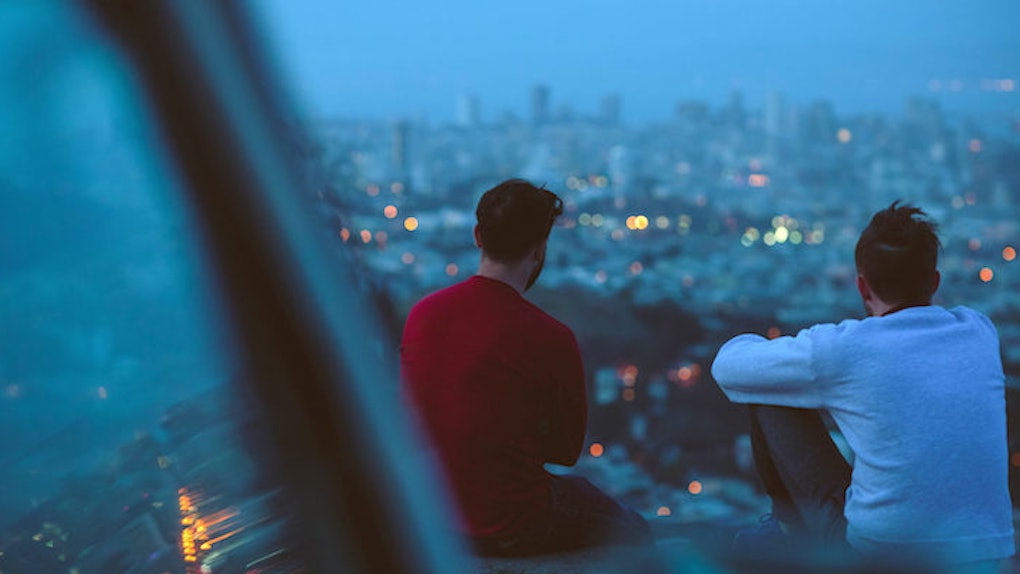 #NoNewFriends: Why It's So Hard To Make Good Friends After College

She was a friend of a friend and I needed a ride home. We hit it off once I discovered she had driven herself to the bar and was sober.

Before she dropped me off later, we exchanged numbers and said we should hang out again.

Jane worked at my dream job, was the liberal arts type and had sass. Her only downside was she already had a boyfriend.

In September, I followed up about hanging out.

Jane had recently adopted a kitten and didn't want to part from it, so she invited me home to join the bonanza.

A combination of disinterest and not wanting to lose my parking space (hey, parallel parking is hard) caused me to decline the invitation; I was sure we'd find another time to hang out.

Jane and I remained friends via Facebook. She posted daily diary entries that I often liked, and she in turn liked my profile picture changes. Our Instagram game was weaker.

In January, I ran into her at Target. For a moment, I thought she forgot my name.

We insisted we needed to hang out. I was sincere, and I think she was too because she did that thing sincere people do: "I can't do this week, but how about next?"

The following week, I fulfilled my promise: We made plans. The day before we were supposed to meet, Jane texted she had a job interview she needed to prepare for.

Could we reschedule? How about the following week?

The following week it snowed. Neither of us wanted to risk our lives or cars for each other.

What had happened to loyalty?

She asked about the next week, but I was going to be in Miami. Then, it was midterms. But what about the third Thursday of the month?

At this point, we were talking 18 days out. I don't have any friends I get that real with other than myself. And we're talking drinks, not a weekend getaway with the biffles.

I don't blame Jane for never RSVPing, we've all done it.

Also, by this point, the time between Jane and I's texts grew longer. We were dragging out the inevitable realization we didn't have room for one another in our current lives.

More and more, I question how many friends we can maintain in post-grad life. Sure, our acquaintance network can be endless, but friends worthy of a solo dinner date?

Between upholding professional obligations, maintaining best friendships (seeing your best friend at least once every eight days), fraternizing with coworkers outside the 9 to 5, cleaning the bathroom and buying groceries, where the hell does anyone new fit in?

I mean, I haven't even seen my college roommate in over a month, and she lives four blocks away from me.

One block away is another college friend, and I'm lucky if we run into each other at happy hour.

I'm not the first to recognize this predicament.

Anthropologist Robin Dunbar has set the number of meaningful connections a human can maintain at, wait for it, 150.

Whew! You'd think I'd have ample room for Jane. But Dunbar also points out that our innermost circle in that 150 is five.

Cue: "You are the weakest link."

Also, that 150 includes regular acquaintances. Now you're not just the weakest link; you're voted off the raft. Sorry, Jane.

People lament the advent of social media and constantly staying plugged in, but without Facebook, every run-in with a friend would have to include an update on his or her life life.

Now I can jump into the, "Congratulations on the new job!" or, "When is the wedding?" without the prelude.

And, we can uphold this charade that we're still as tight as that semester we took chemistry together.

After all, no one wants to acknowledge when his or her old lunch buddy has entered stranger territory.

Do I even remember your last name, let alone the name of your cat who passed away last week?

So sorry about that. I'll send a sympathy note if I can remember which Alex you are in my phone.

We can't back pedal life's frenzied speed and multiple demands. Some friendships will fade out and others will just not happen.

But, at least we can appreciate the friendships we do have, and be on the defense for when we get shafted from someone else's 150.