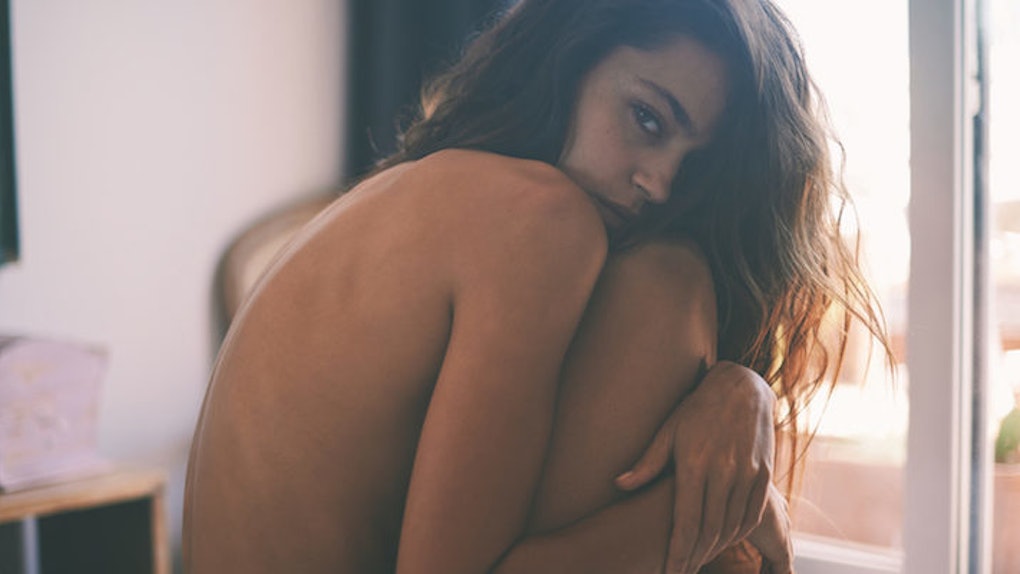 How Gen-Y Can Erase The Stigmas Surrounding Eating Disorders

I forced myself throw up for the first time when I was 14 years old.

My road trip through the hell that others would call an eating disorder began in the spring of my freshman year of high school.

It was becoming a daily challenge for me to look at myself in the mirror, and I was in complete denial that I had a problem.

It started as (what I thought was) a seemingly harmless voice. Similar to the 20 to 25 percent of “normal dieters” who progress to full-fledged eating disorder patients, I started to attempt to eat healthily and diet, like the nutritionist I went to suggested.

But Friday would come. I'd be out with friends and would stumble upon a juicy hamburger or some ice cream.

The rest is history. I would think up all these excuses to validate to myself that eating the food and throwing it up was okay.

By the time I reached the summer of my junior year, things had escalated to an extreme that I swore I would never reach.

There were weeks where I would make myself purge up to three times a day to subside my venomous thoughts.

There is little logic to disorders like bulimia and anorexia, and often the public views them as irrational. But to those who are struggling, nothing in the world could make more sense.

We justify them to ourselves, creating an immovable barrier between ourselves and those who “just couldn’t understand.”

It’s never difficult for me to open up to close friends and family about my problems, but this issue was different.

It was what childhood me would probably have dubbed my “deepest, darkest secret.”

Part of me refused to come clean because I thought, subconsciously, that if I told the truth, everything would become real.

My family is one of the closest I’ve ever seen. Ever since I could speak, my parents have made sure I knew I could talk to them about anything.

Whether it was drinking, relationships or drug use, no subject was off-limits.

But this was a topic that I was never able to bring up.

There were certainly times I considered talking to my mom. But when is the right time to tell your mother that her daughter is mentally f*cked up?

In the car on the way to the mall? Over dinner at a crowded restaurant?

It was ingrained in my mind that anyone I told would view me as a defect or a glitch in the gene pool. So, I withheld the truth.

At the same time I was trying to work out my bulimia alone, I was also struggling with bouts of depression.

It became a self-destructive cycle, in which I would feel depressed, eat my feelings, make myself heave and then become more depressed as a result.

Evidently, this isn’t rare, as almost 50 percent of people with eating disorders meet the criteria for depression.

It is no secret those with eating disorders are looked at as a series of stereotypes and statistics by the majority of society.

It was difficult for me, as a woman, to handle the possible societal backlash that comes along with having bulimia. For men, it becomes even more complicated.

Men are much less likely to seek treatment for eating disorders because of the perception that bulimia and anorexia are “women’s diseases.”

The reality is, approximately 10 to 15 percent of eating disorder patients are male.

As a culture, we need to stop making eating disorders a taboo subject that is reserved for starving models and socialites in the tabloids.

The hard fact is eating disorders are very real and common.

They reside in high school halls. They’re the cries no one hears from bedrooms late at night.

And more than anything else, they are addictions. Teachers never discuss that part of it in health class when they're covering eating disorders.

Trying to rid yourself of an eating disorder is similar (I’d imagine) to what a cigarette addict feels when trying to quit smoking.

You can go a week, a month or even a year free of temptation, but in an instant, enticement can return.

And just like that, you’re back on the path of self-destruction.

There has to be a change in the general public's mindset about eating disorders and the way they are stigmatized.

Despite popular opinion, most people with eating disorders aren’t attention-seeking, idiotic young girls who wish to conform to the image of the double-zero sized model on the cover of Vogue.

We are not the series of adjectives that tend to loom over conversations about eating disorders. We are not feeble, weak and vain.

We’re just people, both female and male, who are uncomfortable with the image of the person staring back at us in our bathroom mirrors.

The conversation has to not only start, but it also has to continue. In this case, things are not better left unsaid.

We have to stop cautiously sneaking around the elephant in the room and dive right into communicating. Maybe then we will stop shutting down those who are too afraid to speak out.