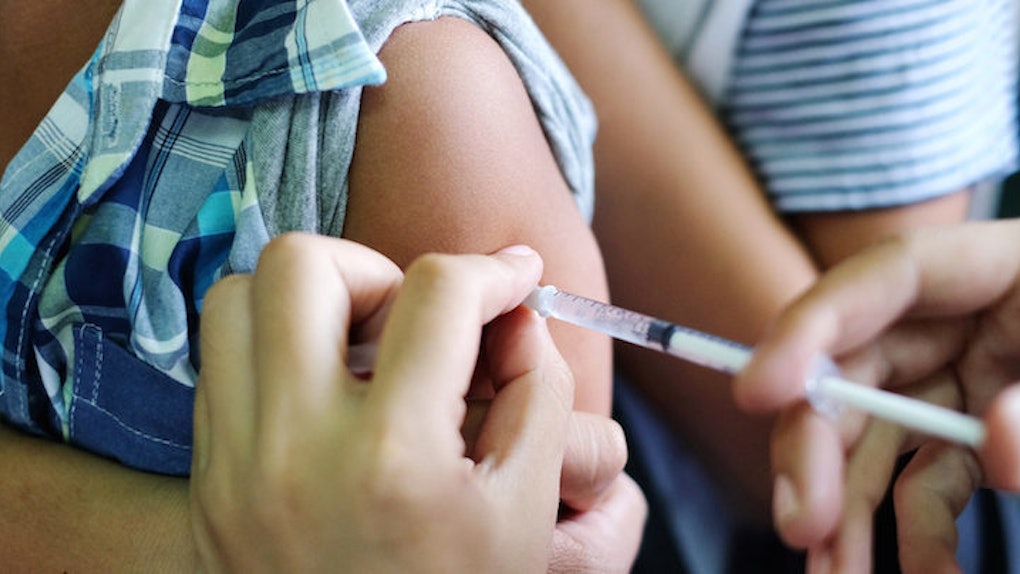 Check Point: 10 Reasons To Stay Up-To-Date With Your Vaccinations

Do you remember lining up with your friends at school to get that dreaded vaccine? Many of us tend to faint at the sight of our own blood, not to mention the trauma of seeing a needle.

August marks a month-long attempt by organizations like the World Health Organization (WHO), Centers for Disease Control and Prevention (CDC) and American Academy of Pediatrics to spread the importance and benefits of immunization.

The World Health Organization (WHO) has stressed the importance of immunization, especially those in children. A staggering one in five children miss out on yearly routine vaccines.

Did you know going in for immunization can actually prevent diseases and infections, such as HPV (human papillomavirus), hepatitis B, measles, mumps, pneumonia and polio, from happening?

Not to mention, immunization currently prevents 2 to 3 million deaths a year.

Though it seems like common sense to get immunized and vaccinated, there are many challenges that health officials and organizations like WHO face day in and day out.

Countries affected by diseases and infections such as hepatitis B, measles, mumps and polio are often third-world countries with limited resources, where health systems are poorly managed.

On top of that, many people in these countries are faced with having to choose what should take priority: immunization or feeding their families.

The competition of priorities makes it hard to demonstrate the importance of immunization in these areas of the world.

In North America, the competition lies in the various messages health officials are passing along to their clients. There have been many debates over the importance and effect immunization has on children as well as adults.

In a colorful infographic entitled “Vaccines Work,” the Public Health Agency of Canada demonstrates how much of a difference going in for your shot can make.

In 2014, the WHO came up with the slogan, “Are you up-to-date?” to remind people to check their vaccine status.

So, why bother with vaccines and immunization?

Here are 10 facts that show you why National Immunization Awareness Month is important:

1.  Vaccines are not meant just for children. Making sure you go in regularly is important, even when you get older. It can prevent diseases and infections, such as hepatitis A and B, measles and even the flu.

2. Immunization is one of the most effective ways of protecting yourself against any common disease and infection.

3. Despite what some advocates may say, vaccines are safe, and researchers and doctors are continually working to make sure they are safer.

4. Did you know 90 percent of deaths of those 65 and older are caused by the seasonal flu?

5. The CDC recommends getting vaccinated for the flu every year.

6. In the United States, an estimated 1.25 million people annually are infected with hepatitis B, which can affect anyone within the household

7. There are currently 79 million Americans infected by HPV, while another 14 million become infected each year. HPV has become so common that nearly 50 percent of sexually active men and women will get it at one point.

8. The childhood illness chickenpox was once so common that before the vaccine, pretty much every kid in the US contracted chickenpox.

10. It doesn't take long to go in once a year for your vaccines and to make sure you're up-to-date.

Missing out on your immunization and vaccines results in putting yourself at risk for many preventable diseases and infections. Why take that risk, when the key to prevention is out there? All it takes is one visit once a year with your doctor or health professional.

Don't risk it, and don't let that fear of the needle scare you off, either.

A little pain is a small price to pay for ensuring you've avoided something as trivial as chickenpox or even the measles.