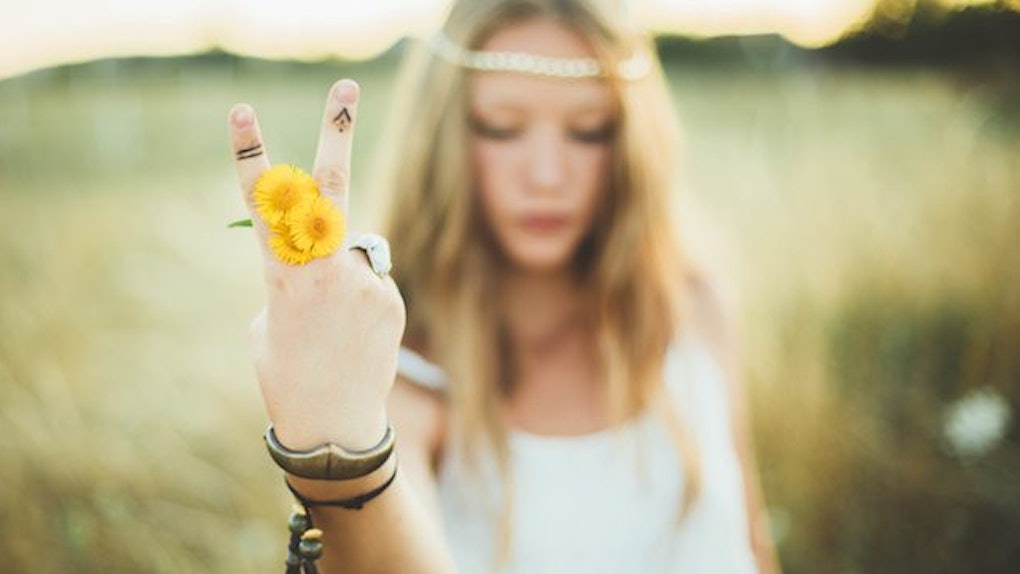 Imagine the world if everybody had to think the same.

How would we look as a collective group of people if we all had the same exact skin color, hair color and eye color? If everyone spoke exactly the same language and had the same accent?

I'll tell you one thing: Life would be pretty damn boring.

It's time for us to face the facts and take on the mindset of "My opinion matters, and so does yours, so let's cue the positive vibes and stop judging each other."

Everyone has a voice to be heard, because we all have different opinions.

Everyone has something different to bring to the table, which is what makes this world so dang incredible.

We have variety, and the human race is anything but dull.

There's enough hatred and negative vibes in the world today, which is all the more reason why we shouldn't judge someone simply because we don't agree with that person.

HEY — if a girl wants to be “forever single” because she's confident and DGAF, don't even think about judging her. Because, really, who are we to judge someone else when all is said and done?

We have no idea what that person may be going through behind closed doors.

The forever single gal has a list of solid reasons, just as much as you may be super passionate about being in a relationship.

Let's remember this important thing: It's certainly OK to agree on disagreeing.

Evelyn Beatrice Hall once said, “I disapprove of what you say, but I will defend to the death your right to say it.”

To be honest, I'm sure many of us can agree sometimes we can't help but want to roll our eyes at someone who doesn't agree with us. It's kind of a natural instinct, right?

BUT, it's key to remember that as strongly as we may feel about our own opinions, there's someone else who feels just as strongly about theirs… and that quality should be respected, not dissed.

Everyone sees things in a different light.

Here's why we can't judge: Nobody's perfect, or ever 100 percent right (even if you may think you are).

When you sit back and actually listen to someone, you realize they may be right, and you're both just looking at it through a different perspective.

It's like taking pictures with a digital camera, using different lenses. Even though you're capturing the same exact scene each time… the end results look different when you replace the lenses. Each picture is still just as beautiful as the previous one, and unique in its own way.

Different insights can be thought-provoking; they can inspire change or improvements.

There are different sides to every story, and different opinions are healthy.

Nobody should have to keep their opinions to themselves, but it's all in the presentation if and when you decide to share it. Tact is truly, everything.

And when it comes down to it, it would be pretty awesome if everyone would be more respectful. I know I need to take some of my own advice at times, but all it takes is one small group at a time to make a difference.