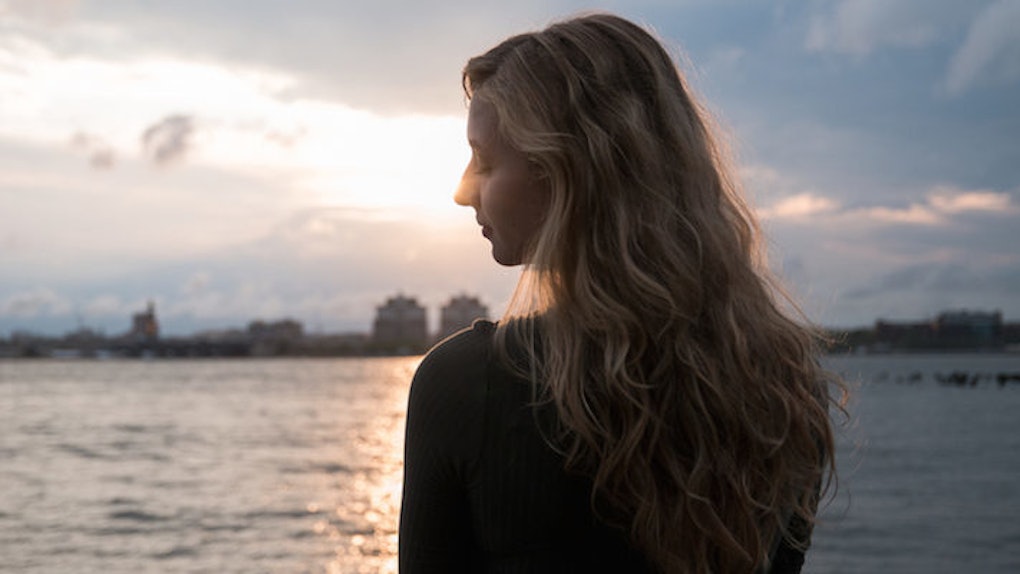 10 Mantras To Help You Live The Most Fulfilled, Enriched Life You Can

I'm fascinated with people who experience success at what they do.

But, I'm not so impressed with the outcome as I am with the habits and routines they forge over a lifetime in order to produce the outcomes they want.

How do people experience repeated success over the long term?

I spend a lot of my time reading about these people. While each journey varies greatly, a common thread can be woven into each of their stories: Most of them are not born into success.

They have simply worked their tails off to realize their successes. But, the work they put in isn't random or by chance.

The progress they experience over a lifetime is rooted in habits that are executed consistently. Fortunately for you and I, these habits can be emulated.

We all know someone who is really committed to his or her craft. This kind of commitment is contrary to someone who runs on emotional motivation and is fueled by "ra-ra" inspirational quotes and videos.

The habit of embracing daily commitment is more like a quiet strength that cannot be shaken. As WH Murray said, "Until one is committed, there is hesitancy, the chance to draw back, always ineffectiveness."

2. Be willing to pay the price.

It's waking up at 4 am to write before going to work, or speaking at hundreds of events for free. It's working three part-time jobs to fund acting classes.

When you set your sights on achieving your goal, it will take some kind of sacrifice. It's up to you to decide if you're willing to pay the price in order to give yourself a chance to realize the best possible outcome.

What many people don't understand is that the journey isn't what it looks like on Instagram. It's not always sandy beaches, or a good-looking lad sitting on a Ferrari, sipping a dirty martini.

The middle is a dogfight. This is how the journey to success plays out, too. It's in the middle where you'll get tested. The persistent people, the ones who are willing to pay the price, are able to visualize the light at the end of the tunnel.

The pain is worth the effort, and this enables them to keep going.

Deliberate practice is an activity designed specifically to improve performance. Most people practice by mindlessly repeating an activity over and over, without any clear goal of what they want to accomplish.

Going to the local YMCA to play pick-up basketball four times a week may seem like practice, but it is far from deliberate practice.

It's mistaking activity for improvement. If an athlete severely lacks an explosive first step and is very weak at dribbling with her left hand, these areas can only be improved with deliberate practice.

Lifting weights and increasing her strength to up her explosiveness would target her first step. Repeating ball-handling drills that focus on her left hand would bring up that area.

This is deliberate practice and it can be done consistently. It is quite contrary to showing up and playing pick-up basketball where she can hide behind her weaknesses.

4. Work hard (it's probably your only advantage).

Will Smith was asked about his secret to success and this is what he said:

"I’m not afraid to die on a treadmill. I will not be outworked. You may be more talented than me. You might be smarter than me. And you may be better looking than me. "But if we get on a treadmill together you are going to get off first or I’m going to die. It’s really that simple. I’m not going to be outworked."

His point wasn't to dare anyone to race him on a treadmill but to showcase out the fact that he worked hard and practiced his craft.

That was the only way he could get ahead. He knew that natural ability could take him only so far. But with deliberate practice, he could fulfill his greatest potential.

Sir James Dyson, who created of the famous Dyson vacuum, is no stranger to failure. He actually embraces failure.

"I made 5,127 prototypes of my vacuum before I got it right. There were 5,126 failures. But I learned from each one. That's how I came up with a solution. So I don't mind failure. "I've always thought that schoolchildren should be marked by the number of failures they've had. The child who tries strange things and experiences lots of failures to get there is probably more creative."

Rather than avoiding failure, embedding it into your plan removes the yolk off of your shoulders. It's relieving to know that failure is an option.

Now, setting out to internationally fail isn't the advice. That's just wasted effort. Instead, when you set out on any attempt, the expectation should be, "I am going to get success or a lesson."

Instead of linking anything less than success with a failure, by labeling it as a lesson, you'll actually come out of the other side with more wisdom equipping you to side-step making the same mistake twice.

Across multiple disciplines, you'll find that those who experience sustained progress in the craft are lifelong learners.

These people have an unquenchable thirst for knowledge and spend a lot of time ruminating on how the knowledge applies to their lives.

Maria Popova, the mastermind behind the blog, Brain Pickings, spends about 450 hours a month on her site, which is rooted in reading, learning and then writing about it all.

As the saying goes, when you stop learning, you stop growing.

7. Have a daily schedule.

It's nearly impossible to be committed, engage in deliberate practice and work hard when you don't know what you're supposed to do each day.

Neither success nor failure are typically one-time events. They're an accumulation of actions. If you sit down to write every day from 8 am to 10 am with a 700-word count goal, in one year you'll have written quite a lot.

It could be a book or a blog that now has some rich content. If you fail to balance your checkbook for an entire year, you'll probably run into some sticky financial situation.

If you show up to the gym four times a week for an entire year, you'll be in far better shape than when you started.

The thing we're all chasing is change: a change in our finances, in our health and the quality of our work. But, change will never happen until we change what we do daily.

A simple way to gain control of your days to be as effective and efficient as possible is to use the five-three-one method. At day's end, list the five most important things you must complete the next day. Then, list three things you did well today. Finally, list one thing you are grateful for.

Although material affluence is rising, our health is declining. Getting caught up in the chase for a finish line that doesn't exist can send you down a path where self-care gets thrown out the window and sleep usually gets the short end of the stick.

But, we seem to have some dissonance with the concept of sleep. Sleep is arguably the most important aspect of your health when it comes to your ability to function during your waking hours.

Ra Paulette is an American cave sculptor based in New Mexico who digs into hillsides to sculpt artistic pieces inside the mountain.

His work attracts visitors from around the world. He's self-taught and never went to architecture school. He spends his days working on his art with a shovel and it takes him years to complete each project.

His current project is projected to take 10 years, which he refers to as his magnum opus. Ra likes to work alone, but does enjoy the company of his dog.

He doesn't' do it for the money, although he has been commissioned to dig a few caves for residents. He charged $12 an hour for labor.

Ra has defined what success means in his life. He's 74 years old and says, "When I'm working on a project, I'm totally obsessed. I'm thinking about it all day long. Most people who are engaged in physical labor aren't having the fun that I'm having."

He knows what success is for himself, and because of that, he does what he loves and he does it with excellence.

10. Remind yourself it's not about you.

In his best-selling book, "The Purpose Driven Life," Rick Warren starts the book with one sentence: "It's not about you."

The book ultimately captures the concept that the gifts you've been given and the talents you develop are not intended for your benefit.

You showed up for a purpose, one that you and only you can fulfill in order to serve others. When you realize this, the mirage of achievement that can pull you in so many ways recedes like the ocean tide.

Life becomes simple (not easy) when you embrace the fact that's it's not about you.