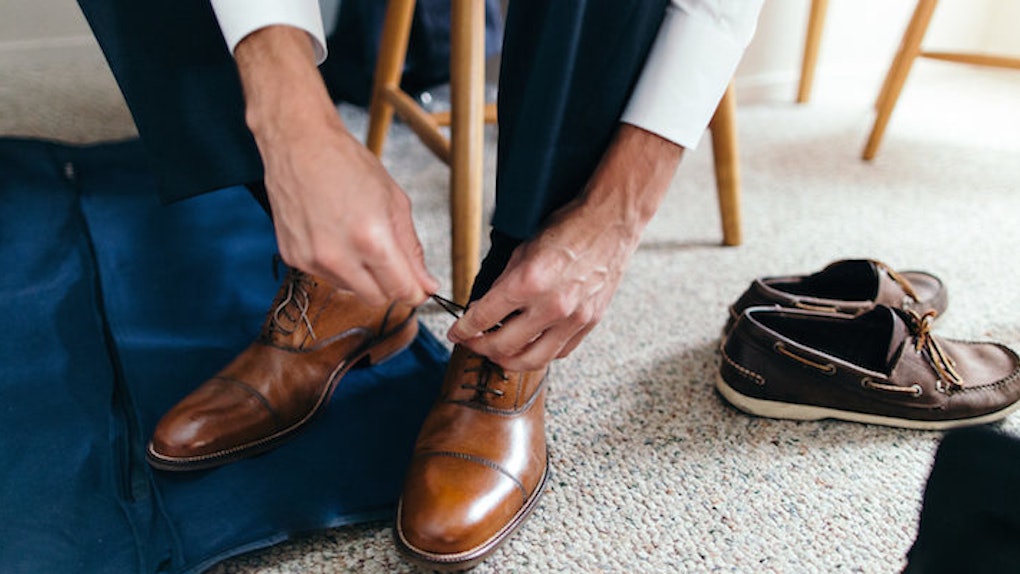 When we first reach the age of adulthood, for some reason, we firmly believe it is the prime time to stay up all night, party until the sun rises and take part in careless activities we know we're not supposed to.

After the first few years of schedules of work, play, no sleep and more play, the routine becomes repetitive and even tiresome.

When that fire of reckless and carefree behavior goes out, oftentimes, something automatically clicks.

Ambition triggers the craving for success, which ultimately changes who we are and allows us to grow.

Here are the things that tend to happen when we start making success our first priority:

Long gone are the days of rallying on Tuesdays (and sometimes Wednesdays, Thursdays, Fridays and Saturdays).

Once the thought of success makes you more excited than half-priced drinks at happy hour, that's when you know your priorities are changing.

You've had your fair share of embarrassing morning recaps and more whiskey and sodas to get you way past buzzed.

Now if you're going to go out, it's only once a week (maybe), and twice tops.

But sometimes, even just once is already pushing it.

When the thought of leisurely watching Netflix sounds like too much effort in and of itself (because that requires turning on whatever device you might use, waiting for it to load, finding what you want to watch and then actually having to stay up and watch it), the tables have definitely turned.

Turning down the Netflix session you deserve is a definite indicator that sleep has become your go-to form of relaxation.

At the end of a long day, nothing sounds better than being at peace in your own bed, under a fluffy blanket and surrounded by giant pillows.

3. Your past resurfaces, but you no longer seem to care.

You used to chase the people who let you go or whom you drifted far apart from.

But now that you have success at your fingertips, those people seem irrelevant.

You've found new excitement in your life and what really makes you happy in the moment.

Fortunately for you, that does not include those you spent too much time waiting for or chasing.

That's what happens when you put your own happiness first.

4. All of your past worries now seem small.

There are certain things we constantly worry about because for some reason, they stay in the back of our minds and resurface whenever they please.

Now that success is constantly on your mind, all of those problems seem small.

(Also, they probably are. You're the type who just thinks too much, and I'm guilty of that, too.)

You come to realize there are bigger things you could be worrying about, instead of whether or not that guy or girl likes you, or if what's-his-name is mad at you.

5. Suddenly, you want to be successful in all aspects of your life, not just one.

The great thing about success is it causes a chain reaction.

Once one part of your life starts to come together, you suddenly notice your enthusiasm for getting all the other parts together, too.

Now you have the collective goal of being your best self ever.

6. You're more mature than you were before, even if you don't notice it automatically.

The irresponsible person you once were has gotten left behind on your journey to success, which can also now be considered a journey to self-growth and personal happiness.

You don't truly notice this until you feel the difference when you're with a group of old friends who haven't seemed to change in years.

Your outlook on certain things are no longer the same, and old, irrelevant topics just don't sit on your radar anymore.

7. For the first time, you feel like you have your life together.

Your days used to feel strictly like a routine you went through over and over again, just because you had to.

You had to go to class.

You had to go out because everyone else was.

You had to go to work.

But for the first time, you feel like you're not just going through each day because you have to.

You're doing everything because it will lead you to a set goal you're hungry to achieve.

Say sayonara to your constant personal pep talks of "Get it together."

Back in the day, when you were in that "perfect" relationship or so concerned about what other people thought of you, all you cared about was making your significant other happy or doing your best to fit in.

During those processes, you cluelessly stopped putting yourself first.

Maybe you have even lost yourself a little by the end of it all.

With a drive for success comes a change in what's important in your life.

Luckily, you've come to the realization that your health and happiness should always come before anyone else's.

No, that is not selfish.

9. The future excites you more than it scares you.

The most outrageous thing when it comes to the future is there are so many opportunities that are yet to come.

For many, that's a terrifying thought.

The fact there is an unlimited amount of possible paths your life may skew toward can be mind-boggling.

Now that you have an idea of what you want to see yourself accomplish and where you imagine yourself to be somewhere down the road, the future gives you excited chills about what may come your way in the crazy world of the unknown.