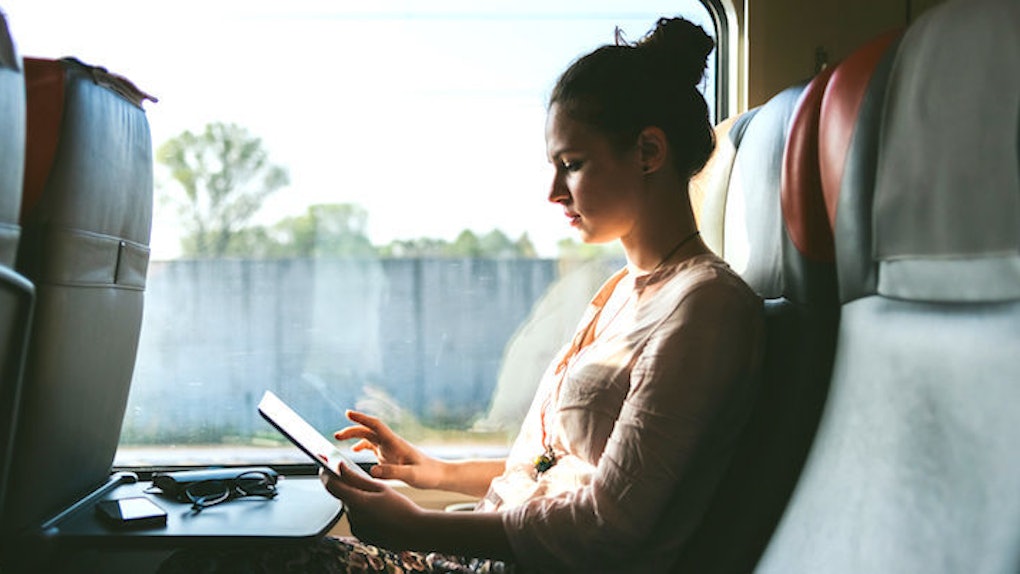 7 Ways To Turn A Long, Hellish Work Commute Into A Productive Time

At my last job, the commute was a bitch. It was a relentless, infinite and annoying bitch.

I always hit traffic. It was as if the drivers said to themselves, “Hey, Natalya really has to get to work today, so let’s make her commute a living hell by driving extra slow. Let’s also get in an accident that blocks two lanes and causes major backup.”

The time it took me to drive to work was about 70 minutes. The way back was about an hour and a half. My drive was the equivalent to the length of a movie.

Time restraints aside, I am a no-longer-college-student-but-still-on-a-college-budget Millennial who was paying a ridiculous amount of money in gas and tolls monthly. We’re talking hundreds of dollars here, people. That money could have gone to a more important cause, like booze or cheese.

However, being as annoyingly optimistic as I am, I managed to find some good in the never-ending treacherous commute. There are, believe it or not, plenty of perks to a rather extended drive to and from work. Just try to forget the fact you have to fill your tank up three times a week.

(Disclaimer: I am not promoting doing these things while actually driving. Keep your eyes on the road. This is for those who are literally parked on their way to work, or at red lights the majority of the time -- aka, those not actively moving.)

1. You can get almost an hour’s worth of news.

Dazzle your coworkers with everything you’ve heard on the radio. From local news to national news, you’re an expert at this!

Not to mention, causal fodder aside, it is a great segue to introduce trending new blog topics or social media posts your company can share online. How do you like me now, boss man?

2. You learn lyrics to songs quickly.

Anyone know the lyrics to Nicki Minaj’s new single? I bet you do. And if you don’t, there is plenty of time to play it on repeat until you nail the different inflections, complete with that sassy charm Minaj always exhibits.

Long commutes are also when the best traffic jam remixes happen. I'm a proud witness to hearing Ginuwine's "Pony" mixed with Eminem's "Cleaning Out My Closet."

3. You have great opportunity for funny Snapchats.

If there were an ideal Snap o'clock to perfect your six-second videos, it’s a long commute.

Whether you’re working on your Matthew McConaughey parody in his Lincoln car commercials, or showing off your newfound rap skills, your Snapchat story is bound to be hilarious and wildly entertaining.

Or, you can opt for the regular, “I am stuck in this horrendous traffic moving at a snail’s pace and gosh, I am so tired, so whoops, here is a selfie” picture. Don’t forget the caption, “Ugh, traffic” or something just as original, like #IDroveUpLikeThis.

Sure, your excessive videos and pictures may annoy the hell out of your friends and family, but isn’t that the point of Snapchat?

Don’t pull your hair out when you're stuck in bumper-to-bumper traffic. Put your car in park (if you can), and be productive.

Check your emails, update your Facebook status, whatever! To be honest, part of this article was written on my phone, stuck in one of the worst traffic jams of my life. With two lanes blocked and a standstill of cars, I was a bad bitch, shaking and moving.

Note: It’s also a great time to look over your grocery list before you get off your exit.

5. You can catch up with friends and family.

The Betty White of the family, aka my Nana, and I have fantastic conversations on the way home. Topics range from the news to the dinner she made that night, to how horrible my day went and, of course, gossiping about other family members. Grandmas have all the dirt.

6. Your makeup game is on point.

What women do their makeup in the bathroom anymore? Surely not you, girl on the go!

Anyone with a long commute knows leaving the house five minutes later than you were supposed to equals half an hour more stuck in park on the highway. So, grab your makeup bag, and leave on time. You’re going to hit a ton of red lights or pesky school zones anyway, so make the best out of it!

Because you have quite the lengthy bit of time to do your face, it’s going to look like you stepped out of the MAC store. Hello, gorgeous!

Some tips to remember: Keep makeup wipes in reach, just in case that smokey eye doesn't work out. Also, do not forget to bring your makeup bag inside when you finally get to work. That is, unless you want your chapstick scalding you as soon as you open it, forgetting it’s been baking full blast in your oven of a car.

Breakfast, second breakfast, early dinner and everything in-between will be consumed in your car.

This kind of works out in your favor, considering it’s an awesome incentive to buy some tasty snacks for yourself. Ants on a log and Goldfish never go out of style.