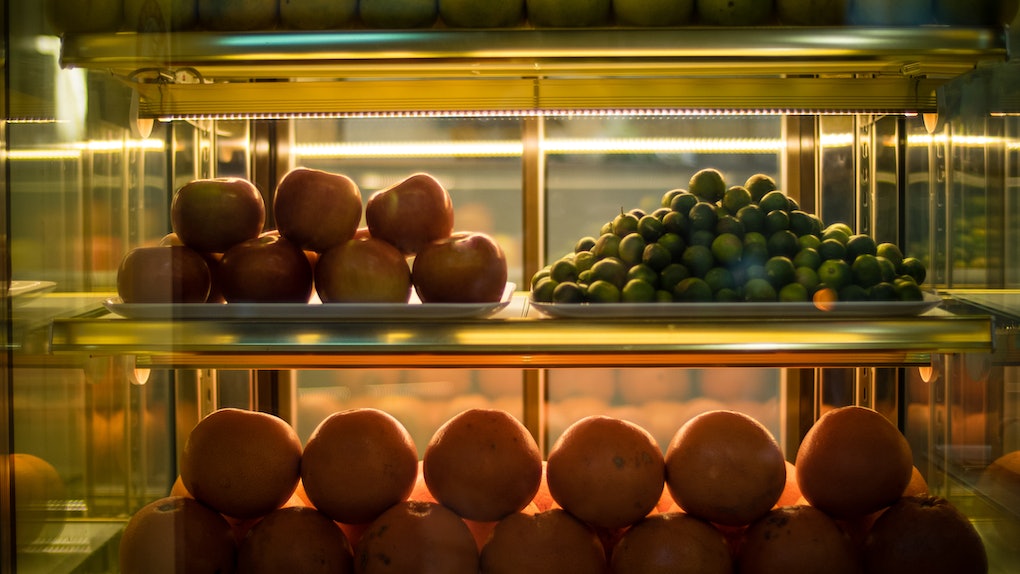 Dr. Steven Bratman's first career was as an organic farmer in the late 70s.

While working on the farm, he slowly became very obsessed with healthy food and even pictured himself scrambling in the dirt for raw vegetables and herbs.

He wouldn't eat anything if he didn't know where it came from.

He battled with this obsession for years, and even somewhat inflicted it on his children.

Jordan Younger adopted veganism to combat her indigestion. It worked, and she became a notable blogger on her vegan lifestyle.

She would post recipes on her blog, then called “The Blonde Vegan,” and even provide coaching for her avid followers.

But it wasn't long until her plant-based diet turned into an obsession, and vegan food was all she could think about.

It got to the point where I was afraid of so many foods except kale, some fruit and juices.

She was malnourished; her hair was thin, skin orange, teeth yellow and emotionally a mess, she describes. She eventually stopped having her period.

What Younger and Bratman have in common is that they both suffered from orthorexia.

Orthorexia nervosa is a type of eating disorder coined in 1996 by Bratman, a physician.

Although orthorexia isn't recognized as a clinical disorder in the DSM-5 (The Diagnostic and Statistical Manual of Mental Disorders), it is becoming more and more prevalent in our society, particularly among Millennials.

It's sometimes recognized as a form of OCD, or categorized among other DSM-identified eating disorders, like restrictive food intake disorder or eating disorder not otherwise specified.

Unlike more traditional eating disorders like anorexia and bulimia, orthorexia sufferers aren't trying to change their body images to be thinner.

It's more about the exclusion of many food groups and achieving a physical form of spiritual perfection.

Orthorexics' thoughts revolve around eating clean and pure, and they become obsessed with maintaining that consistently.

How is it different from clean eating?

It may sound familiar in an era of paleo, raw food and clean eating, but the difference between someone adopting a healthy diet and orthorexia is when it begins harming other dimensions of your life.

What makes it an eating disorder is the degree to which your thoughts around clean eating interfere with the quality of your life, thwart socializations and can become fatal.

Bratman even tells us about an instance where he heard one person describe food as her "boyfriend," illustrating how it often takes precedence over intimate relationships.

If your food theories are complicated enough, it's hard to do anything else.

Imagine skipping your friend's birthday dinner and staying home on a Friday night for fear of not having full control over how the food is prepared.

Imagine avoiding your mom's cooking because there may be one or two ingredients that don't sit well with you.

Imagine having panic attacks in grocery stores because you're not sure which lettuce is the cleanest.

That's when clean eating crosses the line and becomes orthorexia.

The most troubling effect is malnutrition. Bratman says it often results in the same physical outcome as anorexia, or serves as a gateway to it.

In Younger's case, she wasn't getting the nutrients she needed and her body was giving out on her, which is what prompted her to get help.

Ultimately, many who suffer from orthorexia need to get help from eating disorder specialists.

Younger said seeing a therapist and nutritionist helped her get out of the hardest stage. She had lost a lot of digestive enzymes, and her metabolism and her blood sugar were both unstable.

But they helped her get back on her feet. She says,

Who suffers from it?

Italian researchers have developed a questionnaire called the ORTO-15 to get an idea of the disorder's prevalence. Any score below 40 signifies orthorexia.

Some questions include: “Does the thought about food worry you for more than three hours a day?” and “Do you allow yourself any eating transgressions?” Participants have the option of answering Always, Often, Sometimes and Never.

The results found a 57.6 percent prevalence of orthorexia, with a two-to-one female-male ratio, according to Newsweek.

Similarly, The Bratman Test, which features similar questions like “Do you feel guilty when you stray from your diet?” and “Do you feel at peace with yourself and in total control when you eat healthily?” reports orthorexia in 12.8 percent of Austrian dieticians.

A 2014 study also outlines the criteria of orthorexia in a five-step standard that separates it from other disorders.

Many experts say orthorexia goes hand in hand with the popularization of diets and food culture. In the 90s, Bratman saw orthorexics adhering to the very strict macrobiotics diet.

While it is a looser set of rules than adhering to a single diet, today's savvy culture and messaging about dietary fads related to clean eating has created a larger net around forbidden foods, making the likelihood of orthorexia greater.

But healthy eating is only likely to cross the line if your mind is already wired to escalate obsessive disorders like orthorexia. That means it develops in minds that are more rigid, compulsive, anxious and that have perfectionist, obsessive tendencies, Kronberg says.

It's not a bad thing to eat well, but it's only bad when the genetic predisposition takes it to an extreme

In Bratman's case, it triggered perfectionism and the need to be pure.

Food is very powerful for many people and triggers a lot of emotional things.

How to approach it:

Approaching those with orthorexia can be tricky. Simply telling them to incorporate more food in their diets is the equivalent of telling them to stray from their religions.

It's like telling them to do something evil, like go drive drunk; they're not going to do that.

The same goes for ridiculing the diet itself. While debunking dietary myths is beneficial, on a personal level, it can come off as an attack to othorexics, experts say.

Bratman adds that orthorexia emulates some elements of addiction, so like any addiction, the sufferer has to realize he or she has a problem before it can be addressed.

Younger's turning point was simply a conversation with one of her friends, who had been suffering from an eating disorder.

For the first time, it became very clear to me that I was suffering from something very similar.

But the problem is also rooted in dietary theories. Bratman emphasizes people who preach about diets need to realize there are some vulnerable people who will run with it to the extreme.

Telling someone to be 100 percent anything will trigger perfectionistic tendencies.

Getting into the DSM-5:

While many experts believe orthorexia deserves an official medical classification, both Bratman and Kronberg don't believe it's necessary.

Kronberg says she doesn't often see clear-cut orthorexia in her patients — she often sees it layered on top of other eating disorders — but prompts clinicians to learn more about it.

Although Bratman says he sees orthorexia as a stand-alone disorder, as well as going hand in hand with other disorders, he isn't in any rush to get the term officially recognized, as long as the idea is out there among the public and medical communities.

The process for a term to be recognized often takes years; even bulimia took a long time to get official DSM recognition.

The process requires diagnostic criteria, as well as a researched definition that has to be agreed upon by all parties involved, which is where orthorexia is lingering.

It's also stuck in the definition phase because of the timing. Fast Company reports the criteria for recognition has changed since the DSM committee last did a review.

Additionally, during the last review in 2009, there wasn't enough published information and research on the disorder. Now, that's a different story.

Bratman is currently in the process of working with researchers to come up with a modified definition, but expects it to take years.

The first foods she began reincorporating into her diet were fish and eggs. She was scared at first.

I immediately felt more energy, but I was still terrified because I didn't trust that these foods were going to make me feel good.

But she's all about balance, variety and moderation, now. She says when she has thoughts of going back to veganism, she'll have fresh greens, but won't limit her diet to just that. If she's craving chocolate or a burger, she'll eat that, too, listening to what her body tells her.

In fact, her latest post on her recognized blog, which was dropped from “The Blonde Vegan,” and rebranded to “The Balanced Blonde,” is about how to get bikini bod ready for summer. Her solution? Confidence.

She's also in the process of releasing a book on veganism and orthorexia, with a foreward written by Bratman.

Ultimately, she wants sufferers to know they are not alone; there are a lot of people who can understand and help.

It's not something you have to deal with forever. There's a way to get help and it begins by listening to your body.

She also adds recovery shouldn't be feared, but embraced:

It's a great personal journey, you learn so much about your body and mind. I found [the process] to be really fulfilling.

If you or anyone you know is suffering from symptoms of orthorexia, visit www.MyNEDA.org for treatment referrals, or contact the National Eating Disorder Association's live helpline at 800-931-2237.