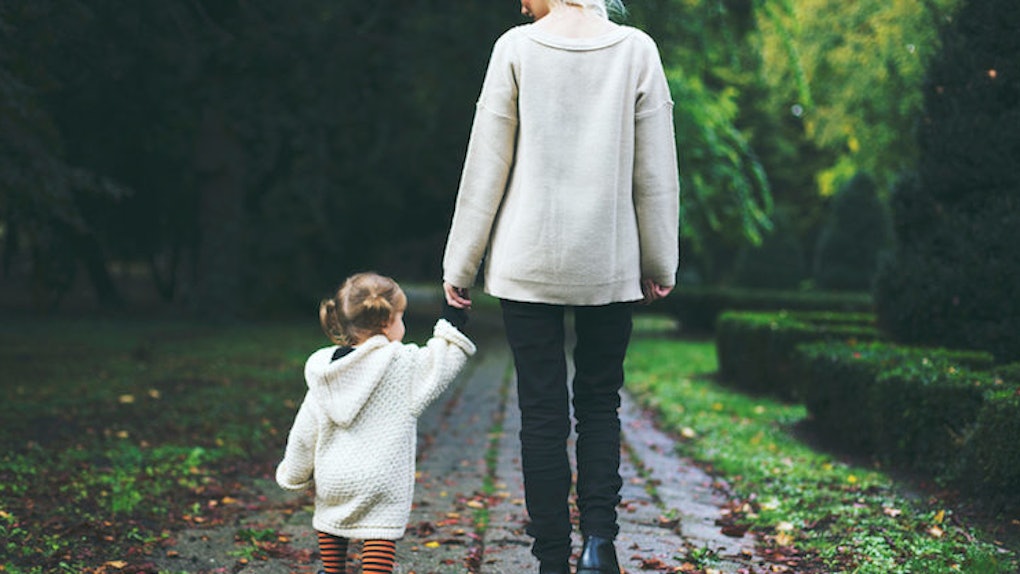 The Only Child Life: 10 Life Realities All Only Children Understand

Growing up, I heard a lot of “You’re so lucky you don’t have any brothers or sisters,” and “Wow, you must be so spoiled!” But, what the people who had siblings didn’t understand was, the crown weighs heavy on the head that wears it.

Being an only child was and remains to be not all it’s cracked up to be — here's why:

1. All Attention Is On You

Yes, in some ways it’s nice never having to compete with a brother or sister. All the presents under the tree are just for you; your birthday is basically a religious holiday, and your parents can rarely refuse your requests.

But, then, you come to realize that being an only child is kind of like playing singles tennis: If you mess up, it's all on you. When you break your mother’s expensive vase bouncing a ball off the living room wall, there is no one to share the blame.

In families with multiple children, the daily shenanigans are usually a team effort, but as an only child, punishment cannot be dispersed to anyone but you.

As you get older, failing a class in college, making questionable life choices and doing anything that would disappoint your parents has the same, if not worse, effect as when you got caught stealing a lollipop from the candy store.

You are your parents' reflection. The way you turn out, in many ways, defines them. No one is there to fix your f*ck ups or make you shine brighter in comparison. You’re the only bulb in the box and you better work.

2. Your Mom Calls You Not Once, But Seven Times A Day

As your mother’s only spawn, you’re missed immensely when you’re gone. She dedicated her life to one person, and that person is you. She’ll think of you before herself, and sometimes, it’s a curse.

When your mom’s favorite contestant doesn’t win "Dancing With The Stars," the first person to whom she thinks to complain is you. Your dad couldn’t care less and you couldn’t, either, but you feel obligated to humor her.

She worries. She has no one else to dedicate that nervous energy toward, so she calls you up just to make sure you’re still breathing, you’ve eaten in the past 24 hours, you got your flu shot, you’re using condoms and you weren’t abducted by aliens.

In her world of infinite possibilities of horrifying things that could happen to her little baby, anything is plausible.

Instant gratification is a familiar phenomenon for us only children. You spent your developing years in a little world that revolved all around you and making you happy.

The only time you had to share the throne was during mall outings with your cousins, which usually resulted in someone having a tantrum in the food court.

You see something and you simply must have it! NOW! But, unlike childhood, you’re among hundreds of others who have wants and needs in the world, which, sadly, does not revolve around you.

4. Being An Only Is Your Most Notable Character Flaw

“You’re such an only child” is an annoying comment you still hear, even in adulthood.

When you tell your friends about the new designer bag your mom got you for no reason or the couple hundred dollars your dad slipped into your pocket just because, they roll their eyes and smirk, making you feel like a pretentious yuppie, when you were just trying to explain how nice your parents are.

You don’t think twice about why you got so mad when your favorite seat at the bar was taken, or when you had a conniption because the boots you wanted in mahogany brown were sold out, but your friends immediately chalk it up to your inescapable only child syndrome.

As if sharing food is ever easy for anyone, only children probably struggle with it the most. Think of the seagulls from "Finding Nemo" who keep squawking, “Mine!” You know exactly how they feel.

You get to college and practically go into cardiac arrest over the fact that you will have to use a bathroom that other people — people you do not know — use, as well.

And then, your roommate, who's one of four, doesn’t see any issue with helping herself to your clothes and shoes when you’re not around. She and her sister do that all time, what’s the big deal?

No. The answer is just no. Don’t touch it; don’t smell it; don’t look at it. Don’t even think about it because it’s mine!

6. You Can Be Socially Awkward

Growing up, there was no other kid in the house to play with you, tell you when you were being weird, judge you, pick on you or set an example. For many only children, social exposure started later than others, which can be a crippling disadvantage that creeps up at the worst of times.

You’re not always the best at talking in a group of new people. Conversational timing isn’t always your strong suit, since you used to talk mostly to stuffed animals.

7. You Get Too Comfortable Being Alone

One thing I appreciate about being an only child is that I’m comfortable in solitude. At times, when you have no one but yourself, it’s nice to be okay with that.

But, sometimes, that comfortability gets to be too much. You realize mid-Sunday that you haven’t responded to eight texts; you spent the entire weekend watching reality TV in your underwear, and you’ve gotten hairier, all because you didn't notice you became a hermit.

8. If Your Parents Need Something, It’s All On You

For every only child with technologically-challenged parents, this one’s for you.

“How do you turn the laptop on?”

“Help me pay this bill online, I don’t know how.”

There’s no taking turns with someone else when it comes to taking care of your parents and their needs. You are their only hope; otherwise, they’ll never find that ON button.

9. You’re Weirdly Close With Your Pets

Because your mom and dad decided against your many requests for a brother or sister, they gave you the next best thing: a pet. Your cat, dog, bunny rabbit, turtle, whatever became your sibling.

You conversed with this animal. You bonded with it because it was the only other living thing in your house that experienced living with your insane parents, and you saw it as a little furry human who just got you.

I begged my parents to give me an older brother (not sure how that would’ve worked out); instead, I got a cat, and she’s definitely better than any big brother I could’ve had. In fact, I think that is exactly why only children are weirdly close with their pets.

10. You Get Babied Longer Than Other People

Having only one cub in the cave made Mama and Daddy bear very protective. Only children experience all the parental melodrama after they leave the nest, and sometimes, they have to cut the cord with a chainsaw.

Some kids with older siblings don’t have to deal with the crisis that is their inevitable freedom. Their parents are veterans in sending offspring into the world while the parents of only children sob their way through every milestone.

Your parents have one child to keep alive, and dammit, that kid’s gonna survive even if they have to pad him or her in foam and bubble wrap until age 40.

Of course, as we all do, only children grow up and learn to share (sometimes) and figure out how to function in social situations. But, there’s always a hint of that little kid inside of them who pops up from time to time, making sure no one forgets that they were once little spoiled brats.