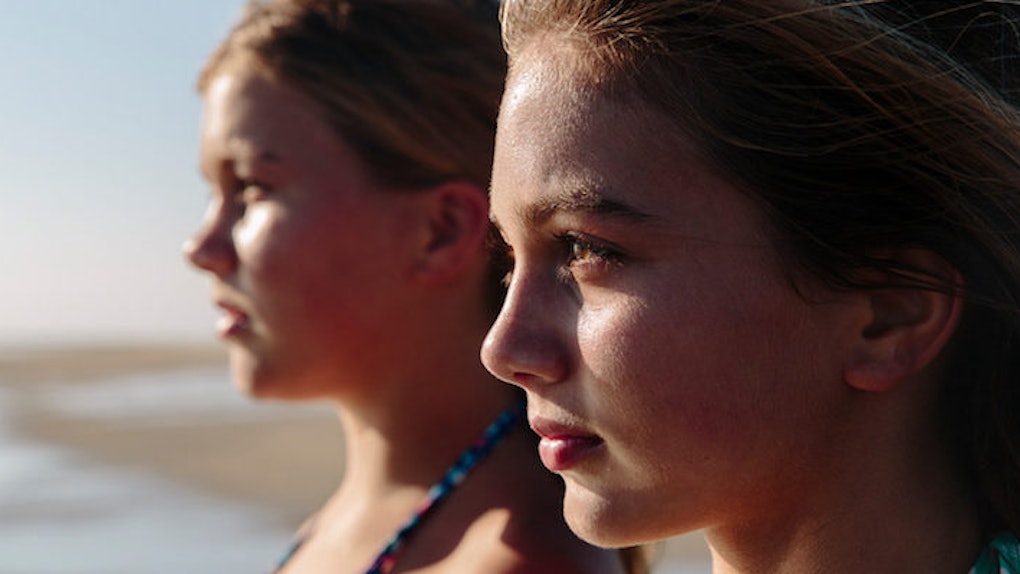 Embrace The Unknown, Letter To My 17-Year-Old Self

When looking back at my life I often think about the moments I'll never forget.

I choose scenes I would want to be highlighted and moments that have impacted who I am today like I'm trying to make my own biopic movie in my head.

You never realize the moment you become the better version of yourself until you look back on it.

It's funny because you never realize the moment where you become the better version of yourself until you look back on it.

When you walk into your house tomorrow, your world is going to change.

Your parents are going to be fighting and yelling again, but this time they're going to announce their divorce.

This is both the hardest and best thing to ever happen to you.

Let me tell you this: It's going to hurt like hell, you'll smile and act like everything is OK and then you'll run up to your room and cry like a baby.

You'll stop mid-way and tell yourself everything will be OK, and in that moment you'll promise yourself you'll be strong. You'll never cry that painfully ever again.

It's you against the world now. You promise that no matter what you do, you'll never let anyone else let you down.

You're 17 and you think you can control who you let into your life, for better or for worse, but it's harder than you think.

Though your promise sounds simple, you'll disappoint yourself over the next few years.

You'll trust people you shouldn't trust, and befriend people you would've been better off never meeting.

You'll love others more than you love yourself, and you'll end up making promises to yourself again.

With each broken promise you'll learn a lesson.

You'll learn there's always a right and wrong response. Though it may be hard to make the right response, self-control exists and you've got to learn how to master it.

Your decision will always come with a series of possibilities -- both for better and for worse.

You'll learn the picture in your head of how you think things are supposed to be will never be the same as reality.

You know you have goals you want to obtain, and points you want to reach. You know the type of person you want to become, you've known all along the person you're meant to be. Never lose sight of this.

I know it sucks, but if there's one thing I know about you it's that you're able to forgive, forget and move on. Forgive those who hurt you, and forget them.

The days ahead of you will soon begin to feel great. You'll excel in school, have amazing internships and friends who will last a lifetime.

You'll trust people again, and you'll believe in the "forever" in relationships.

But something still won't feel right. You've had this feeling before and you never knew how to label it. So you try not to focus on it.

Anxiety. This is a word you've never known before. You've never felt this way before. I'm going to teach you this word now, because it'll haunt you until you learn how to control it.

You're going to be at an event for your sorority, surrounded by your closest friends.

Throughout the night the feeling will come back to you, your heart will start to beat fast and you'll feel like you can't escape it.

You're going to have a panic attack. You're going to be fine, you always are, but you've got to accept and understand it's OK to feel out of control and to ask for help. It shows how strong you are.

You're 5 feet tall, the world is a lot bigger than you and there are people around you who love you and want to help you. You need to let them in.

I bet you're wondering what happened to the obsessive, obnoxious, carefree girl you were when you were younger?

The girl who had no filter. The girl who wrote a letter to her high school enemy, and mailed it to her so she could know just how dedicated you were to hating her.

Sorry to disappoint you, but you're still that ego driven girl, you've just learned to settle down a little.

You've had a few wakeup calls.

I know this will be hard to hear, but what you do and how you act will always come back around to either spite you or be a blessing.

Though you've made mistakes, you've realized everything in life is a cycle.

You start accepting people for all their flaws, because you realize you have no right to judge. And neither do they.

You'll stop explaining yourself, and when people question why you do certain things you'll just reply with “because I can.”

You've grown up, but you haven't lost yourself.