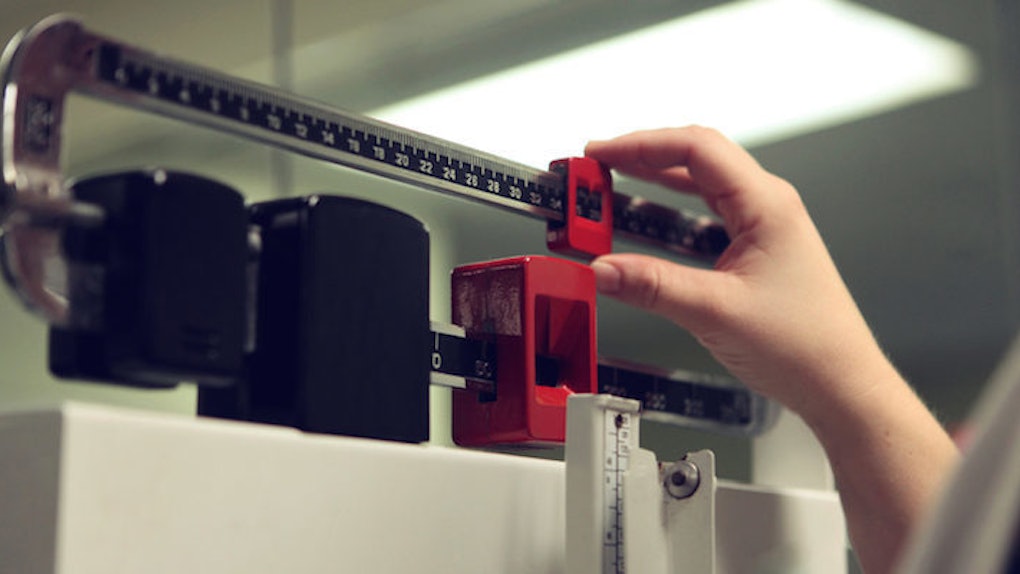 How I Learned The Difference Between Healthy And Skinny

We live in a pretty f*cked up society.

It seems like every other day, another young girl is suspended from school because someone considers her dress too revealing.

As if the average 13-year-old doesn’t have enough to worry about, she is constantly bombarded with people telling her she’s not pretty enough, thin enough, her hair isn’t long enough, or her boobs aren’t big enough.

The media have become so obsessed with an unattainable, unrealistic definition of beauty; our brains have almost become programmed to think we are never “enough.”

This week, on the tail of the unofficial start to summer, Lauren Conrad announced she is totally done with negative words like “skinny,” “slim” and “thin.”

Although not the first to undertake this feat, Conrad is kicking body-shaming right in its butt, pushing that unimportant number off the scale and focusing on what matters: being happy and healthy.

I stand behind Conrad’s ban on a very personal level, as I’ve come to the point in my life where I finally understand the difference between being healthy and being skinny.

I struggled with my weight throughout middle and high school, falling into the “overweight” category and causing worry among my parents and doctors.

I didn’t look the same as my friends, and all seventh-grade-me wanted was to be able to wear SoLow pants without feeling like a Pillsbury Dough-girl.

In perfect contradiction, I was a dancer, which somehow made everything better and worse at the same time.

Though I was defying the "fat girl" and "ballerina" stereotype simultaneously, it also meant I was constantly exposed to the judgmental eyes of large crowds and the unforgiving grip of shiny lycra.

I loved being on stage, but there was absolutely nothing more anxiety-inducing than having my costume measurements taken.

Almost seven years and 40 pounds later, I am happier, healthier and more confident than I ever could have imagined; though that isn’t to say I haven’t been a bit damaged along the way.

Self-acceptance, being happy and thankful for the body I've been given, is a journey I am still very much undertaking today.

But, weight loss and the self-love that comes with it can flirt with self-destruction.

There’s a difference between being fit and being skinny, and there's a fine line between healthy eating and disordered eating.

At times, my quest to be “healthier” consumed me.

It was quite literally an emotional roller coaster; my highs (losing two pounds in a week) making me feel like Ryan Gosling had just asked me to marry him, and my lows (“ruining” my day by eating one cookie) sending me dangerously close to moments of self-loathing.

After years of weight loss (and a little gain, thanks to going abroad and senior year), I’ve become accustomed to the reactions it solicits.

But, recently, I received a compliment that surprised and pleased me in a way I never anticipated.

After doing what I once considered impossible and posting a bikini shot on Instagram, a friend told me I looked “so fit,” and it all started to make sense.

That is what Conrad is aiming for.

Not only did I finally feel confident enough to even wear a bikini in the first place, but I was proud of my body.

I felt strong and I was grateful for that. Over the last year, my focus has shifted from weight loss to fitness.

It was no longer defined by my fear (perpetual and ridiculous) of my former self that motivated me to go to the gym each night, but the person I saw in the mirror each morning.

Instead of running away from something, I looked toward a stronger and healthier me.

I put in the work and had something to show for it, which no one could take away.

One day, my 10-year-old cousin looked in the mirror and exclaimed, “I’m freaking beautiful,” and she was right.

I wish I could be as fearless as her every single day.

I still have days where I stand in the mirror, wishing for just one less pound or one less inch, but those days are fewer and fewer.

I’ve come to terms with the fact that “skinny” is a body type some people are simply born with.

In fact, the “skinny” we see on the annual Victoria's Secret Fashion Show is genetically impossible for about 95 percent of the population.

So, no matter how many hours I spend at the gym, I’m never going to look like Gigi Hadid, but I’m finally okay with that.