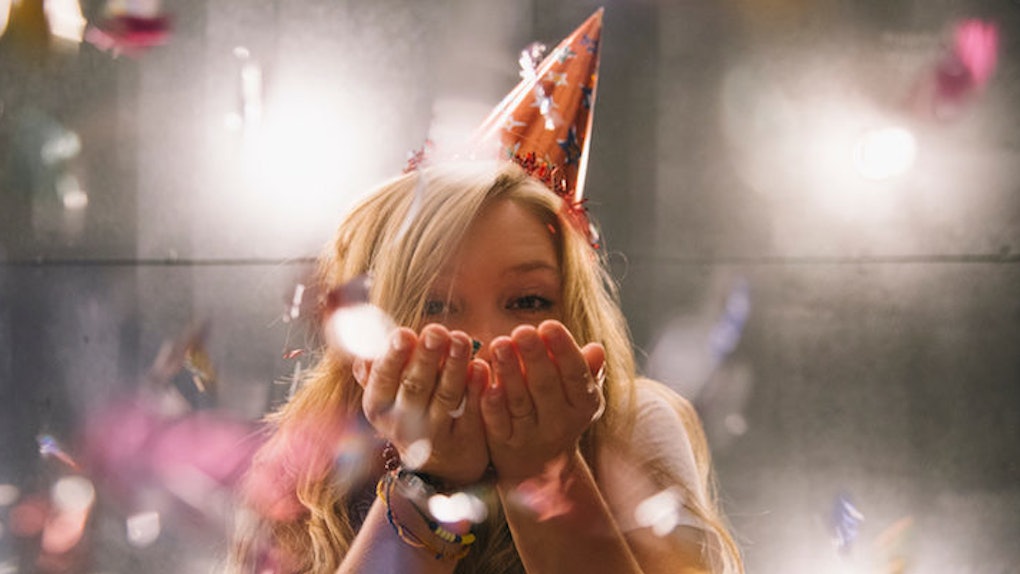 A college student turning 21 is like a Muslim going to Mecca: It's a sacred rite of passage that happens to everyone, and every time it happens to someone, it gets hyped up even more until it's finally your turn, and you can't believe the moment is actually, really here.

Some people embark on this holy pilgrimage early in their college career -- the beginning of their junior year, perhaps -- and they become the designated person who goes on all the alcohol runs for their underage group of friends.

Slowly throughout junior year, more and more people turn 21 and (hopefully) start to pay the person they freeloaded off for so long back for all the alcohol.

Then, there are the unlucky few who turn 21 the summer before their senior year, who miss their entire junior year and the opportunity to turn 21 in college. But they come back that final year legal and ready to party.

And finally, there are the unluckiest of the unlucky few who turn 21 after senior year begins. That was me.

In the beginning of the fall semester of my senior year, every minute and every day that wasn't midnight on September 23, my birthday, didn't matter.

Until I was allowed to legally enter an establishment in which I could consume copious amounts of alcohol without the anxiety of getting caught with a fake ID, I was not a real senior -- I was just in purgatory between child and immortal, unstoppable being.

It goes without saying that there are a lot of struggles that come with being one of the last people to turn 21 in your grade. Here are 13 of them.

1. You're in constant fear that your friends' plans will include going to a bar

As soon as everyone talks about "checking out that new place downtown," you sigh and visibly tense your shoulders. It's just another night you won't be able to join in the fun. Time to try to find someone to buy you alcohol.

2. You get way too drunk at pregames and end up alone

Obviously you're going to pregame with your 21-plus-year-old friends, but they'll inevitably ditch you to go be legal and cool, leaving you to be drunk and alone.

3. You've turned into a con artist

You have four fake IDs and four matching credit cards, and you've memorized all the addresses and numbers on each one. You're prepared for any questioning by any bartenders or doormen.

4. You've lost more money trying to get your fake IDs back than you spent on buying them

5. You've tried to convince bouncers to just let you inside the bar so you could be with your friends

If you've lost all your fakes, you try the old "I swear to God I won't touch anything. I literally just want to be inside the room. You can even watch me to make sure I don't order anything, and if I do, you can kick me out" bit. It never works.

6. Your friends never go home with you when you inevitably get rejected at every bar

They value alcohol more than you, apparently.

7. You have a best friend who's one of the first people to turn 21

And she'll want you to go out with her, of course, but you can't, because she's going to that really strict bar that spots fakes from miles away. That's just how the universe works.

8. You've resented the underclassmen friends you've been forced to hang out with

You love them -- you really do. But right now, the more time you spend with them, the more you are reminded of how much of a child you are.

9. You feel betrayed when the other young people you know in your grade turn 21 before you

HOW DARE THEY BETRAY THE GROUP! YOU WERE ALL IN THIS TOGETHER.

10. You torture yourself watching everyone have fun, in real time, via social media

An underage college senior with access to Snapchat or Instagram is the biggest masochist of them all.

11. You fantasize about what a bar is like, as if it's some kind of soulmate you have yet to meet and are setting way too high of expectations for

The frequency with which you've watched your friends cycle in and out of bars has only increased the hype around them.

And yes, you know a bar is probably not that special. You know it's probably just slabs of wood, sweaty bodies and a disgruntled 30-year-old mindlessly pouring shots behind a counter. It, like everything else, has its flaws.

But you don't care. Your fantasies are in full force.

12. You feel lame for being so excited to be legal

The novelty of bars and legality has worn off for everyone, so your bubbling excitement seems pretty banal.

13. When you finally get to drink your first legal beer, you will look like this

The author in her prime: her 21st birthday.