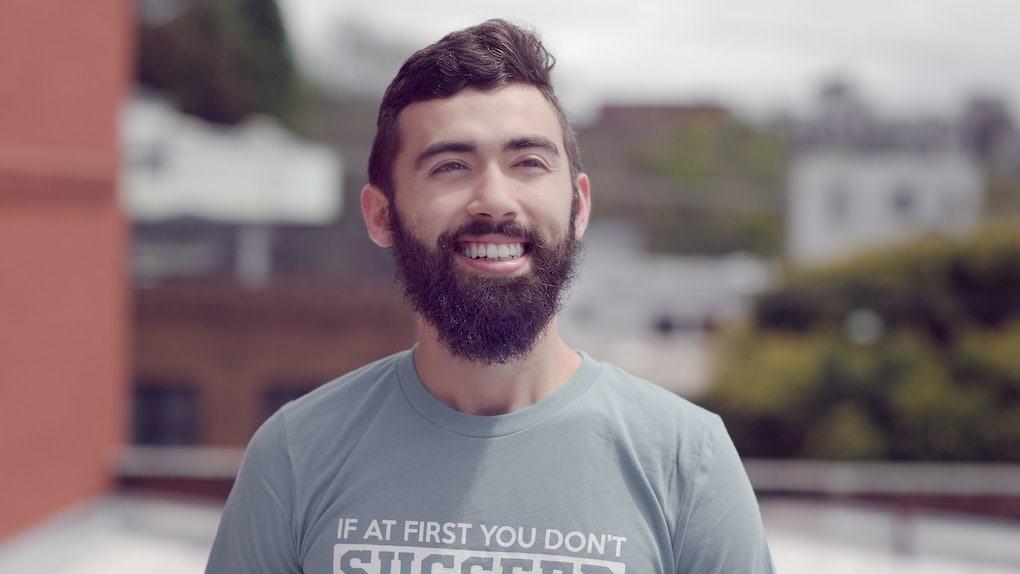 On the evening of November 4, 2010, sirens descended on festivities near the Point St. Bridge in Providence, Rhode Island. The Fish Company was a waterfront bar with a well-worn dance floor.

Every university town has that bar where ID is encouraged but not required; local college students lovingly called this one “FishCo.”

Among putrid airs, spilled beer, slumped cigarette smokers trying to get it together, and the ecstasy of dancers bumping and grinding to 90s hip-hop, the cops came in and the party ground to a halt.

You could have counted the number of patrons over 21 years old on one handcuff. Twenty-six summons were issued for underage drinking, and FishCo closed its doors forever.

Around that time, I was a late-blooming computer science student at Brown University trying to figure out my career. The expectations for students in my position were clear: do well in school and get a job at one of the companies with a booth and a brochure at the job fair.

I tried my luck at internships with the more creative companies: places like Pixar, Zynga and Dreamworks. These giants rejected me; a wise decision on their part. Instead, I got lucky with an intern role at a seed-stage web startup back in my hometown of Oakland.

During those three months at my first job, I sucked. At the end of the summer, my boss delivered the following words I will never forget:

“You want to know how you did? You were horrible. You over-promised and under-delivered. You took naps during the workday and went home whenever you wanted. "You should never take another job where you have a boss because you will get fired.”

While the idea of not having a boss really appealed to me, I still felt like I had something to prove by getting a gig at a major tech company. That next summer, with twice the audacity, I applied for a software engineering position at Google.

After three rounds of phone screens and remote coding challenges, I got an invite for an on-site interview. I strutted up to the Google Mountain View campus and proceeded to confidently knock out hour after hour of brain-boiling algorithmic challenges.

I screwed up on the last question. It was an extremely easy question. My interviewer asked me, “Do you have any other questions?”

Of course I did. I wanted to know what was the fastest path to becoming an executive at Google. My interviewer cringed. I felt compelled to tell her I was a very special person, and whatever I was a part of next was going to be hugely successful. She was not convinced.

It wasn’t surprising I didn’t get the job, but this failure helped me to understand my true career ambitions.

Jumping into the mainstream rat race of an existing tech company, budging and weaving my way to try to get a promotion just wasn’t for me. I wanted to lace up my heavy boots, sharpen my machete and blaze my own path to success.

Blazing My Own Trail

I knew wherever I was going, I was going to tirelessly hack my way there through any obstacle that stood in the way. However, I had no idea what direction to start heading in, and no way of knowing if I was carving a trail to a gold mine or a quagmire.

Sometimes, you just get lucky. And while anyone can get lucky once in a while, perceptive and successful people know when they get lucky, and when to follow that serendipitous path. My cofounder, Walker Williams, is one of those people.

A few days after my rejection from Google, I heard there was a guy in my class who had a startup and was hiring for a technical cofounder. Walker and I met up for smoothies on Thayer Street, and 15 minutes later, I was hired as the lead engineer for Jobzle.

We spent the next six months rebuilding Jobzle from the ground up. It was supposed to be a next-level job-finding solution for college students, but in reality, it was a glorified Craigslist clone with feature creep.

I became completely devoted to making this hopeless project a success, thinking if I could only hack out one more feature, we would start to gain traction. I was too deep in the thickets to see the forest for the trees.

The Birth Of Teespring

Luckily for me, Walker always kept his head on a swivel for new opportunities, and he saw one emerge in the hubbub of the drinking raid at FishCo.

His idea was to create a t-shirt campaign commemorating the bar so everyone could rally around this shared experience, and we could make some profit. The shirt read, “Free FishCo”; you can still view the original website at http://freefishco.com.

As we tried to figure out how to sell t-shirts to angry, sober college kids, without having to upfront the money ourselves to produce the shirts, we discovered elements of a business model that could be applied to almost any product or fundraising situation. It made sense to collect orders first, then produce the product perfectly to match that order.

Out of the ashes of FishCo, the idea for Teespring had been born. People all over campus approached us, asking if we could build them a similar site for their own t-shirt ideas.

Walker immediately recognized the opportunity: If we could scale what had happened with FishCo, we could create a tool that enabled anyone to launch their own t-shirt, with no upfront cost or risk. It would be a hit.

Meanwhile, I was two miles deep in the underbrush trying to hack my way to success with Jobzle.

With my eyes set firmly forward, machete raised high, Walker tapped on my back. He wanted us to walk away from Jobzle, to start blazing a new trail, towards Teespring. I looked back at him with skeptical, bloodshot eyes.

“But,” I protested, “That would mean losing all this progress. We’d be starting from scratch.”

Walker explained that was exactly what it meant, and that was good because we weren’t ever going to find success down this route. I reluctantly agreed to follow him.

I’m so grateful to have a cofounder both astute enough to see the right path, and also compelling enough to make me believe in it.

If it were easy, everyone would do it.

Starting from scratch was no picnic. It took us six months of unrewarding 16-hour days to build out the first version of Teespring. When we finally launched, nobody cared. The entire company was scraping along on the basis of a few hard-earned contracts we had inked out with local non-profits.

There was a moment when we messed up our largest order of the month and had to reprint thousands of units. This cost us nearly half the money we had in our bank account at the time, but we knew that was the right decision and the best way to make our customers happy.

In the Fall of 2012, it felt like we had reached an impasse. We were not growing; we were burning money, and we would soon be bankrupt. The vultures began to circle.

We received a call from the CEO of a large company offering what sounded like reasonable acquisition terms, so we flew down to their headquarters for the meeting.

Across the mahogany of an oversized conference table, the CEO sneered at us and asked what we’d think of an offer that would have us walking around with “one million dollars.” He stood up and left the room so we could discuss.

Walker and I exchanged an unimpressed glance, and I opened up my MacBook to blast “Hardback” by Dizzee Rascal.

“You need a hard back, stern face / play your position, and know your place / only move when the money’s calling / follow my advice, you’ll be balling”

The money wasn’t calling. We didn’t want to just build a million-dollar company. We knew we were creating something that would revolutionize the way people create and sell products online.

We said no to that offer.

Good Problems To Have

By the end of 2012, we turned a corner. We spent time getting to know our users and discovered new and innovative ways they were using Teespring to earn money. Many of them became millionaires through their Teespring businesses.

From there, we began growing organically, joined YCombinator and raised a Series A with Andreessen Horowitz.

We still have a long way to go in realizing the full potential of Teespring, but today, we’ve built a company that has shipped 15 million products around the world, and supports thousands of people who earn a part-time or full-time living through Teespring.

Now, we wrestle with hefty decisions and complicated operations challenges that make the trials of the early days look as simple as chopping down weeds. But when I complain to my friends in early-stage companies about these issues, they always seem to respond the same way: