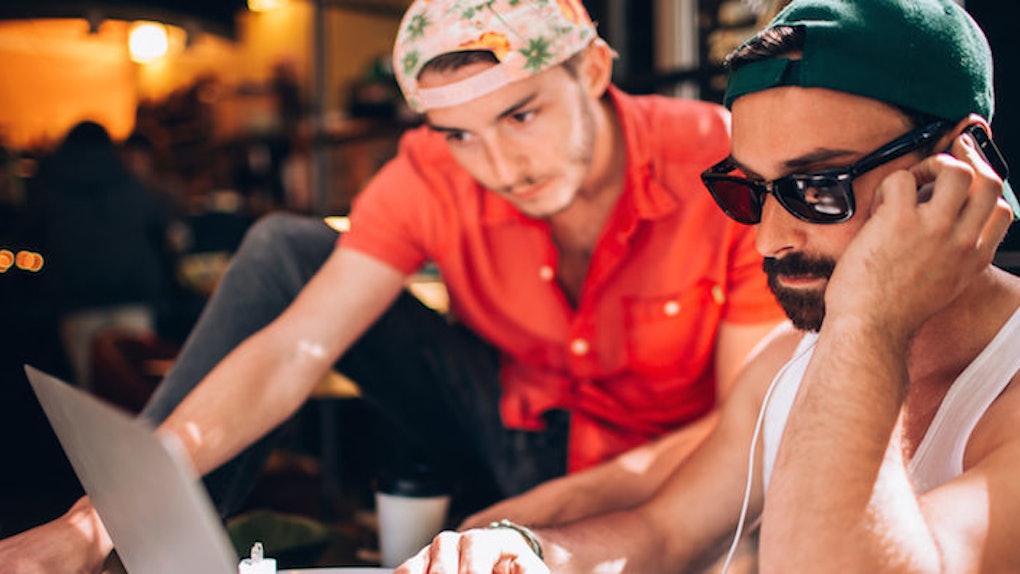 5 Dumb Internet Challenges That Never Should Have Existed

If you know me, then you are well aware of my opinion on dumb Internet trends that are perpetrated by teenagers.

They are usually referred to as "challenges," even though most of the time, there is nothing challenging about them at all.

We can rest assured that the word challenge refers to the mental capacity of the young, talented people doing them.

The latest in an endless wave of stupidity that isn't making our generation look any better than we claim it to be is the #DontJudgeChallenge.

The Don't Judge Challenge is a very misguided attempt used to combat body-shaming on the Internet.

The individuals who participate in this challenge are essentially trying to convey the message that if you have glasses, acne, are overweight, etc., you are still beautiful on the inside.

That is at least what these individuals claim to be doing.

But the way this challenge is being carried out, it basically has the opposite effect.

Every single one of these videos starts out with someone staring at the camera with a bunch of sh*t on his or her face, trying to look like the stereotype of an ugly person.

Then they cover up the camera lens using a jump cut to reveal they weren't ugly to begin with.

They were beautiful the whole time and pretended to be ugly.

Then the video ends with the hashtag.

Every time I see one of these videos, I get a clear message.

I will definitely think twice before judging someone with an actual unibrow, glasses or acne.

Unfortunately, I will not extend the same courtesy to the people dressing themselves up just to remind people they look great when they aren't putting makeup on their faces, in order to imitate people with acne.

To our praise, not all young people are obsessed with proving themselves on the Internet.

After this challenge started, many young adults and teens who are experiencing the difficulties of puberty voiced their opinion.

Newsflash: They are not very supportive of it.

This "challenge" has developed into a new way to make fun of less attractive people and reinforce the whole idea of beauty standards while pretending to be supportive.

If any of you have seen this video, I hope you see the very misguided attempts of creating something positive and supportive and releasing it to the Internet.

This Internet trend will definitely go down as the most vain attempt for someone to show off his or her own personal beauty.

So, why should we care?

You might be telling yourself it is just an Internet trend, just one of those viral video ideas.

Well, the answer to why we should care is that judging someone based off his or her looks can be a really terrible — and false — way to look at someone.

Puberty is a bitch, and the people who struggle with it should not have to constantly be reminded of it.

Since we live in a world where everyone can be in contact with each other through a press of a button, it's amazing how issues such as body image and racism are still seen in everyday life.

So in regards to the Don't Judge Challenge, just don't.

Now that we've dissected that trend a little, I must acknowledge to you not all Internet trends are created equally.

Most of you remember the ALS Ice Bucket Challenge from the summer of 2014.

According to alsa.org, the ALS Association received over $220 million in donations to date from people all over the country.

This Internet trend caught on so well that even celebrities started doing it.

From Bill Gates to Brad Pitt, everyone came together for a beneficial cause.

We live in a very technological age.

Most of all of the known information in the universe can be found by a simple Google search.

With that in mind, our Internet usage can be compared to a leadership style.

You have the choice to use it and spread knowledge and support, or you can use it to corrupt and abuse.

Think about how your choices will be received before you post anything.

Now that we have mentioned a few of the trends that have appeared lately, here's a fun list of honorable mentions:

This is when you rub lighter fluid on your body and then set it on fire.

They say people have died from this. I wonder how.

Although seeing the faces of people trying to hold in burning cinnamon is kind of entertaining, the possibility of choking isn't worth it.

I don't know what is worse, the fact Miley Cyrus started this or the fact mostly underaged girls participated in it.

You are basically eating hot peppers to prove nothing but your low level of intellect.

5. The Salt and Ice Challenge

This one is a middle school favorite.

You put ice on top of salt that touches your skin to simulate the pain of frostbite.

I don't get it either.