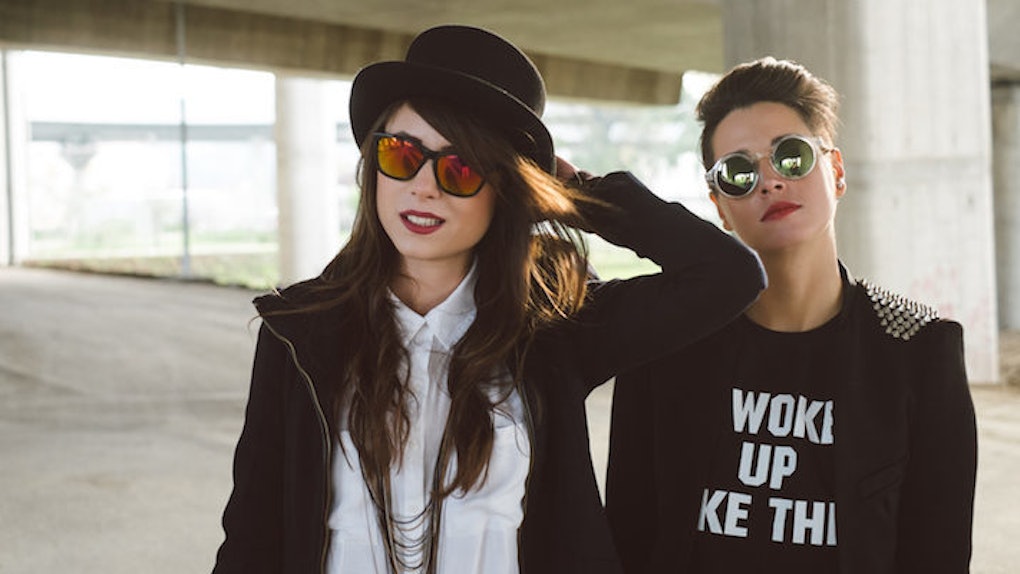 Outspoken, Not Evil: Why I May Be A B*tch, But I'm Never Cruel

I put out an ad on Craigslist in the hopes of finding a roommate to fill a three-bedroom apartment with my brother and I.

I sent forth a really quirky ad into the Internet universe, obviously not getting my hopes up because Craigslist is where ax murderers have been going to seek out their victims since 1995.

So, I was pleasantly surprised when Britney reached out. She was little, blonde and seemed very sweet.

Most importantly, she seemed sane, and sanity is quite crucial when it comes to having a healthy living situation with multiple roommates.

No one is trying to look for some crazy person. Moving is hellish enough as it is without locking yourself into a situation with a person who is utterly intolerable.

We became Facebook friends and immediately started looking for an apartment.

I saw a few places, but we weren't that stoked on anything. Our moving date is September 1, so we were on the lookout for something really great since we had a lot of time.

We never met in person -- though I hope she's planning to come hang out with me in New York City so I can show her around and hook her up with my boyfriend's hot, single friends (sorry, Bae, but your friends ARE hot).

We talked all day, every day. The two of us seemed to have a lot in common, from our love of wine to our "Sex and the City" obsession.

Then something happened that I really wasn't expecting. A friend of mine popped up and was looking for roommates.

As I hadn't met Britney in person, it just seemed like a good idea to go with someone whom I actually knew.

I have to admit, I am a total bitch. I'm not ashamed of this. I keep it real, and the few people I hold court with appreciate this fact about me.

I say a lot of mean sh*t, but it's all in the name of humor and general absurdity. I'm dry, sarcastic and yeah, I'm a f*cking bitch. I DGAF if that offends you. You don't have to f*ck with me.

Yet when it came to breaking the news to Britney, I truly felt so incredibly guilty and horrible about it. I may be a bitch, but I'm not cruel.

I don't feel bad about many things because I literally don't give a sh*t, but I absolutely do if it involves hurting someone's feelings, intentionally.

This whole thing got me thinking. There really is a remarkable, definable difference between being a bitch and just being straight up a bad person.

A bitch tells the truth; a cruel person says things to cause hurt.

Yes, I tell it like it is. If you ask me if that fugly dress is hideous, I will tell you. I want you to look good. That's what a good friend does.

A cruel person would not only tell you that the dress is great, he or she would encourage you to wear it all the time.

Cruel people love to sabotage you. A cruel person would only tell you that you look like sh*t for the purpose of making you feel badly about yourself, especially if you actually look fabulous.

A bitch is a person who has no filter because she doesn't give a f*ck about being appropriate. A cruel person uses his or her words with the INTENTION to cause suffering.

I may say some f*cked up stuff, but I would never use my mouth to cause you harm.

A bitch is loyal to a fault; a cruel person will throw you to the wolves.

A bitch has her squad, and she protects them with every ounce of energy she has. When one of her friends can't stand up for herself, she will be there to defend.

A cruel person is someone who is extremely selfish and doesn't GAF about anyone else.

The cruel person will have no problem cutting your throat and watching you die in a puddle of your own blood if it means getting ahead.

He or she is someone who will deliberately screw you without remorse.

My cousin worked for a fashion company, and her boss was the epitome of a ruthless, conscious-less c*nt. She was finishing school, and her boss was aware that she had a class she needed to take over the summer.

Everything was fine. Until it wasn't.

Out of nowhere, she told my cousin she could either drop the class or get fired. My cousin quit. She wasn't going to graduate late just to appease some horrid monster of a boss.

This woman literally f*cked up her career because she felt like it. Her boss was cruel.

In fact, here is the picture she says best illustrates this horrible woman:

A bitch is unapologetically real AF; a cruel person goes out of his or her way to cause misery.

A bitch is just a realist. We have sharp tongues, and we can say mean things, but it's never with the intention to cause anyone else hurt.

A cruel person is someone who literally goes out of his or her way to cause other people pain. It's really a reflection of his or her very deep-seated insecurities.

The need to cause others pain is a sick projection of that person's miserable, sad existence.

Anyway, I'll leave you with what happened with Britney.

I wrote her a very nervous, very heartfelt email. I felt like such a dick for having to abandon her.

She sent me back a very sweet, very understanding message. She said she knew I needed to do what was best for me.

We're still friends, and I'm really happy about that. Especially since I don't jive well with a lot of girls -- as most of us are little off our rockers (myself definitely included).

I'm glad we were able to work it out without our newly budding friendship being completely incinerated. So, yes, I am a bitch, but I am definitely not cruel.