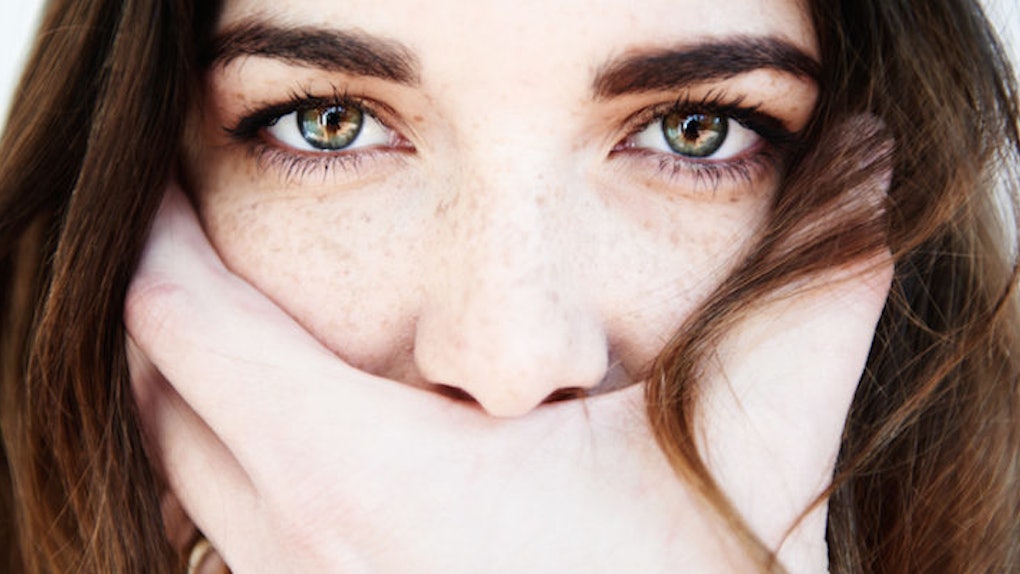 How Making A Vow To Stop Explaining Myself Changed My Life

When the ball dropped in Times Square to signify the start of 2015, I was halfway through my sophomore year of college.

I was only starting to familiarize myself with blogging and professional writing, and sharing it on social media made me nervous.

What would everyone think of me and my writing?

If friends asked me about it, I'd say things like, "Yeah, I was thinking about taking that down."

I guess these were just precautions in case they didn't like them.

When everyone started talking about setting their New Year's resolutions, I thought of all the typical ones teenage girls set year after year and then never follow through with: meet a guy, join a gym, watch less Netflix, etc.

You can stick to those basics, or you can change it up a bit and decide whether or not you should needlessly justify and explain yourself to others.

Here's a secret: It's not worth it.

In most cases, justifying yourself only makes you sound insecure.

It's a big flashing sign over your head that says, "Warning: Not Perfect."

I don't mean to go all "Hannah Montana" on y'all, but neither you or the people you're wasting time explaining yourself to are perfect.

You have to do things because you want to, and getting out of the habit of justifying yourself will help.

You are not going to be able to tell everybody your life story, and you shouldn't try to because that's exhausting.

If you truly feel uncomfortable doing something because you think others will judge you for it, take a step back.

Is it because it's actually a bad idea, or are you just insecure?

If it's the latter, go ahead and do it.

Also, when did it become so important to have the world know what's going on in your life?

I suppose the human race has always been unfortunately obsessed with fame and popularity, and I use Instagram as much as the next 18- to 24-year-old woman.

But in 2014, I reached a point where I had to sit behind each post for awhile and think, "Is it too obvious I used a filter?"

Why am I even posting a picture if it only looks good in sepia?

Let me tell you, fighting the urge to Instagram every moment of my life in 2015 made my year run much more smoothly than 2014.

If my career path didn't rely so heavily on social media, I might have deleted my account entirely.

I don't have to explain things my followers don't know about.

I can just live life the way I want to.

You will have to find your own happy medium when it comes to justifying social media.

For me, it was accepting that my career path calls for lots of it, but I don't want it in my personal life.

I decluttered my original account and made it more about my career and major life moments only, posting only a few times a week or less.

I also created a new, everyday account for my travel blog.

Nevertheless, I challenge you to step back from it in 2016.

Take a look around you.

If you're going to take pictures of what you see, take it so you can show your kids in 20 years or to use it as a conversation piece at your next brunch.

Don't give it all away online just so you can beat your "like" record.

Design a resolution that's going to help you.

After all, you aren't doing yourself any favors if you only set your resolution so you can post about it on every "likeable" source known to man.