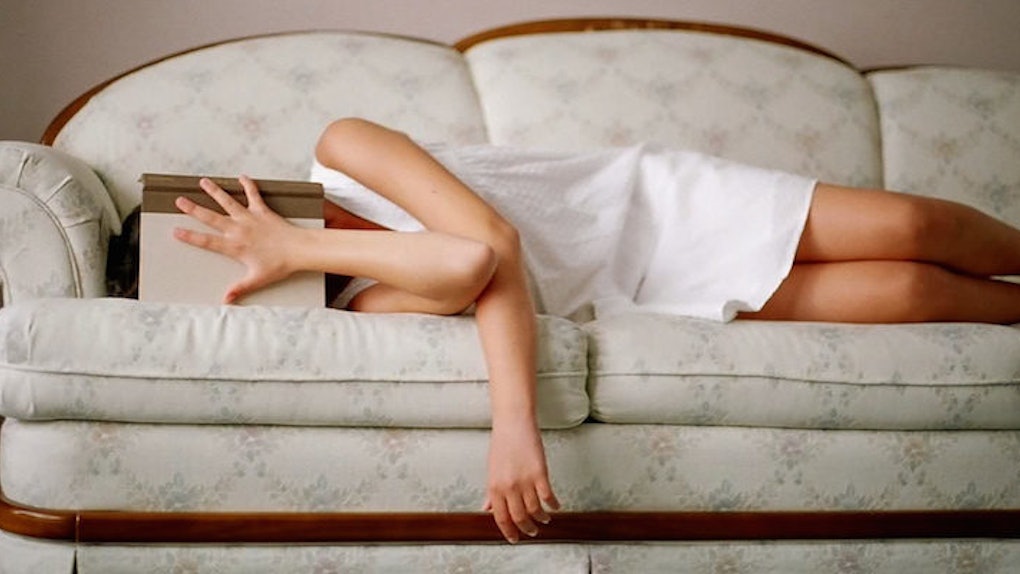 High School Never Ends: What It's Like To Have Former Loser Syndrome

When I was younger, I read a blog post on LiveJournal (#TBT) that really stuck with me. In the post, a woman described herself as being inflicted with “Former Loser Syndrome.”

I've always been fascinated by the way our brains preserve our middle school and high school experiences.

Those years were such a crucial, formative time in our lives, so it's not surprising that they're embedded so deeply within us, helping define who we are today.

Personally, I was never one of the "popular" girls. Quite the opposite, in fact.

I lived in New Jersey, and not in one of those nice parts that people leverage to convince you that the characters on "Jersey Shore" and "Real Housewives of New Jersey" don't reflect the real Jersey Shore -- no, I lived in the part where most, if not all, of those terrible stereotypes have emerged.

Let's just say The Situation is from my hometown and probably frequents my mall.

So, in a leopard-print universe in which push-up bras, elaborate makeup, skin-hugging yoga shorts and bronzed faces reigned supreme, there was nothing less cool than being a late bloomer: I got my period at the very end of eighth grade, and I didn't wear a bra, wax my eyebrows, shave my legs or put on makeup until around the middle of high school.

Plus, I hated MySpace, the epitome of what was cool back in the day. Everyone else had flashy layouts and painstakingly arranged their Top Eight, but my page was basically blank except for my profile picture, which was a close-up, cropped picture of my eyeball because who cares? I sure didn't. F*ck MySpace.

And it's because of all these experiences that I, too, feel inflicted with FLS.

Although I'm now an attractive 20-something woman with a great job, an awesome group of friends and an active social media presence, I still have my moments when I feel like that flat-chested, buck-toothed tween who writes fan fiction, has crushes solely on cartoon characters, lets popular guys copy her history homework and despises Abercrombie because it was too "conformist."

My FLS affects me all the time. To this day, I'm still intimidated by so-called popular girls. If you put me in a room with a member of the popular clique from middle school or high school, I will feel the terribly impulsive need to respect them.

It's such a strange phenomenon, especially considering most of those people aren't doing much with their lives anyway other than saving for the occasional class at community college and indulging their obsession with fitness.

Even when I try to fight against my FLS, I'm reminded of it pretty quickly.

For example, if I ever engage in, like, normal Millennial partying behavior, my childhood friends love to remind me of the time when I "didn't know the difference between alcohol and beer."

This happens to me every time I try to go out -- I'm forever the loser who started drinking way too late in life, who stands in the corner at a party and sips cautiously on her drink like it's some kind of poison.

Whenever my hair looks bad, I immediately think back to a time in early high school before I did my hair, when these girls I knew would do a "group vote" against me in which the leader would ask, "Who thinks Alexia's hair is greasy today?" and all three of them would raise their hand in agreement.

In fact, just yesterday, I told a coworker that I tried the chic restaurant she'd recommended to me a few weeks ago, and I confessed that I felt way too uncool to be in there.

The tiny act of asking the waiter for a glass of rosé even made me feel like an imposter. I'm not chic enough to drink rosé; I should just shut up and drink my free tap water like the straight-edged nerd I am.

My FLS might pop up unexpectedly, but I'm far from embarrassed of my loser days. I'm actually really grateful for them. They never let me forget my roots and constantly humble me, forcing me to remember the struggle in becoming who I am today.

I just wouldn't be me if it weren't for all those hours I spent alone in my bedroom teaching myself how to code website layouts, writing in my Xanga and wearing my retainer to school.

I also like to think my loser days have made me a more sympathetic person. I've known exactly what it feels like to be looked at like you're a big ass weirdo with no friends who, as one guy accused me of in the seventh grade, "just studies all day," so I can relate to people who might feel, well, like losers.

Even more than merely sympathizing with them, I fully respect those who have had a loser past more than those who used to be popular. Losers have no shame in who they are and don't give a sh*t about being cool or following trends, and those are the people I gravitate toward.

After all, that's the kind of kid I always was -- and the kind of adult I strive to continue to be.