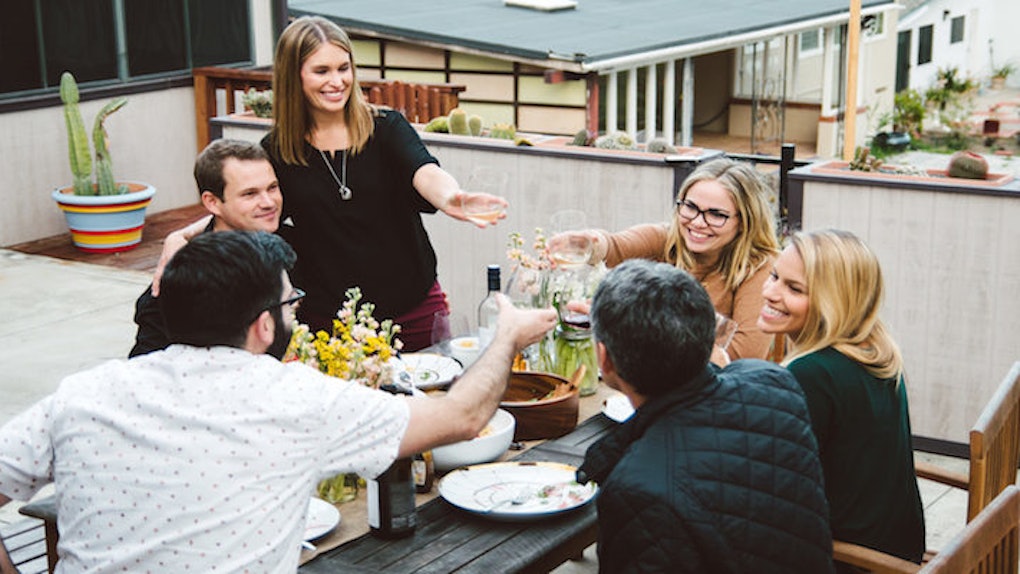 Late Bloomers: Why We'll Actually Be The Happiest In Our Late 30s

How many of you graduated college and thought, “Hey, it was a good run"? I’m sure the answer is a lot. It’s cool, don’t sweat it -- I felt the same way.

Grabbing that diploma marked the end of the fun we’d all come to know and love, when casual sex and irresponsible choices were the norm.

Graduation also meant the beginning of adulthood. And I mean real adulthood, the type that typically involves things like paying your own phone bills and working a full-time, nine-to-five job.

Believing that some of your happiest days have potentially come and gone is a tough pill to swallow. But the thought strikes us all at some point. We know we can’t stay young forever, but we also know that we'd like to.

But getting old can’t be that bad, can it? That's what life is all about, anyway -- the constant growth from one phase to the next.

Just because growing old may feel different doesn’t mean it’s all downhill from graduation. There may be no more college parties or lazy weekday mornings, but adulthood has a few perks.

We remind ourselves that someone may be foolish enough to marry us someday. We fantasize about starting our own families and coaching our kids on Little League teams. Thoughts like that make adulthood seem OK, right?

Happiness is a choice (man, I love that cliché). If we see aging as a time bomb that will explode when we become senior citizens, the path ahead will certainly look grim. But life is always what we make of it, so if we maintain a level head and try to take sh*t in stride, we’ll be able to find happiness -- regardless of our age.

In fact, according to scientific research, it seems that growing old might not be as ominous as we might think. Our happiest days may still be yet to come.

As explained by Romeo Vitelli, Ph.D., in Psychology Today, our happiest years are not during college or high school, nor are they in our childhood. They're actually in our mid-to-late-30s.

Vitelli references a study in the journal Developmental Psychology that followed two groups of people: It tracked high schoolers from ages 18 to 43, and college students from 23 to 37.

Researchers from Brandeis University and the University of Alberta used two separate methods to measure the participants' happiness levels over time.

For the high schoolers' levels of happiness, researchers used something called the Edmonton Transitions Study (ETS), a research project that measures changes in the marital status, physical health, self-esteem and employment of high school seniors over the course of 25 years.

For the college students, researchers used a survey to collect 14 years worth of data similar to the scope of data collected from ETS.

Researchers found that among the high schoolers, "happiness rose sharply from age 18 to 25 and leveled off slightly around the age of 32." Among the college students, happiness increased from age 23 all the way up to age 37, when it finally started to dip.

Vitelli also discussed a separate study called “Midlife in the United States," which provided a different perspective on happiness. According to this study, perceived happiness remains steady during our 20s and into our 30s, but we experience a bit of a dip in our 40s.

I suppose that’s what some of us might consider a “midlife crisis.”

The study indicates that happiness levels will increase gradually after our 40s before capping off at around age 69 (sexy!).

Vitelli gives a few factors that contribute to our happiness in our late 30s. As we reach our late 30s, things like marriage, family and job status will fall into place. By then, we’ll (hopefully) have found partners, started families and ultimately found some sense of security and success in our careers.

As for the study claiming we’ll be our happiest in our late 60s, I’m not exactly sure why that's the case. I would assume that, by that age, things just sort of settle down for us. There isn’t much to worry about in your late 60s. There's no more fear of being a complete failure or paranoia over what’s to come next. By that age, we just sort of enjoy the ride.

And that’s a valuable lesson for us, regardless of our age. Because you shouldn't have to wait until you’re 69 to just enjoy the ride. You can start believing now that everything will end up OK.