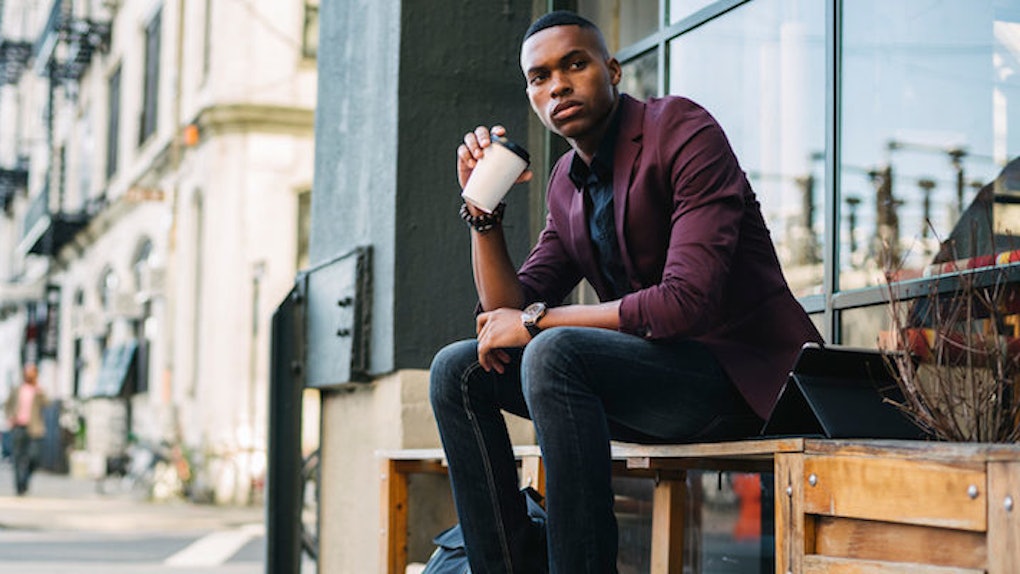 Over a cup of coffee the other day, my friend and I were talking about our general anxieties and worries in life.

And we found that the subject was growing old.

My friend said it best: “Dude, being an adult is just doing a bunch of sh*t you don’t want to.”

And he opened my eyes to the true significance of growing up.

I mean, I immediately understood what he was saying. Growing up is about doing the things you have to do, even though they may not also be the same things you necessarily want to do.

It’s about handling business, taking care of responsibility and doing the right thing as opposed to the fun thing.

So, yeah, in effect, growing up f*cking sucks. But it’s something we all must do eventually, so we might as well take it in stride.

That doesn’t mean we still can’t complain about how annoying adulting is. At the end of the day, even though we may have to do a bunch of sh*t we don’t want to, nobody said we have to enjoy it. We just have to do it.

Here are few examples of things we adults do -- regardless of whether or not we're in the mood.

As you age, your metabolism will slow down like a Windows computer that’s been exposed to long-term LimeWire use.

To combat this, you’ll have to speed up your cardiovascular activity.

Back in the day, you never had to worry about sh*t like this. In middle school, you could buy four slices of pizza from the school cafeteria (with Mom’s money), run around for, like, 15 minutes during recess and never gain a pound.

But adults have to work out. Often. And rarely will time just set itself aside for you to go to the gym. So if you have any hopes of remaining in half-decent shape into your mid-to-late-30s, get used to being on a treadmill before the sun rises.

2. You have to eat grown-up foods.

Frankly, I’d love to order chicken fingers and fries every night until the day I die.

But what kind of impression do you think that gives? I’m sure the girl you're taking on a first date won't be impressed by your sophisticated palette (served with a children's menu and crayons held together with a rubber band).

Adults have to eat adult foods -- ones that are high in fiber and contain a multitude of B vitamins.

A balanced diet is key. And that's not just so we'll look good on first dates; it's also because our hearts would probably explode by the time we hit 40 if we maintained our pre-teen dietary habits.

3. You can't sleep in anymore... not even on weekends.

Past 25, staying in bed later than 7:45 am is an extremely rare treat.

It’s not like college, when you can just hit the snooze button, say f*ck it for the day and collect the notes from a friend. If you do that sh*t as an adult, the only thing you’ll be collecting is unemployment.

It's honestly kind of crazy how such a beautiful, glorious aspect of life becomes more or less extinct by the time you're an adult.

4. You have to make a concerted effort to see your friends.

It’s tough to keep up with friends as an adult. People's personal lives are now dedicated to their significant others, and when they're not canoodling together on a couch, they're paying attention to work deadlines and other responsibilities.

To protect the relationships you have with friends, you’re going to have to set aside time to see them. And it might not always be easy.

Gone are the college days, when friends could just stop by your dorm room or fraternity house and catch up quickly. Adults see other adults over things like drinks or coffee, both of which require money and time you probably don't have.

Despite the fact that you’ll probably spend 30 minutes of your day hearing them rehash the same sh*t you read on Twitter, this is just something adults do.

5. You’ll probably work at a job you don’t necessarily like.

In a perfect world, you’d go to college for four years (with no summer semesters), major in something that truly sparks your passion, and go on to pursue that field for the rest of your adult working life.

But this world is far from perfect, and you’ll probably grow to resent your job after the first month or so.

As soon as you even entertain the idea of quitting and finding something else, you remember that this job is the only thing keeping you in your apartment.

So you go to work and thank your coworkers instead of telling them to f*ck off.

6. You have to pay your own phone bill and make your own doctors' appointments.

You’ll be forced to take care of all of the things your parents might have done for you when you were a kid (which we also took for granted).

Believe it or not, phone bills don’t pay themselves -- and suddenly you’ll be the one taking the hit after breezing through your data limit.

When you’re sick, you’ll have to make doctors' appointments yourself. And even when you’re not sick, you still have to schedule check-ups. And if you're between insurances (as you often are in your 20s, since you're changing jobs a lot), these will be expensive.

Of course, we could just not make these appointments and hope everything in our bodies is all right. But as we age, the chances of our having medical problems will only increase.

But, hey, that’s growing up.