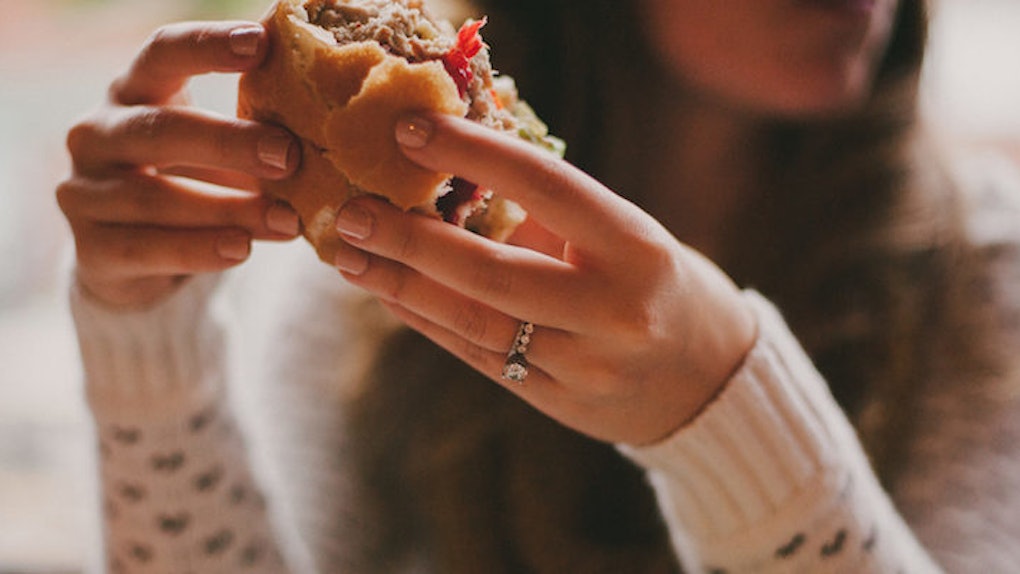 Got Beef? How Your Favorite Burger Affects Global Warming

Everyone loves a good, delicious burger. But do you ever think about its true cost?

Aside from one cow and a few dollars, what's the real cost of your grilled beef craving?

Your first answer probably isn't “trees,” but it should be.

The sad truth is, the beef industry is a leading cause of deforestation.

In other words, if you're buying and devouring beef from unsustainable solutions, you're adding to the problem.

This is more than just adding to global warming.

We're talking about the Amazon jungle: It's home to some of the most precious and important trees around.

Of course, cows aren't native to the jungle and beef doesn't grow on trees. So why is the Amazon at risk?

The sad, unfortunate truth is the beef industry is responsible for 80 percent of deforestation in the Amazon.

If you're looking for a rough figure, we've already lost 750,000 square kilometers of rainforest since 1978.

There are entire countries smaller than that.

The Amazon rainforest is huge, but around 60 percent of it can be found within Brazil.

Yet, according to these figures (as you may have guessed), Brazil is also the world's largest exporter of beef.

Yet, Brazil is only an exporter of the product. It's not the country demanding, eating and enjoying beef so much.

For that, we can look to the US. According to onegreenplanet.org, the US imports roughly 200 million pounds of meat from Brazil.

Of course, America isn't the only beef-loving country out there. Both China and Russia represent major rising markets.

It's no surprise that beef is quite profitable for Brazil. The government plans to double its share of the market as soon as 2018.

The alternative isn't much better.

There are only two major ways to raise livestock, and both of them require space.

While this takes up less land, it's generally considered cruel, and actually requires more land in the long run.

Without the grass to eat, it takes seven pounds of grain to produce a pound of beef.

We could just eat the grain, but it doesn't have that succulent beef flavor now, does it?

The second option, which is employed by most Amazon farmers, is grazing. This needs a large amount of space, but it allows the cows the freedom to move and eat off the land itself.

This is where deforestation occurs, as cows need wide open spaces and have little need for trees.

This process can be done in a matter of weeks, but New Scientist reports that true regeneration could take approximately 4,000 years.

The trees won't grow back anytime soon. In fact, with other figures suggesting they will be completely gone in a century, they're being removed faster than they're growing.

What's the true cost of deforestation?

Some of you may be wondering what the problem is.

After all, the Amazon is a collection of trees, like any other forest. Right?

The Amazon is vital for numerous reasons. It helps you breathe. Commonly nicknamed "the lungs of the earth," this cluster of trees helps keep oxygen in the atmosphere.

Yet, deforestation removes these trees and releases 340 million tons of carbon out into the atmosphere.

This figure alone makes up 3.4 percent of global emissions.

Figures from the United Nations Food and Agriculture Organization suggest that the cattle we replace it with emit even more greenhouse gases than cars. As you may have guessed, 190 million cattle produce a lot of methane.

In case that wasn't enough, deforestation also raises the chances of fires, as well as the salinization and erosion of various rivers.

It's almost ironic, then, that we eat to survive. But our lustful hunger for beef is destroying our long-term well-being.

How can you help?

Of course, if you're not a large corporation or a Brazilian farmer, what can you do?

The fact is, as both an individual and possible beef lover, you can do quite a lot.

First of all, you always have the power of social media at your fingertips. Whether it's through Facebook or Twitter, there's nothing wrong with spreading the message and raising awareness.

This also includes reaching out to companies and restaurants. Where are they importing the beef from, and do they know the true cost of Central American ranching?

Similarly, as a beef consumer, you have the power to spend your money wisely.

I'm not telling you to cut out beef altogether, but you can ensure you're getting it from the right sources.

Don't buy from unethical companies. Only buy your beef or order it at restaurants where the beef has been produced by more sustainable methods.

Produce your own food.

Finally, why not try growing your own produce?

While you probably don't have room for a couple of cows in your backyard, you can enjoy some herbs and vegetables.

These take up little space, and offer a fun, sustainable way to provide for yourself.

Beef is just one area where the environment is in trouble. There are many fun, friendly ways to help improve our chances of survival.

You can even continue to eat your burgers. Just make sure you know where they come from.