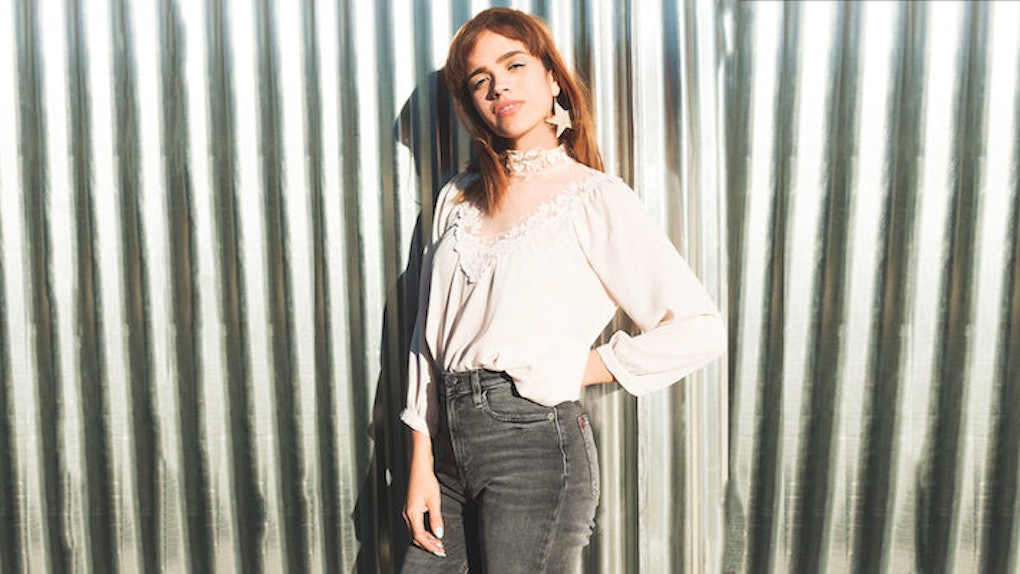 Valfré Wants You To Put Your Creativity To Good Use

If you're familiar with boys' tears, you've probably heard of Valfré.

The colorful phone case, shaped like a carton of milk (straw and all) was an Instagram-selfie hit, after being picked up by mega retailers like Nordstrom and Nylon.com.

But before that, it was just another sketch from 29-year-old Ilse Valfré, designer, artist and mastermind behind the Valfré brand.

In 2010, Valfré pulled the ever-popular Millennial move and quit her job as a Montessori school teacher to move back home with her parents and pursue art full time.

With just $200, she started her website that showcased two sketches per day, which she'd then link back to her social media accounts. Three years later, she started the Valfré brand, complete with clothing, art prints, accessories and, of course, phone cases.

For Valfré, working in anything besides art just "wasn't an option," which definitely helped her stay motivated throughout the growth of her business.

But if you feel stuck in your creative endeavors, she has a few tips on how to get out of a rut and put your goals back on track, no matter what stage of life you're in.

1. If things aren't working, go back to the drawing board.

If you believe you have a great idea, Valfré says the first thing you need to do is build up your social media following so people take your commitment seriously.

"I used to send emails to everyone and no one responded. I realized I had to redo my plan," she says. "I thought, if no one wants to work with me, I have to get better."

By posting consistently on Facebook, slowly over the course of two years, 100 views turned into 1,000 views, and it continued to grow from there.

People want to see what makes you worth spending time and energy on, and if you show you can naturally build a fanbase, you can demonstrate you have a clear understanding of audience demand.

This is what makes investors realize you're serious about your project.

2. Use what makes you unique.

Valfré was born and raised in Tijuana, Mexico. Her father worked for the government, had a passion for imaginative conspiracy theories and actually met up regularly with a group of friends to discuss UFO findings.

These spacey vibes definitely show up in her art, where her collection of characters feature star-shaped freckles, bodies that morph into snakes and dreamy sayings, like "all pretty girls have dark secrets."

Try to figure out what traits only you have, and see if you can use them to your advantage.

When something becomes trendy, it loses the spark that once made it original.

It's safe to say the Kardashians have officially killed the choker trend, but when everyone jumps on a bandwagon, you need to be able to look ahead.

What makes a trend like chokers work for so many successful women in fashion is their ability to put a personal spin on it.

Valfré designs variations of the choker trend, like bow chokers and zipper pleather chokers. Other female bloggers used the accessibility of the trend and applied it to other items such as bandanas.

If you're frustrated by a current trend, try taking it to the next level and putting a personal spin on it.

Growing up, Valfré admired the honest and raw work of Frida Kahlo, but today, honesty looks a bit different. Valfré's sketches of girls are honest in ways that relate to the social media generation.

Today, honesty can be as simple and relatable as not wanting to go out on a Friday night. Valfré draws girls in all sorts of situations that Millennial girls can relate to -- from being upset over a guy to hanging out with your friends on your phones to do some "anti-socializing."

Find a new way to express something so many people are already feeling and talking about.

5. Spend time outside your bubble.

When you're a powerful female, critics like to hone in on the "female" aspect of your success. Though Valfré admits she hasn't experienced direct sexism or racism, she credits this to her Los Angeles bubble, where creative people are everywhere.

Although living in a bubble can sometimes be a great stress reliever and shield you from the realities of the rest of the world, it can also be one of the easiest ways to get yourself into a rut.

If you're feeling like you haven't experienced anything new or different in a while, try to get out and experience something new. An outside perspective was seriously missing from so many Americans' points of view this year.

If you're feeling frustrated, try getting to know a new way of thinking.

6. Make your vulnerability your biggest inspiration.

Many women are left feeling stunned and frustrated after the recent election of Donald Trump.

Being from Mexico, Valfré is familiar with election upsets, where they cast ballots every six years, and don't always have the most progressive thinkers.

"If you want other people to change, we have to start with ourselves," she says. "It's four years. Take that time to grow as a person, work hard to understand others and be kind. Connect all that frustration into a nice art form because life without art would just be very boring."

When you're feeling vulnerable is the best time to try something new. "If what you go for doesn't work out, at the very least you're going to learn something from it," she says. "In every dark time, you have to see the brightness in it and work to improve yourself."

7. The only career advice you need

Valfré's first investor liked her plan to expand into clothing, but wanted to strictly put her sketches on t-shirts. She was already designing original clothes for the girls she was drawing, and she knew she could tap into a wider market.

"Be persistent and stubborn," she says. "Don't walk around like you know everything, and find someone you admire and learn from them."

For all things Valfré, be sure to check our her website.