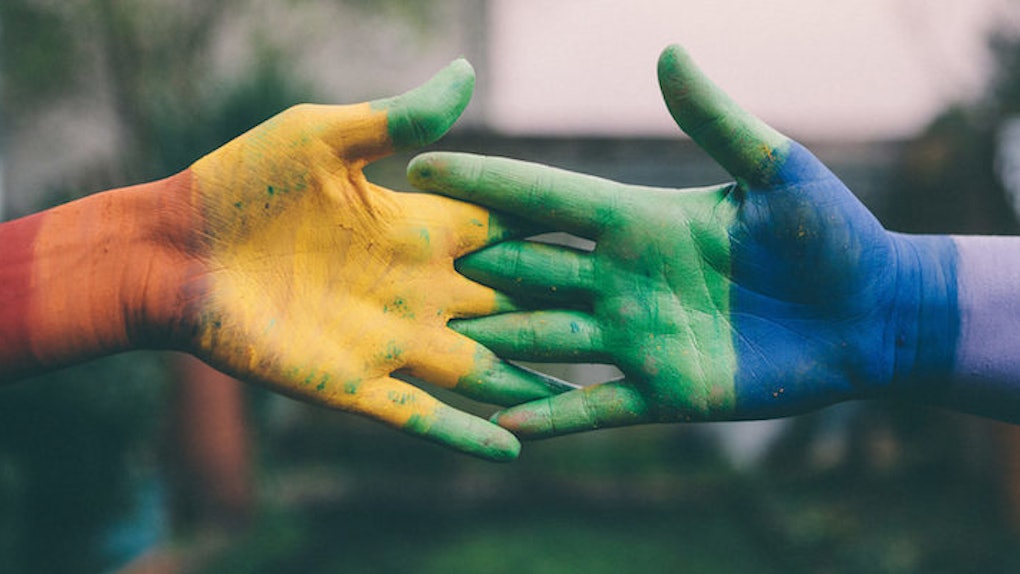 As a pansexual trans man, the fact sexual orientation and gender are two entirely different things is very important to my identity and how I choose to express myself.

The best way I have heard the difference described is that sexual orientation is whom you go to bed with and gender or gender identity is who you go to bed as.

I identify as a pansexual in direct relation to my sexual orientation.

This means I generally just like people and find them attractive, but before any of that can mean anything, it depends on the personality of the person.

Here is the what I have learned about pansexuality from my own personal experiences: As long as I like someone as a person, it doesn’t matter his or her biological gender or how he or she expresses him- or herself.

I just dig all kinds of people.

My gender expression and identity is an entirely different story.

For a year, I identified as a lesbian in terms of sexual orientation, and then I realized I wasn't a lesbian. I was a trans man.

I aligned my gender identity to this realization, and I also changed the label of my sexual orientation to better fit who I am.

People often ask, "Why couldn’t you just be a butch lesbian and be happy that way?"

One thing I think those people don’t quite believe is that no matter how much I like women, it wouldn’t make me any more of the man I've always been.

Identifying as pansexual, but somehow ignoring the fact I am transgender, would not allow me to be my most authentic, real self.

We all deserve to be our real selves.

The issue so many people have with separating sexual orientation and gender identity is the fact each of us is given a gender label the day we are born.

However, it’s far more complex than that.

Life and sexuality are so much deeper than simple procreation and the people we feel most comfortable in bed with.

We place so much importance on the idea all men need a penis to be "real," and all women need to be "real" are vaginas.

Very few people realize some of the strongest and bravest men I know just happen to have vaginas.

And that is a crucial separation all people need to realize.

Sex and gender are completely different from gender identity and gender expression.

We are all born with a biological sex associated with the genitalia we have.

In these labels, we forget something so innately humane.

We forget we are all so much more complex than the boxes and colors we’re born into.

So next time you get confused, just remember sex is what genitalia you are born with, sexual orientation is whom you go to bed with and gender identity is who you go to bed as.