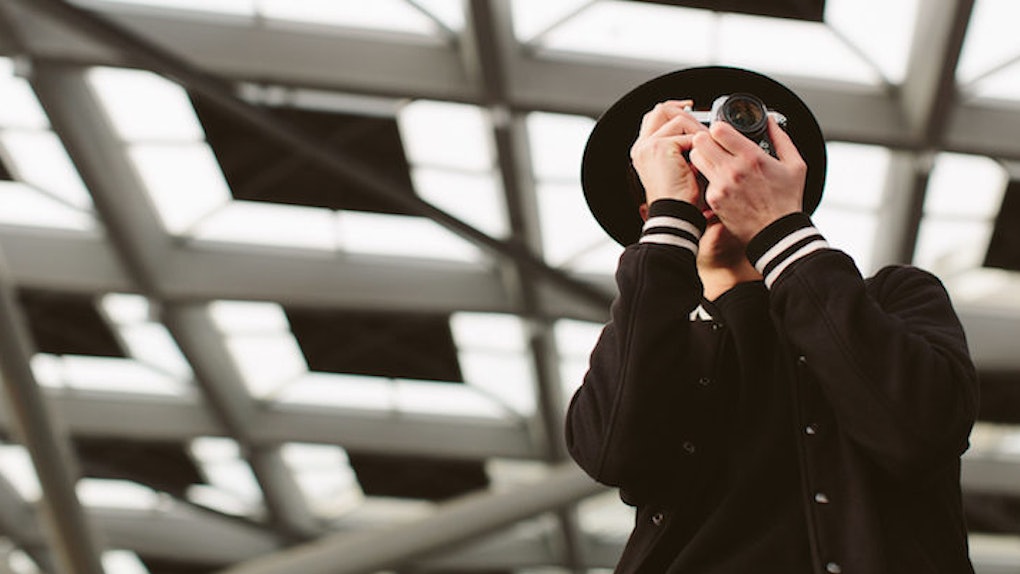 4 Reasons Millennials Are Taking On Freelancing More Than Any Generation

It's no question that more and more professionals are choosing a freelance path and opting out of the traditional 9 to 5 office routine. According to the Bureau of Labor Statistics, the number of freelancers within the United States increased by roughly one million people between May of 2014 and May of 2015, jumping to an astonishing 15.5 million.

Unsurprisingly, a large percentage of this demographic are young people. According to Sara Horowitz, 38 percent of Millennials freelance, which is higher than any other generation in history.

In case you're not totally on board with the concept of freelancing, it essentially entails working independently (and often, remotely) with multiple clients simultaneously, offering specific services and creating your own schedule.

So, the obvious question is, why freelance? There are plenty of explanations and theories highlighting its benefits, but here are some of the major reasons why freelancing is such an attractive, doable career choice:

As we know, technology has changed almost every aspect of our lives, from the ways we communicate, to how we learn, to how we choose to express ourselves. For anything you need, there's probably an app for that. This applies to our professional success, as well.

Websites such as UpWork, SquadRun, and Freelancer have enabled Millennials to connect with potential clients around the world and provide digital services remotely. For example, coding, designing, writing and marketing are all very attractive careers on the freelance market. They're offering a specialized service and aren't constricted to a given salary, so they can charge higher rates and make significantly more money doing the same work they would do at a traditional job.

As an example, someone might be making $4,000 a month working at an advertising agency. But, if they can provide those same skills independently and charge $100 an hour, they could, hypothetically, be making four times that amount.

Essentially, the internet has allowed Millennials to cut out the middle man (the employer) and work directly with the source (the customer).

With the help of the digital age, Millennials are able to acquire complex skills and learn multiple trades at once. Having been raised in an era of helicopter parents and constant affirmation, Millennials are often in tune with their strengths and are confident in their abilities to create meaningful careers for themselves.

This is why almost 30 percent of Millennial employees will quit their jobs if they don't feel it aligns with their career goals. They're confident they can make it happen on their own.

Not to mention, there are now plenty of freelance “superstars” who have dedicated their careers to helping others to pursue independent career paths. Some of the big ones (and my favorites) are Gary Vaynerchuk and Daniel DiPiazza.

This feeling of being “tied down” within a corporate office structure inspires many to take a freelancing route, allowing them to set their own deadlines, assignments and work schedule, without feeling constricted by rules and bosses.

Many Millennials have written about their hatred for the traditional 9 to 5 work schedule, specifically regarding the issues of constant distraction, office politics, time wasting, uncomfortable workplace relations and generally uninspiring environments.

Millennials have seriously adapted to the idea of working smarter, not harder. Instead of taking the time to commute, sit through mundane meetings and engage in less-than-thrilling small talk with colleagues in the break room, Millennials have opted for staying at home, focusing on assignments of their choosing and having time for themselves.

In practice, this could mean waking up, hitting the gym, working from your kitchen table for a few hours, running an errand, making lunch, working for a few more hours, grabbing coffee with a friend and then doing some more work. On the other hand, it could mean traveling the world while working remotely. For each person it's different, but what it comes down to is having that flexibility.

While older generations often express the importance of stability within a working environment, that value does not hold true to Millennials. Since a large portion of Generation-Y is graduating college with no job opportunities in sight, they're used to the idea of work insecurity.

So, instead of jumping into the first job available and risking possible layoffs (which is all too common today), they invest in multiple clients at once, decreasing their chances of having an immediate and complete loss of income. Ultimately, they would rather constantly hustle for their own happiness than tirelessly work for someone else's.

Even if they are making less money within this structure, it doesn't seem to change their views. One study reported that 75 percent of freelancers will choose work flexibility over pay.

Whether you're on board or not, the truth is that the majority of Millennials will be freelancing by 2020. And the reasons aren't that surprising.

A yearn for self-agency, flexibility and growth while also doing something you love are the driving force behind the Millennial freelancer. And ultimately, isn't that what we all want?