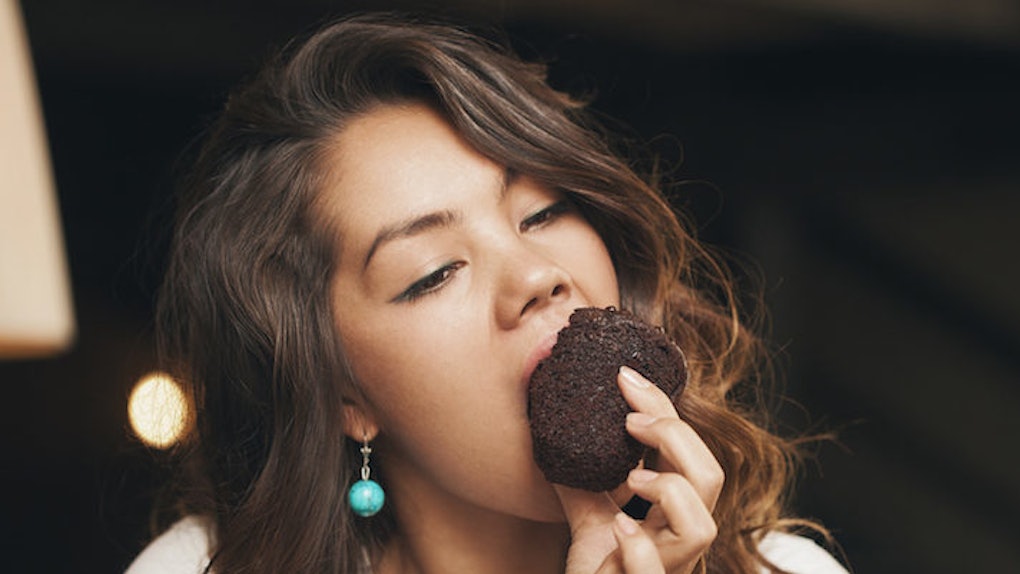 We've all heard about the supposed magic of aphrodisiacs, but do they really work? Is feeding the one who's caught your eye some oysters really going to set the mood? Well, maybe. Aphrodisiacs are named after the Greek goddess of love, Aphrodite, who is often depicted as emerging from a seashell.

It's commonly believed that foods classified as aphrodisiacs are considered such because of their rather suggestive forms. Here are five classic "love foods" to try if you're looking to up the ante in your love life:

There may be a reason why chocolate is considered a must for Valentine's Day. Chocolate is the mother of all aphrodisiacs, being loaded with compoundssuch as anandamide, the "feel-good" chemical, and PEA (phenylethylamine), the "love chemical," which is responsible for releasing dopamine in the brain's pleasure centers and peaks during love making. PEA can also boost feelings of excitement, euphoria and attraction. Cacao stimulates the release of serotonin, the neurotransmitter behind our feelings of calmness and contentment.

You won't want to chomp down on an entire clove, but garlic may be just one reason to hit up that cute little Italian place next date night.Allicin, the major biological component of garlic, increases blood flow, making it easier than usual for guys to get in the mood. Although it tastes great roasted alone or chopped up in a variety of dishes, you may want to keep some mouthwash handy if you plan on eating it with someone special.

Chia seeds may be one secret romance food you've never considered. A handful of organic chia seeds dropped into you or your SO's oatmeal, yogurt or smoothie can do wonders. Aztec running messengers used these seeds on voyages to keep their energy up, and with good reason.

Chia seeds have plenty of healthy nutrients like omega-3 and omega-6 fatty acids, calcium, zinc, protein and fiber. All of these combine to provide increased energy, better circulation and a greater ability to feel stimulation.

Chili peppers really bring the heat of romance alive. They stimulate the production of endorphins, the chemicals that are released when we smile, exercise and do other activities that make us happy. Digesting one of these bad boys also speeds up your heart rate and makes you sweat, all the physical symptoms associated with arousal.

Since the times of the Aztecs, avocados have been considered a sensuous food. It was even banned in Spain by Catholic priests who declared it too sexual in appearance. Barbara Klein, professor of food and nutrition at the University of Illinois, said the fruit's high concentration of Vitamin E, the antioxidant that's known for its anti-inflammatory qualities, helps us maintain a "youthful vigor and energy level."

Do aphrodisiacs work? It depends. While there is no magical food that will suddenly make you irresistible, there are certainly some foods out there that have been proven to stimulate the release of chemicals like serotonin, dopamine and endorphins, which are all very important components of attraction.

Try different foods out to see which ones you and your partner get the most out of. The best part about these is there's no harm in them. Maybe you'll have a few laughs, and who knows? Perhaps you'll even find some romance.