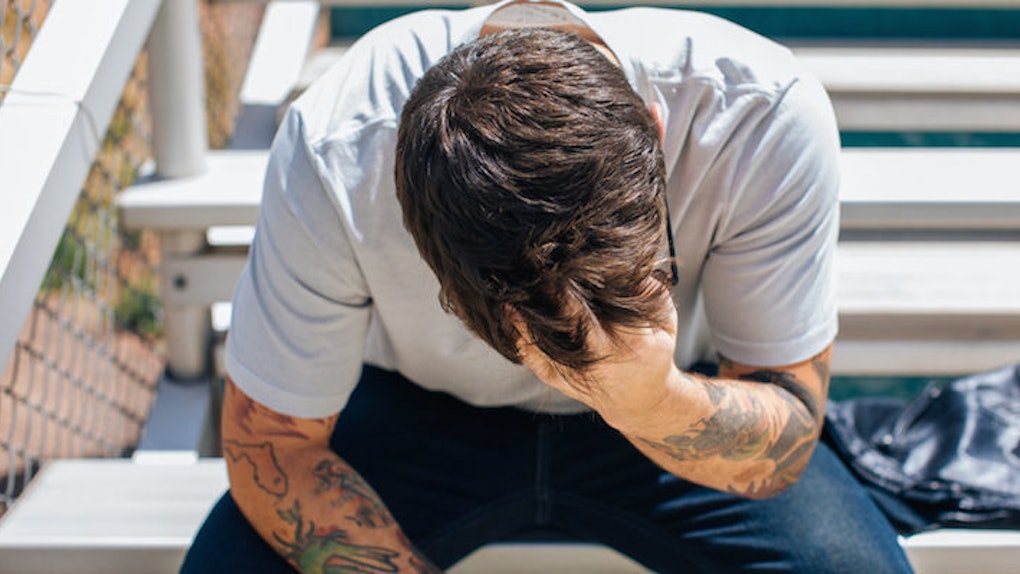 Weirdo Acceptance: If You're Not A Little Crazy, You're Probably Boring

My high school yearbook quote was, “You have to lose your mind before you find it, and when you finally find it, you’ll find out you never lost it at all.

It’s a lyric from Eyedea, an artist who accurately reflects the high school version of myself and the mini existential crisis that I was dealing with at the time.

See, 17 is a weird ass age, especially when it comes to figuring out one’s own life.

On the one hand, you’re still young enough to cling on to your youthful naivety, but, at the same time, you’re also at an age where you’ll begin to start searching for some answers, yourself.

Answers to questions like what will the future hold, and what’s even the purpose of this all?

I’ve learned by now, several years later, that the answers to the majority of these questions will never actually come. At least not in the way you probably expected them.

The fact is, growing up, you sort of expect adulthood to bring with it some clarity, but, in reality, adulthood usually just translates to a greater sense of comfort amidst the uncertainty that life will inevitably bring.

As you mature, you start to realize life doesn’t really resemble the perfect impression of it that we might’ve once bought into thanks to sitcoms and happy endings.

Life isn’t about perfection at all, really. In fact, it’s a lot closer to mayhem.

At the end of the day, we’re all f*cked up. We’re all insane -- some more than others. That’s what life is.

Ultimately, the people who appear the most “normal” are usually just the ones better at covering up their idiosyncrasies than the rest of us.

As Hunter S. Thompson put perfectly, “I learned a long time ago that reality was much weirder than anyone's imagination.”

It’s normal to obsess over certain things every now and then. It’s normal to experiment. It’s fine to be different. I mean, the first step to not being crazy is accepting that you’re a little crazy -- right?

If you’re not crazy, you’re boring.

A lot of times, the people who have the most sh*t going on in their lives will appear “crazy.”

For the most part, these will be the same types of people who seem to carry the most baggage in their personal lives or deal with the most stress at work -- you know, the ones who always seem to make situations…interesting.

But just because someone is a little bit complicated doesn’t mean he or she is less sane than the next person. In my opinion, if you’re not a little crazy -- you’re boring.

Quirks shouldn’t be looked at as things that take away from a person’s character but add to their individuality.

If you’re surrounding yourself with people who make you feel ashamed for expressing your true self, you’re probably hanging out with a boring, close-minded crowd.

If you’re not crazy, you haven’t seen enough

Chances are if you’ve never felt slightly crazy before, you probably haven’t experienced enough in your own life yet.

Over time, life has the tendency to wear on you. Whether it’s with people or opportunities, the innocence you once carried as a youngster will begin to fade with the more that you see.

Now, growing up doesn’t necessarily mean you’re destined to be a cynic, but it is natural to be wary of certain people's intentions.

It’s not that you’re crazy; it’s just that you’ve seen enough in your time not to be naive.

People who appear a little wacked are usually just eccentric about the things they take an interest in.

I don’t think it’s a negative quality to be a little bit crazy about the things you’re enthusiastic about -- I believe it’s a product of intense emotion.

If you’re not invested into certain interests or hobbies to the point where they drive you crazy -- then you’re probably not truly passionate about them.

Don’t view your eccentricities as a negative trait -- channel them toward progress and allow them to help you achieve whatever it is you’re focused on.

If you’re not crazy, you’re missing out.

The people who get labeled as “crazy” are usually the ones who go against the grain. They’re the ones who test the system -- and always are willing to experience something new for themselves.

And that’s what life should be about: experiencing things, not trying to attempt to some arbitrary standard of normalcy.

You should be crazy because in your craziness, you’ll finally feel free to follow your true instincts.

The pressures from society that encourage you to act in a certain way will be relieved, and you’ll suddenly feel what it means to be free.

To quote Mr. Hunter S. Thompson just one more time, “Life should not be a journey to the grave with the intention of arriving safely in a pretty and well preserved body, but rather to skid in broadside in a cloud of smoke, thoroughly used up, totally worn out and loudly proclaiming ‘Wow! What a Ride!’"

But in order to take the ride, you have to buy the ticket first -- even if it seems crazy.