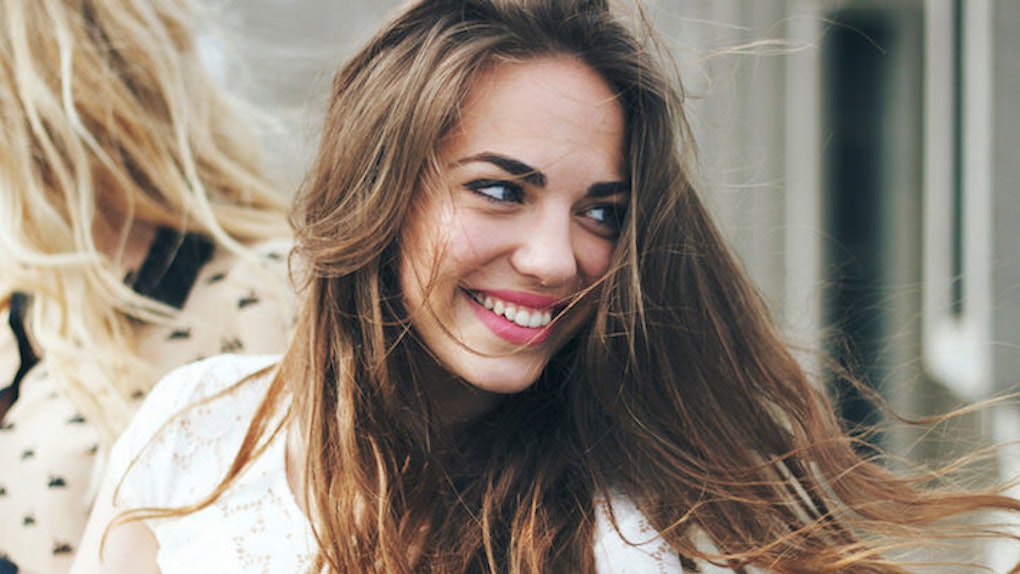 For me, Monday mornings usually call for sleek leather pants and a chic blazer. But this past Monday morning, I wore black leggings, converse sneakers, and a man’s shirt that successfully hid my weekend bloat and reeked of just the right amount of man-sweat.

With coffee in hand and my dignity essentially eradicated, I schlepped up the stairs and into work – in my ex’s shirt.

I had spent the prior Sunday at his apartment. He’s making the move to LA in a week, and he invited me to his going away party. Despite every girl in my friend circle (not to mention every fiber of my being) screaming, “Sheena, DON’T go!” at the top of their lungs, I used every ounce of energy I had to ignore them and went.

And then I proceeded to crawl into bed with him. I’ll let you figure out the rest.

I am currently (literally, as I write this) dealing with the aftermath: that inconsolable emptiness, that heart-wrenching sadness that can only ensue after giving all of yourself to someone who's set to leave you.

And I can’t get over how stupid I feel.

What’s worse is that there’s no one to put the blame on but myself. I put myself in this situation. I am responsible for this sh*tty feeling that’s both anchored inside of me and spilling out from every pore.

Upon noticing my melancholy, my friends told me I shouldn’t feel this down on myself for making a mistake. I confessed to them that I feel lost, that I'm not sure what it meant that I was the kind of girl to hook up with her ex-boyfriend.

Did it mean that I was weak? That I was desperate? That it’s part of my character to give in to something that I know is bad for me?

But they reminded me that it isn’t normal to fully know who you are. I may have f*cked my ex, but this temporary lapse in judgment doesn’t impact who I want to be in the long term.

Maybe at that moment I was weak, and desperate, and gave in to something I knew was bad. But next week, I know I won’t be any of those things.

We spend our whole lives searching for a stable state of existence, for a peace of mind that isn’t real. But no one completely knows who he or she is. We are ever-changing. And that's what makes life beautiful.

I might not be dating Mr. Right, but at least I’m learning who’s wrong for me.

Clearly, I don’t have the best track record when it comes to men (see the aforementioned story about ex). I backtrack instead of moving forward, and I fall headfirst when I’d be more comfortable landing softly.

But my mistake-ridden trail of f*cked up men is also a string of enlightening experiences, one that teaches me all the things I'd best stay away from when I'm ready for the real deal.

I might not be done going out and getting sloppy, but at least I’m cultivating a relationship within myself.

Okay, so I still spend half my weekend wasted off my ass and the other half too hungover to move from my bed.

My friends represent a plethora of personalities, ranging from wildly absurd to quiet and conservative. They aren't only loyal; they’re interesting. Their shenanigans make for hella good stories.

And that’s ten times better than having boring AF friends.

I might not be trouble-free, but at least I’m free.

I have my fair share of troubles. In my life or my love life, I experience one obsessive tendency after another, and I constantly wait for the intensity of the obsessions to subside, for that moment of clarity when I can finally exhale the weight of my mistakes off my shoulders.

But then I realize that won't happen. There's no singular ah-ha! moment in which I'll feel relieved of all the things in the world that could go wrong. Fate throws curveballs, so I'll never be in complete control of my life. I’ll never really be trouble-free.

Still, I’m not tied down to one man, one idea or one way of living -- and I wouldn’t have it any other way.

I might not be done changing, but at least I’m still growing.

Raise your hand if you’ve ever heard someone tell you “you’ve changed so much.”

Now, look around. If you aren’t surrounded by people with hands in the air, you’re probably an alien.

What we’re capable of achieving is limitless. Life isn’t a sprint; it’s a f*cking marathon. And as corny as it sounds, you might as well enjoy the run.

Why do we put so much pressure on ourselves to find ourselves when complete self-realization isn’t even attainable? If you miraculously managed to "find" yourself, well, that’d mean you’d have consciously made the decision to stop growing.

We should always be a little uncomfortable, a little unsettled, a little restless. These are all the ingredients of a well-lived life. Besides, who wants to be done growing in their 20’s, or 30’s, 40’s or 50’s, for that matter?

It’s okay if you don’t know who you are or who you’re destined to become. Take a deep breath, because finding out is the fun part.