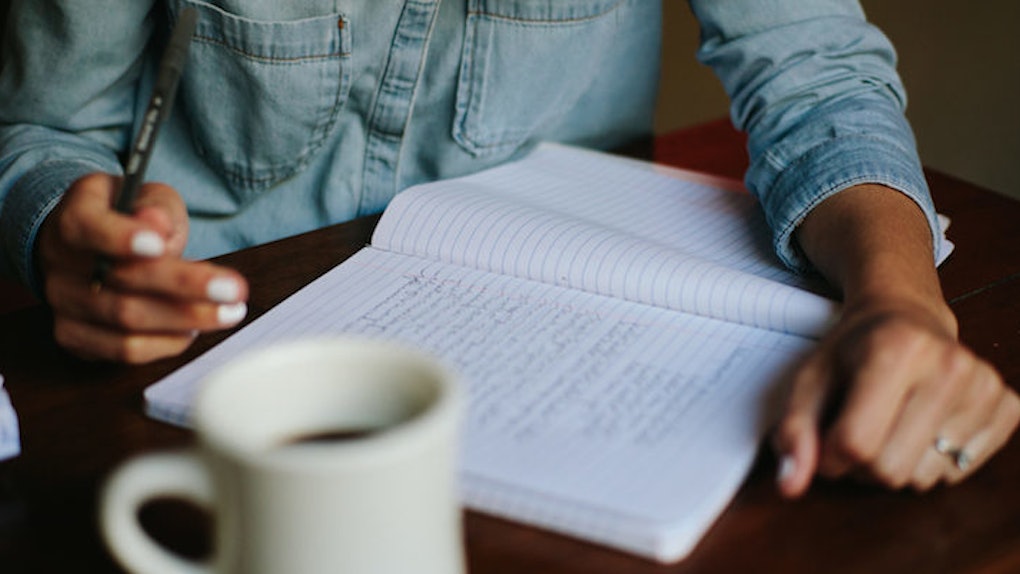 Sometime before I was born, you decided you didn’t want to be around for me. You did not know me and had not seen me, but you had already made up your mind: I was not to be yours.

While I was growing up, I was raised to do well, meet a great man, get married and have kids. Then, I would be part of a happy family with my children. But, I knew better.

When I was younger, I would make Father's Day cards in elementary school, but no one knew just how much that hurt. The first time you met me, you cried and told me you wish you had been around. You told me you felt like it was too late to start now.

Sure, I may be 22, but I have so many more years to live. You decided on my behalf that it wasn’t worth it. I remember meeting your friends and their exact words were, “I didn’t know you had a daughter.”

In that moment, I realized that it was like I never existed. My family members would tell me, “It’s his loss, and it’s time to move on. You don’t need him, anyway.” I guess part of what they said was right.

The truth is, when you are left by a parent, you wonder why time and time again. You wonder what is wrong with you. You become afraid because if someone who is meant to love you unconditionally won’t, who could ever really love you? Who else would leave? Why would anyone ever really stay?

You can say you want to move on and convince me that it shouldn’t hurt, but it does. And it will. While yes, I grew up with father figures and eventually an amazing stepdad, it still hurt.

We are told early on that our parents will love us unconditionally every day, for the rest of our lives, and you did not. You let me down, you chose to not love me and you abandoned me.

People are quick to criticize people in my situation by saying, "They must have daddy issues." When did it become OK for society to judge someone based on his or her personal problems? When did being abandoned by a parent become a joke?

We now live in a society where single parents are the norm, but does that make it hurt any less? No.

The truth is, everyone can sit and remind me that I don’t need him, but when I was little, I did. People can say, "Well, he is just a sperm donor." No, he wasn’t.

The truth is, behind every person who was abandoned by a parent is a child who will be sad. There are those who just don't understand what is wrong with themselves some days. We wonder, "If I can’t fit in with my family, where do I fit in?"

Yes, we may seem strong on the outside, but we are hurting deep down on the inside. No matter what you say, that pain will always be there.

To all of my fellow friends who have been abandoned, it's OK. We just can’t dwell on it.

I wanted to learn little life lessons from him, and as it turns out, I did. He ended up teaching me the most important things, without ever even being here. Yes, I am afraid of being left by anyone who walks into my life, but if someone does leave, I will survive.

This article was originally published on Unwritten.