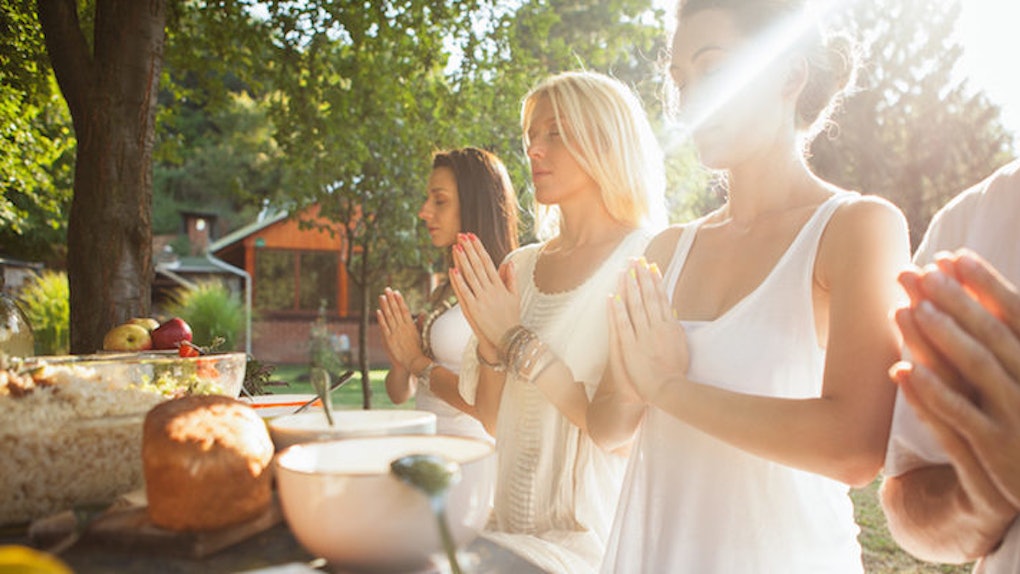 Balancing Act: How My Religious Identity And Social Views Coincide

Racism, sexism, homophobia and inequality: You can't turn on the news or log onto social media without being bombarded by a variety of opinions and headlines covering these issues.

Maybe it’s the immediate access we have to social media and other digital news sources that readily increase our awareness of injustice, but I cannot recall another time in history when knowledge of these issues was as easily accessible, marketed and displayed in such an invasive manner.

Knowledge of domestic and international inequities are presented in such a way that it makes it impossible for our generation to remain silent.

Unfortunately, some people hold on to the belief that talking about injustices in America further creates division between people.

Conversations about racism, sexism and inequality may be difficult, awkward or sometimes ineffective (read: Starbucks' Race Together campaign), but talking about injustice is imperative to exposing it, and thus finding solutions to ending it.

My journey to bridge the gap between faith and feminism has been nothing short of a challenge.

I imagine World War III would break out if I were to put my feminist friends and faith community in the same room to discuss today’s social issues.

However, I don’t believe the two have to exist exclusively from each other. I think finding a way for our generation to have faith and social justice involvement (feminism, in particular) collide is easier than many of us may think.

How can faith and feminism collide?

Reading And Education Are Fundamental

Essentially, many faith communities strive to teach a message of love, peace and solidarity among all people.

Similarly, many social justice movements seek solidarity, equality and justice for all people.

A passion for my faith community and studying sociology in college has my reading lists bouncing back and forth between authors like Timothy Keller and Bell Hooks.

While I may not agree with everything some scholars — in regard to faith or sociology — say, I can’t help but notice many overlapping themes between the two communities.

Faith leaders, like Timothy Keller, discuss displaying a love for humanity and seeking unity among people, while Bell Hooks speaks about having similar goals within race, feminism, equality and justice.

My choice in reading may sound random, but having a desire to see faith and social justice collide means soaking up ideas from scholars, authors and activists who may not necessarily affirm your current beliefs, but challenge them.

The more I learn about the core purposes of my own faith and feminism, the more I find they cannot remain mutually exclusive.

It Takes Boldness And Humility

Sometimes, I feel like an outsider when I talk about faith with fellow feminists, or feminism with my faith community.

I’m passionate about the goals that both strive to accomplish, and I’m confident in my current knowledge of both. But, starting a conversation that bridges the two can be intimidating.

Finding balance between faith and social justice movements requires a level of boldness to share different ideas, and a level of humility to admit when I’m wrong, or if either community I identify with has twisted ideologies.

There’s a proverb that states:

“Fools find no pleasure in understanding but delight in airing their own opinions.”

A college friend once told me, while I was having one of those, "oh-my-gosh-college-is-so-hard" tantrums, that we do not come to universities because we know. We come to learn.

The same should be true when approaching difficult conversations. Bridging the gap between faith and feminism is pointless if you enter the conversation as though you have all the answers.

My religious affiliation is incredibly diverse. There are various denominations, musical styles and ideas.

Our nation, standing on freedom of religion, is just as diverse and consists of Buddhists, Christians, Muslims, Jews, Hindus and so many other faiths that surely consist of young adults (like me) who are striving to understand social justice in light of their beliefs.

We should seek to understand and embrace the different views that make up our society, while collectively striving toward justice and equality for all people.

You have to have the courage to boldly share what you know, and humbly accept when your beliefs are being challenged.

It Takes Prayer And Action

Passive displays of seeking justice, such as prayer and meditation, are vital and supernatural components in most faith communities.

Prayer and meditation may be done to promote love and solidarity, but it’s important to understand that love should also be expressed through actions.

“Your silence will not protect you.”

Activism and groundwork, such as public policy, are important for social justice organizations to promote change. This happens through training, education, forums and protests; it’s nonstop community engagement.

However, leaning closer to one or the other can lead to either passivity or a burnout. The key to balancing faith and social justice is having an equal amount of passion and active involvement.

Above all, it’s important to know who you are and stay true to that knowledge.

What is your creed? Your mantra? What drives you?

I stand for actively living out the goals of my faith while being a voice for the oppressed. I do so through my work in public policy and education, writing or simply catching up with a friend over coffee about recent events.

It’s a balancing act that can be conquered with intention, fearlessness and love.

“My silences had not protected me. Your silence will not protect you. But for every real word spoken, for every attempt I had ever made to speak those truths for which I am still seeking, I had made contact with other women while we examined the words to fit a world in which we all believed, bridging our differences.”