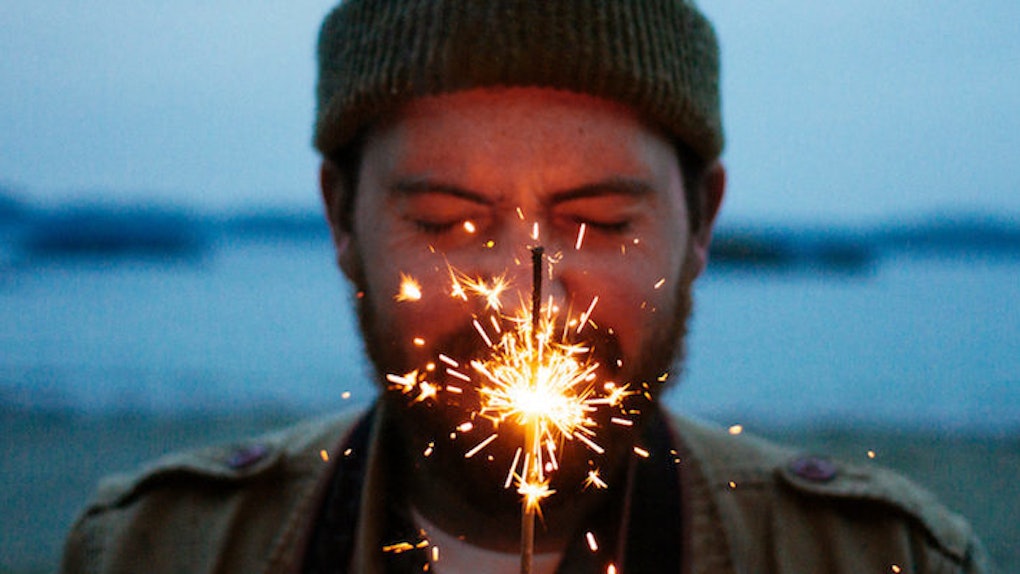 I like to think of him as a miniature version of myself. He's wearing a suit with the top button done up too tight. There's a frown on his face and a massive broomstick up his behind. He's my ego.

On the surface, he seems like a great guy. He never criticizes. He constantly tells me I'm super cool. Nevertheless, I want him dead. I'd do anything to destroy my ego and stop him from speaking to me. I'm here to tell you that you should want the same.

Why You Should Kill Your Ego

We all have an ego. He's the internal voice who tells us we're awesome. He paints this flattering self-portrait of our personalities that helps us become happy with who we are. It's comforting, and it's so easy to get caught up in what he tells us.

These experiences are essential for your self-development, but your ego doesn't care about that. Your ego doesn't have your best interests at heart; he only has his. He'll tell you anything that stops himself from getting bruised.

How The Ego Ruins Your Dating Life

The ego is the main factor behind your failures with the opposite sex. Several dating coaches speak passionately about the need to silence it. Sasha Daygame, founder of the Direct Dating Summit, dedicates a sizable portion of his seduction bootcamps to this.

Before his students even speak to women, they're forced into social freedom exercises, such as trying to sell trash to strangers or asking for directions to the STD clinic. At first, they may feel silly. Yet, soon after, most find that chatting up women is simple.

Sasha's techniques make sense. Your ego tells you you're already good with women. It remembers all the occasions you successfully hit on someone. But, it definitely doesn't want you speaking with new women, especially when there's a risk of it going wrong. It would rather you remain in this comfortable illusion that you're a ladies' man.

That's where all these stupid excuses not to approach emerge from.

"I'm not wearing my best clothes."

"She probably has a boyfriend."

We've all been through these bullsh*t thoughts. But, Sasha's students have already ran around the city center screaming. They've started staring contests through shop windows. They don't have much of an ego left to lose when hitting on random women in the street. Suddenly, their excuses evaporate.

What's more, these exercises have proved to them that no one cares what they're up to. People are too caught up in their own problems to care. Thus, the fear of "what other people think" is eliminated.

Imagine how fun your life would be if you lost this fear. Imagine how many more women you'd introduce yourself to.

How I'm Killing My Ego

It's not just your dating life that's stifled by that tiny voice in your mind. Have you ever felt too good for certain professional opportunities, even if they paid well? Or, have you been put off by a part of the application process that's apparently "beneath you?" That's your ego speaking.

Maybe there's an activity you'd like to try, but you're worried what you'll look like attempting it. Again, that's your ego talking you out of it. Hopefully, you now understand why I'm so keen to kill him.

My exploits as a dating expert are definitely helping. This is how I'm killing my ego:

My goal is to reach true apathy about what other people think. This will allow me to meet the woman of my dreams, write controversial content and attempt many new experiences, even if society thinks they're silly.

That all sounds like a memorable life to me. It may mean my miniature friend Mr. Ego gets bruised a few more times, but he'll thank me for it in the end.