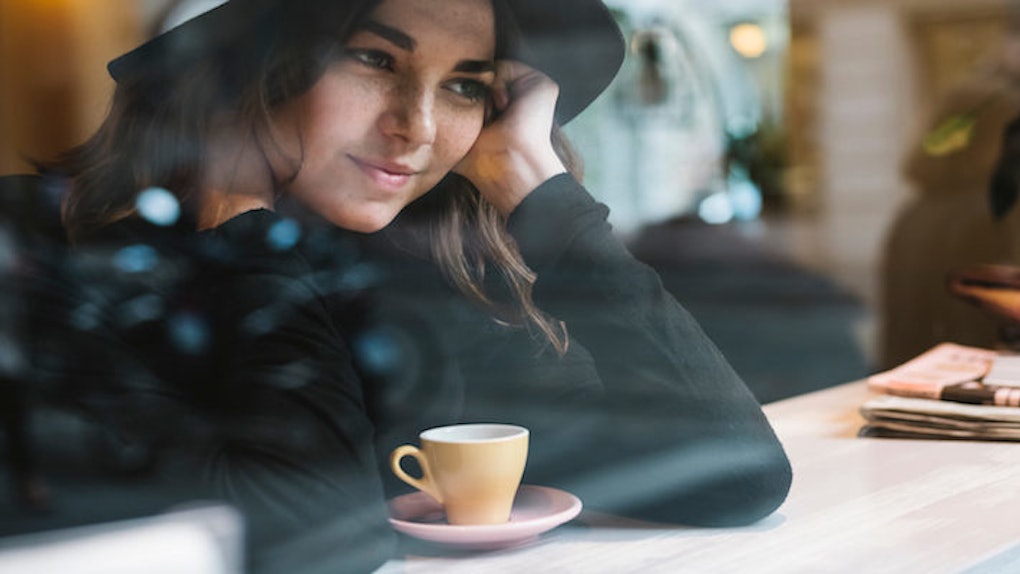 By 9:23 this morning, I'd consumed a copious amount of coffee.

Immediately after opening my eyes this morning, I downed a cup of filtered coffee. Then I took a shower, got dressed and, before I got to my office, stopped at Starbucks for a venti Americano, which I finished before actually arriving at work.

Many people say they feel jittery after having too much coffee. For me, it’s the opposite: I’m jittery before my coffee -- at least until my third or fourth cup. So one or two cups of coffee and half a dozen shots of espresso by noon is par for the course.

And I’ve actually cut back significantly since my college days.

In college, coffee helped me a lot. In fact, I don’t think I ever would’ve graduated without it. I probably would have just spent the better portion of four years in bed, hitting the snooze button.

But coffee, man. Coffee was key. Class at 8:30 am? No problem. Two exams to study for in the same week? Doable. All-nighter? Make it a dark roast.

With the help of my morning joe, people might have figured me for a morning person (which couldn't be further from the truth). But whenever my daily agenda called for any type of productivity, you’d best believe that coffee was behind the scenes, making the wheels turn.

Except for one exception.

Whenever it came time to actually take the exam, I’d never drink coffee the morning of. I always had this strange idea that coffee would somehow heighten my anxiety, so I figured that would be the last thing I needed with a test in front of me.

I’m not exactly sure why I felt this way or where I got that notion in the first place. But it kind of does make sense. I mean, people who drink the most coffee are also typically the most jumpy, nervous and high-strung kind of people. They run around wide-eyed with their caramel-whatever lattes in a frantic effort to tick everything off their to-do lists.

It never dawned on me -- until now -- that coffee might actually help anxiety. But according to Peter Bongiorno ND, LAc, in an article for Psychology Today, coffee may actually alleviate anxiety.

(Side note: “buongiorno” means “good morning” in Italian, and nothing predicts a good morning better than a nice, panic-free, cup of joe. So Bongiorno's piece on the matter is especially ironic. But I digress.)

The rationale behind Bongiorno’s claim hinges on a few physiological factors. For one, the reason why many of us feel a little happier after our first cup of coffee in the morning is because “caffeine helps the brain release dopamine into the prefrontal cortex," which Bongiorno explains is “a brain area important for mood regulation.”

Not only does caffeine release dopamine, it also stores it “in the amygdala, another part of the brain important for anxiety regulation.”

The good news for us coffee drinkers doesn’t stop there. Research also suggests that coffee can lower the risk for depression.

Bongiorno references one study, consisting of more than 50,000 elderly women, in which researchers compared women who drank coffee daily with those who drank one cup or less a week.

Results showed that those who drank between two and three cups of coffee per day had a 15 percent lower risk for depression. At four cups, that risk dropped to 20 percent.

So, the more coffee you drink, the better it is for you? The next time you're feeling sad or depressed, you can just down a few cups of coffee and throw back a few more espresso shots to boot...right?

To quote the great Lee Corso, “Not so fast, my friend.”

Bongiorno urges us to be careful because, like with most things, there is a limit to how much good coffee can do. One Finnish study gives us a better idea of just how much coffee is too much coffee.

In the study, researchers found that test subjects who consumed up to seven cups of coffee experienced a gradual decrease in risk of suicide. On the eighth cup, however, that risk slowly increased with each additional cup consumed.

In my mind, suicidal ideation in this case seems to be an effect of overindulging -- and not so much coffee's fault.

Still, though, moderation is key. There appears to be more than enough evidence to suggest that coffee can help combat anxiety and depression. But too much of anything is never good, and coffee isn't the exception.