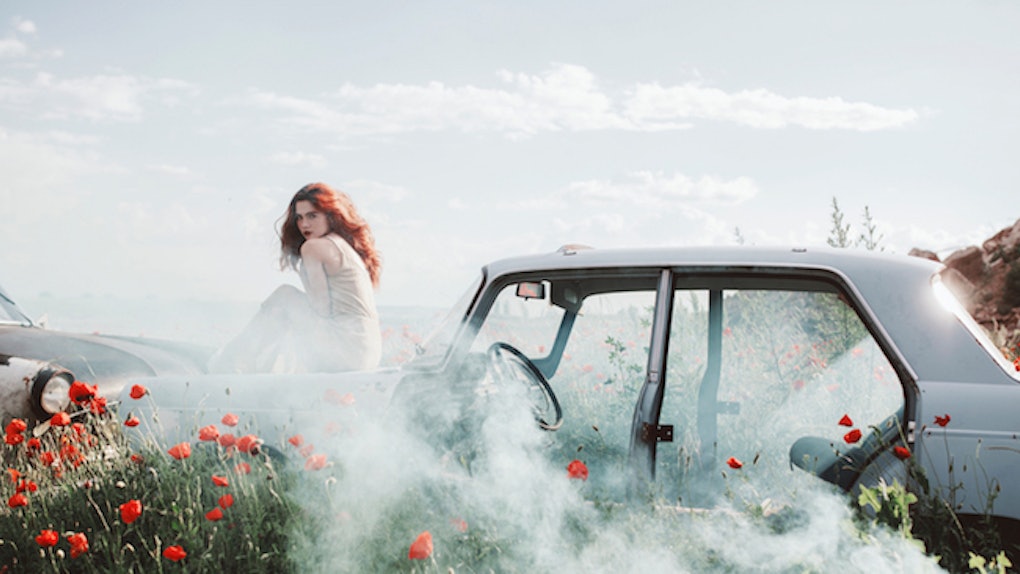 What Is A Stellium? How To Interpret Your Zodiac Chart Accurately

One thing I've always loved about astrology is that even after 15 years of studying it, I am constantly making new discoveries.

The most recent discovery I made was thanks to the Instagram account of @astromemequeen, whose bio reads, "talking about astrology IRL has put a strain on all my personal relationships so now i meme about it." I can relate. So. Hard.

In looking at one of the accounts memes, I came across a few mentions of an astrological term I'd never heard before, called the stellium. This sent me down an zodiac rabbit hole that lasted a full three days.

Having a stellium in your birth chart means you have three or more planets in a particular sign. Keep in mind that the sun and moon are considered planets in astrology.

So, having your Mars, Venus, and moon in the sign of Pisces would give you what's called a Pisces Stellium.

People who have a stellium in their chart may relate more to the qualities of the sign their stellium is in than they do to their own sun sign (the sign that directly relates to the day of your birth).

For example, my sun is in Pisces, but my Mars, Saturn, and Pluto are all in Scorpio, a sign I've always felt more closely connected to than my sun sign.

Likewise, if you have your sun in budget-friendly Capricorn, but you have a Taurus stellium, you're much more likely to splurge on creature comforts.

How To Determine If You Have A Stellium

To find out if you have a stellium, you have to get a copy of your birth chart. If you have an accurate time, place, and date of birth, you can actually look up anyone's birth chart using this link.

Enter all your info, and you'll see a graph come up that looks something like this:

In the left column, the planets are listed, and in the right column you can see the sign that planet is in. In my chart, the planets Pluto, Saturn, and Mars are all in the sign of Scorpio.

Three or more planets make up a stellium, so there you have it, a vengeful, obsessive, secretive Scorpio stellium.

Does this explain why I've been out to get revenge on my high school boyfriend for 20 years? Probably.

Does it explain why I'm inexplicably lying about which ex-boyfriend I'm actually out to get revenge on? Definitely.

Astrology can't answer all your questions and it isn't meant to, but it does provide some insight into understanding yourself.