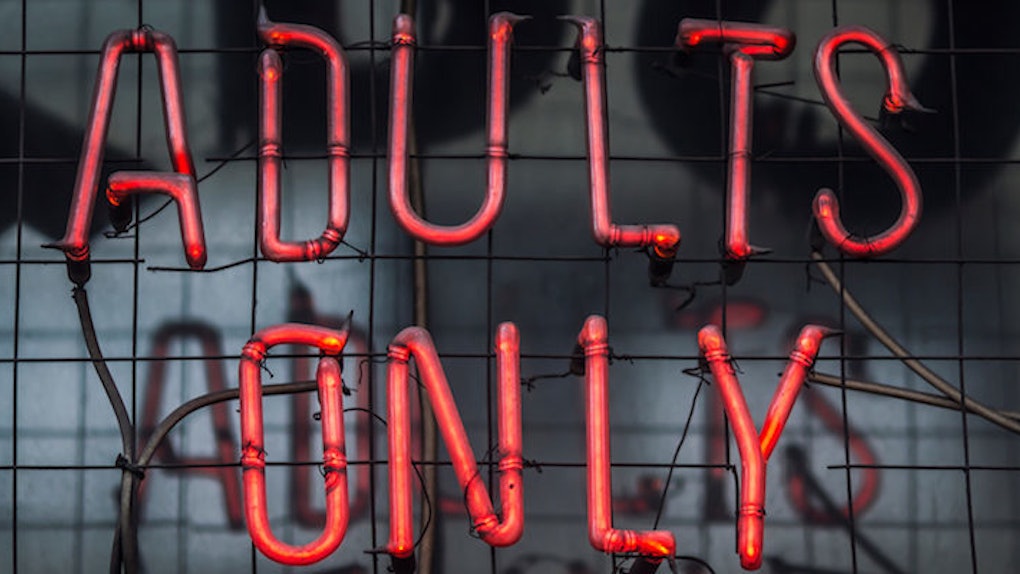 A dancer once explained to me the reason strip clubs exist, and the answer works on three levels.

If you go to the strip club (or are thinking about doing so) and belong in that third group, it's time you reconsider.

Strip clubs truly do a great job of letting men escape from reality. But if you are going because something is lacking in your life, I would suggest you turn back around.

My first visit to a strip club was with a friend and served to continue the long-standing and odd tradition of inviting low-nature sexual behavior as a means of celebration. Every visit after that, however, was about me, as I began going by myself, and going rather frequently.

These visits were about me trying to capture happiness through temporary fulfillment. It was about filling the voids I had in my life. It was about escaping the reality of my struggles in what I perceived to be an increasingly hyper-sexualized society. Someone with that mindset has a lot to lose at a strip club, and it is easy to get caught up in the fantasy.

I don't blame myself for wanting to continually enter that fantasy. I understand why strip clubs appealed to me and men like me. Most guys enjoy going to a strip club on a very basic level. As a club manager once told me during a discussion on why men go to strip clubs, "Men like seeing boobies."

The fantasy is in the visual and knowing you can get it without the effort, but for me, the fantasy was in the stimulation those visuals gave off. It wasn't enough to merely see beautiful women; I wanted to experience and "feel" their presence.

The calm social atmosphere that strip clubs offered allowed me to escape from my issues outside those walls. Real world dealings with women, dating and relationships were angst-ridden. They required me to be charming, socially attractive and daring.

Strip clubs didn't ask me to be any of those things. As long as I had money and could hold a conversation, I could be approached by a lovely, half-nude woman and enjoy her company. For one night, the pressure could be taken off me. At a time when I wasn't dating and dealing with approach anxiety, that relaxed environment was a godsend.

It's amazing how quickly things escalate when you find yourself drawn to something as a temporary fix to a real-life struggle. Going to the strip club for the first time with a friend heightened to developing faux connections to relieve the emptiness from the lack of a real relationship. I wasn't going to the strip club to be entertained; I was going in hopes of having my issues cured.

These places served as a hospital for my loneliness, and each physician had a new means of treating me.

So what caused me to stop going? The "treatment" I received late one night left me feeling disgusted in myself and the man I had become. I have always taken pride in knowing that my higher nature can keep my lower nature at bay. That night, I knocked the angel off my shoulder and allowed the devil to take the steering wheel.

I'll put this bluntly, without going into details: I accepted a sexual favor from one of the women in a backroom.

I know of men who would be excited by that possibility. I have had men ask me what they can do to get something like that to happen. I unfortunately know the answer. I also know the shame I felt that night.

I was no longer looking for temporary relief. I had spiraled to allowing the strip club to fully replace my reality. I stopped caring about what I wanted in my real life. I preferred to take the easy road. I drove home that night in tears. I saw myself at my lowest and most animalistic form. I didn't just consciously degrade a woman; to a loose extent, I degraded myself.

That's why I stopped going to the strip club in search of things that were missing in my life. I saw I had to come back to reality and work on letting my higher nature take control again. Strip clubs were never going to satisfy the things I truly wanted out of life. They were only going to bury me further into the depths of my own pity.

There were two realizations that helped me stop going to strip clubs for my own purposes and using them to escape my problems. First, I had to pose the following question to myself: What does it say about me that I prefer to spend my nights at the strip club, alone, associating with men exhibiting their worst nature? I firmly believe there is a lower nature (be it diminished or overpowering) in every person, but that doesn't have to define or represent who we are.

There is a real discussion to be had on whether or not strip clubs are degrading to the dancers, but here's what I do know: I was using these women to make myself feel better, all the while demeaning and losing respect for myself as a man. I didn't want to be "that guy" any longer.

Second, bending the realities of intimacy and companionship was screwing with my head and causing me to lose touch with how relations actually operate in real life. Strip clubs made the art of socializing with women very easy, but nothing about those interactions were genuine or sincere. I stopped grasping how real conversations and real connections with real women work, causing dependency on an environment that stripped away (no pun intended) those concerns. It was a crutch that only created a deeper trench of emptiness. In order to fill that void, I had to come back to reality and rid myself of a world that only served to warp it.

Guys like me shouldn't go to strip clubs. A place meant to serve as mindless entertainment (for both men and women) really makes its living on men like me hoping it will cover up areas in my life that are lacking. Those areas lie in the middle of the conflict between our lower and higher natures. We have long-term goals of the heart in the realm of relationships, but the impulse of settling for something guaranteed yet faux is always tugging at us.

The fight for those missing areas is difficult, but shouldn't be dropped in exchange for devaluing ourselves and others. Strip clubs are not an inherently bad place. But they can be toxic for men wanting something beyond what's offered on the surface. A couple of hours of bliss is tempting. But stay within reality. The fight is ultimately worth it.